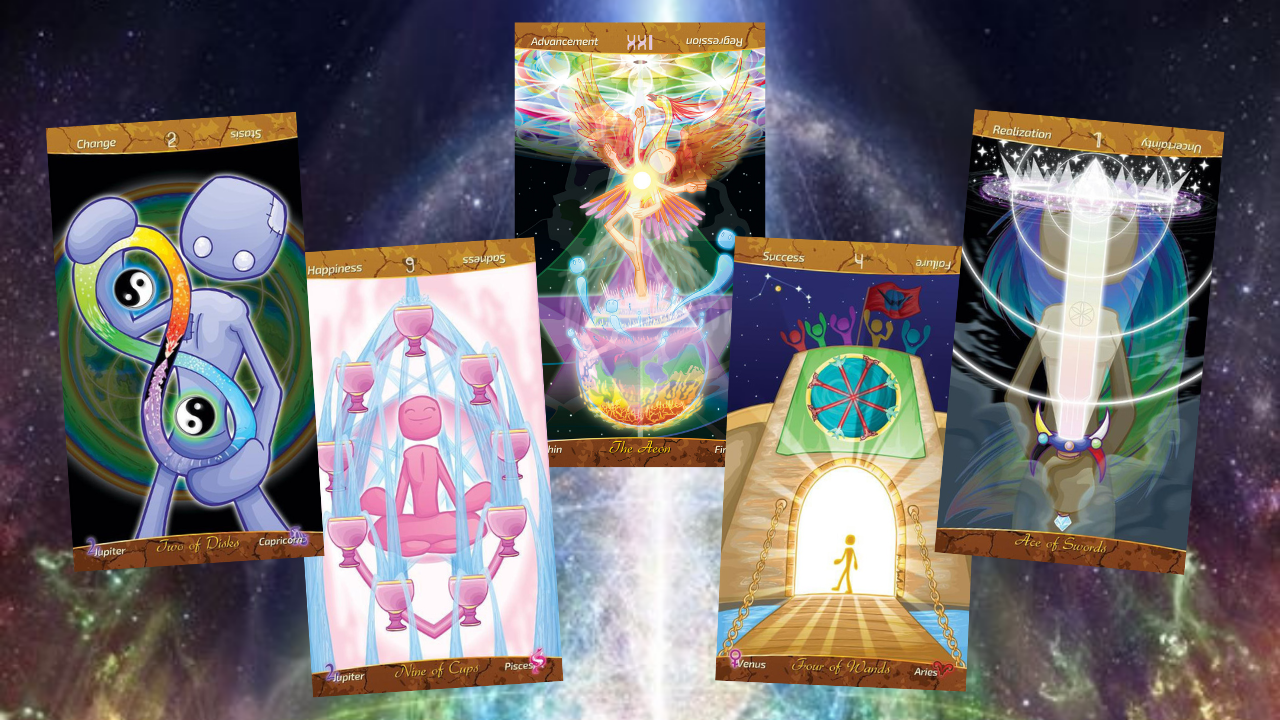 Those who never had a chance to read a card or try to work with them will always be left wondering.

But the people who have worked well with the cards know how much value is found in each one. If only people put more faith in what the cards say, they will realize that they can reveal so much more about life.

What Do The Cards Mean?

Here are five interesting facts about tarot cards you need to know:

In ancient times, the Europeans were very much interested in card games and storytelling. In their desire to do both simultaneously, they started making image plates. These were much like reading playing cards, but the only difference is that it came with images.

The cards were then used as a popular game that involved storytelling. The earliest versions of the game included several players with the cards arranged in random order. Every player made a narrative based on the symbol contained in each card.

The first usage of tarot cards was not anything of a psychic nature. They were more about creativity.

Fact 2: Tarot cards were all about stories

The tarot card deck used to be played like a game of cards. It was fondly called "cards of triumph" because the cards came with ornate designs with figures and symbols that show travel and adventure stories.

During the first years on the market, tarot cards were used by players to share stories about different things. They based their stories around the card they randomly picked from the deck. The beautiful images inspired everything from epic legends to silly poems.

What seemed like an innocent beginning of tarot cards was transformed by the occults of the French traditions. They turned every card into something so mystical that the tarot cards' power is undeniable even today.

It was in 1781 when Antoine Court de Gebelin claimed that tarot cards were based on Egyptian texts. He published a study about tarot deck cards having religious origins, which made people think of how much power there is in every card.

While tarot cards have always been associated with the occult, they weren't always utilized by occultists in olden times.

Fact 4: Tarot cards can be interpreted in many ways

With all the stories about the history and origin of tarot cards, it is no surprise that several "readings" and interpretations of the cards have been made. However, it is essential to note that there are no right or wrong interpretations.

Every person who reads the tarot cards has his or her interpretation of what the card means. If you ask two people to read the tarot cards, expect to get two different analyses. Some of them may be similar, but they will always be different.

While you can find a lot of things when you ask a psychic to do a card reading for you, you can also learn a lot of tarot cards on your own. You can read about the different symbols used in the cards and what they mean.

Whether you are a newbie at a tarot reading or have been doing it for quite some time, your judgment is never wrong. The more you read about the cards and their symbols, the more you become knowledgeable about them.

Tarot cards have become an essential tool in psychic reading activities, but they do not only speak of the future. In truth, they reveal so much about the past and the present that can ground your understanding of life.

Fact 5: No tarot cards are bad

While some of the designs and symbols in tarot cards are slightly on the negative side, there are no bad or good cards in the deck. While the cards of Death and The Devil may inspire panic and fear, their meanings are not inherently evil.

Depending on the card reader's interpretation, these cards may reveal some issues in the past or present that you badly need to deal with. Every card can be interpreted in many ways, but your intent at the card reading will always drive what the cards mean.

The intention of the card reading needs to be expressed before the actual reading is done. This is to help the deck reveal the message that you intend to derive from it. The revelations will focus and revolve around your intentions.

How Do The Tarot Cards Work?

The tarot cards are used by psychics to help them read you and what you are thinking. Rather than speak of the future, the card opens itself up to the reader, and you, as the listener, will have to choose how you will take this information.

Even if the reading seems contrary initially, there is still hope that your take away message can be positive. It depends on your intent and how you take on the message that the cards reveal.

For example, the Death card may not mean your death, but it could say something new in your life. Learning about the tarot will only make sense when you try to explore it on your own.