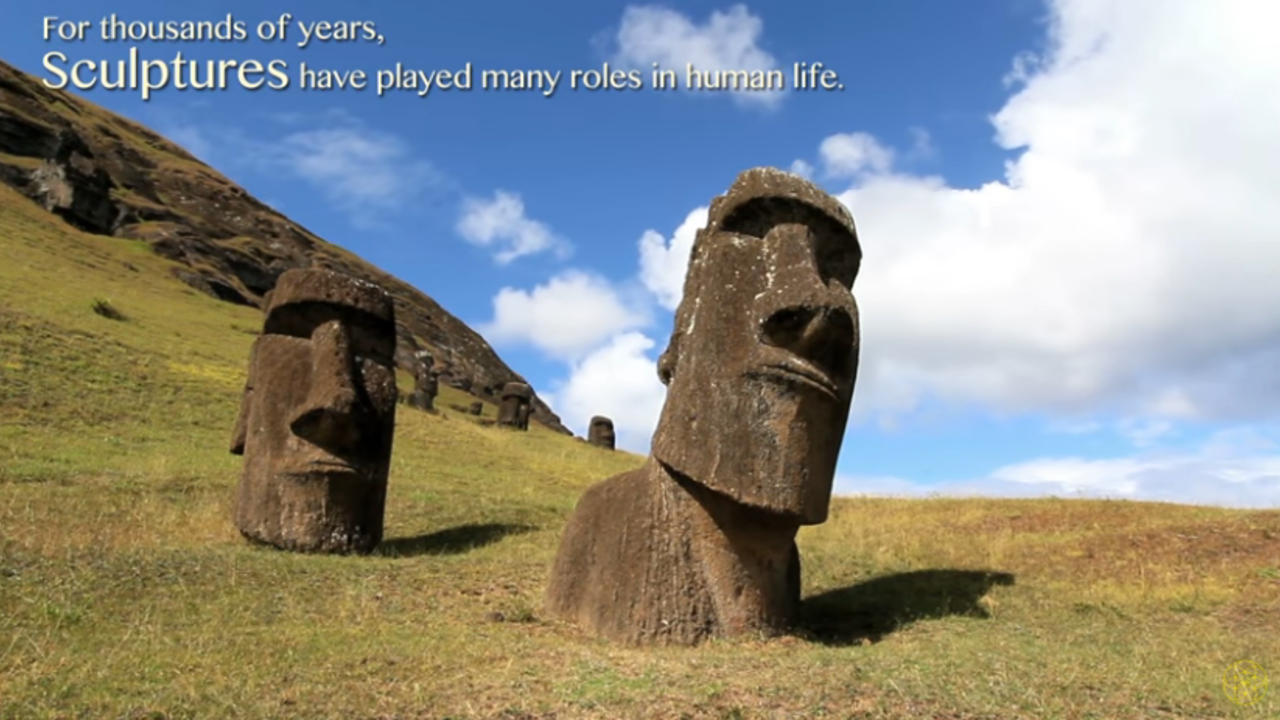 For thousands of years, Sculptures have filled many roles in human life. The earliest sculptures were most likely made to supply magical help to hunters. After the dawn of civilization, statues began to be used to represent gods.

Ancient Kings, possibly in the hope of making themselves immortal, would have their likeness carved, and thus portrait sculpture was born as an art form. The Greeks were also particularly skilled in their sculptures, and they made statues that perfectly formed men and women down to the phi ratio.

Early Christians and Catholics would decorate churches with demons, gargoyles, and devils, reminders of the presence of evil for the many churchgoers who could neither read nor write. The Japanese would also make magnificent sculptures to honor the gods of nature, called Kami, and both Chinese and Japanese cultures would sculpt statues to banish evil forces from the environment.

One of the most renowned statues in the world today is David, sculpted by Michelangelo during the Renaissance beginning when he was only 26 years old. It took him nearly four years to complete, and today it still bears the mark by historians and scholars alike as one of the most perfect statues on the planet.

Today, many artistic sculptures are created, which encourage us to think about the world in new ways and to see things differently than we did before. Thanks to the work of many aspiring artists, sculptures are an art form as important as writing itself and will continue to be so for eons to come.

It’s easy to create your own as well, even if you don’t have any formal training or technical, artistic skill – anyone can do it! All you need is some clay and some patience to carve together an image of whatever you want to express. It’s great for those who aren’t the most hands-on, it helps teach us how to be precise and careful with our hands, and proves that we can truly create anything we put our mind to.

The Hidden Spirituality of Nightmare Before Christmas
hidden spirituality video
Dec 03, 2020
How To Use The Law Of Attraction
articles manifestation & loa
Dec 03, 2020
Find Out How Writing Helps With Healing
articles energy updates health & wellness
Dec 03, 2020