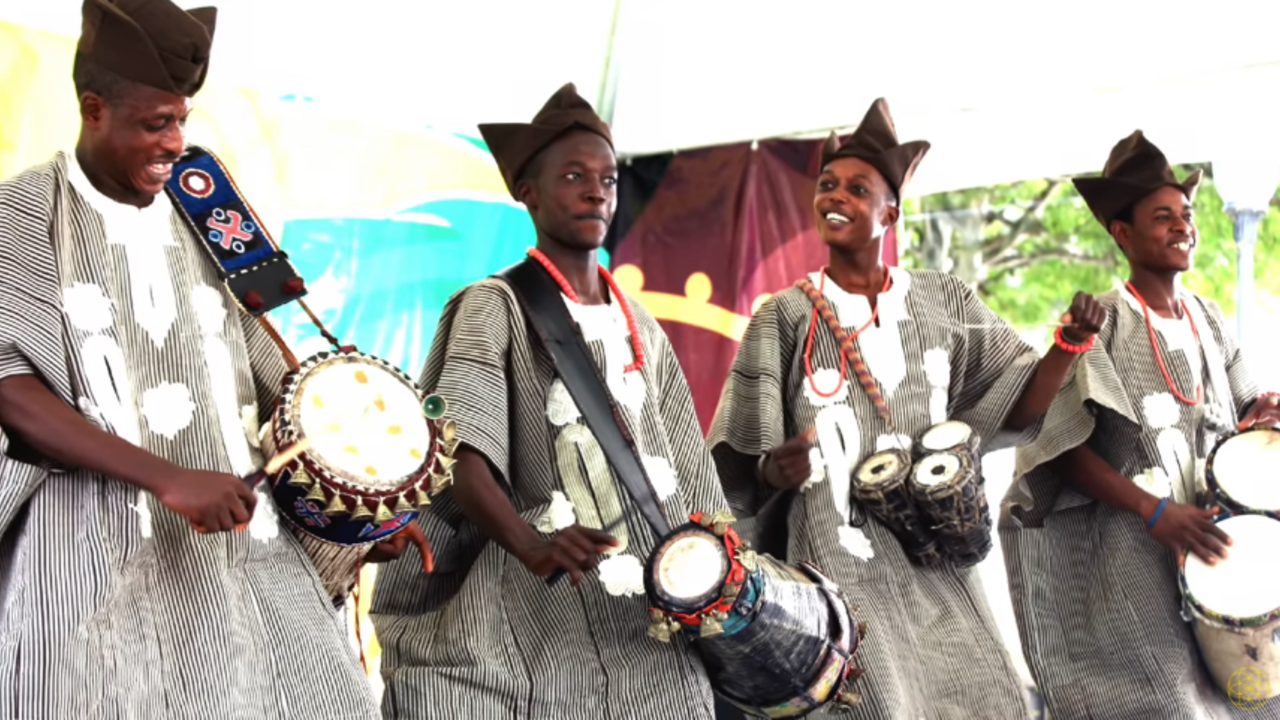 The Faith of Yoruba is comprised of the traditional religious concepts and practices of the people found primarily in southwestern Nigeria and the adjoining parts of Benin, and Togo, commonly known as Yorubaland. It is a vibrant way of seeking inspiration and energy from deities, ancestors, and other beings so that people can live fulfilled lives. The essence of it is a divine journey to the inner self and to God-consciousness. The tenants revolve around this: Oneness with the Creative Essence brings about a wholeness in the potential of the human essence.

In the Yoruba faith, there is one supreme God, named Olodumare, also called Olorun, who is the creator of all things, and responsible for the creation and upkeep of what he has made. Yoruba is Animistic in nature, and thus many of God's creations are Spirit Deities which inhabit different aspects of life and reality. They do the supreme work of Olodumare and keep and maintain the cosmos in perfect order and harmony.

These deities are called Orishas. Many people honor and seek the aid of one or more of the deities called Orishas. They act as holy messengers and a sacred bridge between God and mankind. Creative energy called “Ashe(ah-shay)” flows through everything, and Ashe literally translates to command and authority. It also often means “So Be It” or “So it is”

This is an African philosophical concept which the Yoruba conceive to make things happen and produce change. It is given by Oludumare to everything, gods, ancestors, spirits, humans, plants, rocks, rivers, and even songs and conversations. Existence, according to Yoruba, is dependent upon it. A person who, through training, experience, and initiation, learns how to use this essential life force is called an Alaashe.

Public and private rituals, sometimes including sacrifices, are conducted to celebrate and enhance these relationships with the Orishas. They are expected to benefit the devotees as well as the deities or ancestors, especially by the sharing of “Ashe.” Religious knowledge is conveyed through divination systems, empowering stories, traditional practices, and dramatic festivals often involving masks, and drums.

During the 15th and 16th centuries, the Yoruba empire experienced fusion with Christianity because of European influence as well as the slave trade. Many individuals creatively fused their Orishas with Christian Saints, and Yoruba spread around the world through the slaves.

This religion has many similarities with other African traditional religions, including the ways in which it has creatively fused with other religions in the global Yoruba diaspora. It manifested as Santeria in Puerto Rico, Candomble in Brazil, Shango in Trinidad, Voodun in Haiti, and Lucumi in Cuba, complete with language and cultural mannerisms intact.