Get To Know The Difference Between The Major And Minor Arcana 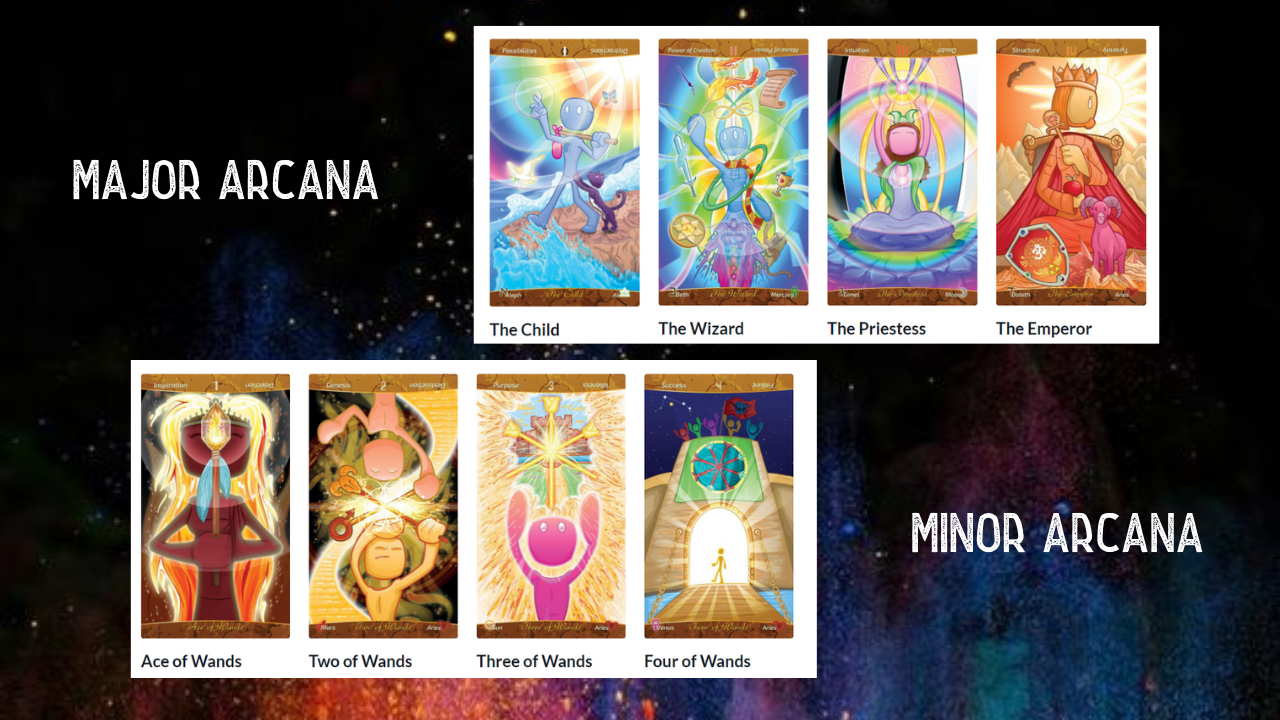 What is the first thing that comes to mind when you think of tarot cards? Do you think about how you can shuffle them and play with them? Or do you immediately associate them with predictions of the future?

Perhaps you have thought about all of these when you first think about tarot suits. In truth, before they became known for reading or cartomancy, these cards were first played with. These cards were initially made for amusement.

Those who played with tarot cards before used it alongside a storytelling technique. Each player had to make up a story about the image or symbol shown in the card. The more intricate the symbol, the more interesting the story. In the end, everyone wins.

They were able to play with the cards and share stories with everyone too.

Over time, what used to be just playing cards became the tarot guide. People began to tap on the spirits to send messages through the card. The images used to be just pictures until they became symbols of the future.

Indeed, tarot cards have traveled a long way from its humble beginnings. Today, it has made its mark in foretelling people's fortune and gained a lot of following.

What Do The Tarot Cards Reveal?

Readers of tarot cards use it as a tool to make prophecies. They harness the energy from the ground and use it to make a reading of what the cards reveal. Most of the time, a tarot card reading session begins with the expression of intention.

Much like anything materialistic in this world, tarot cards use the intention and the energy from tangible things to reveal messages to those reading the card. With enough knowledge about tarot cards and what they mean, the reader can then make prophecies.

They work with the power of interpretation, trying to learn what the cards reveal based on the intent of the one asking for the reading. If there is something that needs to be sheer when it comes to tarot card reading, it depends a lot on the gut's power while keeping the faith.

What Type Of Cards Are In Every Deck?

Every deck of tarot cards is composed of 78 cards. These cards are divided into two categories:

Each of the cards is designed to be intuitive in revealing details about the life of an individual. During a reading session, the cards are laid out into different combinations of spreads to guide the one doing the reading.

It is important to note that the message that the tarot cards reveal is not the end-all of a future prediction. This means that the cards show a foundation of what the future might be so that you'll have an opportunity to do something to change your future.

Think of it as a way of seeing the future, then having the power to change it as you wish. You are responsible for your future. Whatever happens, including the good and the bad, the tarot cards are not to blame.

What's The Difference Between The Major And Minor Arcana?

The Major Arcana cards are made up of 22 cards

These are the ones responsible for the significant aspects of a person's life. As the name suggests, the cards on this deck represent that major transitions in a person's life.

It follows the Hebrew alphabet, and the cards are numbered from 0 to 21. The journey commences on the first card—The Fool—and it culminates in the last card—The World.

The Major Arcana personality looks into some of the small events leading to make the bigger one. This pack has less number of cards compared to the Minor Arcana. This is because it wants to emphasize that there can be many small events in a person's life, but there will only be a few that's truly life-changing.

The more significant aspects of life that the cards represent include love, hope, traditions, and religious beliefs, to name a few. The reading of the tarot cards using the Major Arcana talks about energy from deep within and how it is affected by the energies around you.

The Minor Arcana comes with 56 cards

The Arcana of Astrology covers the daily issues that an individual deals with on a day to day basis. As the name suggests, these are the cards that talk about the minor issues in a person's life.

These are the cards that serve as the zoom-in lenses that allow a person to see what affects them, what emotions they are going through, and the qualities they possess that make things as they are.

The Minor Arcana covers the small events that occur in the life of every person. This includes their passion, people, actions, decisions, and other things representing what their daily lives are like.

These are the deck's cards that make you control the energy you can absorb in life. They are associated with the four elements of life—Air, Water, Earth, and Fire.

The Minor Arcana is divided into four suits:

Each of these suits is composed of 14 cards. Ten of these cards are the numbered ones, while the remaining four are court cards.

What Makes You Trust Tarot Cards?

Your intent for the tarot card reading will make you decide whether you can trust it. The cards will only reveal messages based on the intent you expressed before the card reading session began.

Can you trust the tarot cards to reveal the truth? They will if you are true about your intentions. When you decide on a card reading to be done, you are doing so, not because you want to know the future.

You come in because you want to put your faith in the cards. What they reveal is not to please you. Rather, they reveal the message to help you be more in control of your life. The cards can only speak of what you can and cannot do.

The action you take is all on you.