The Essence of Tarot 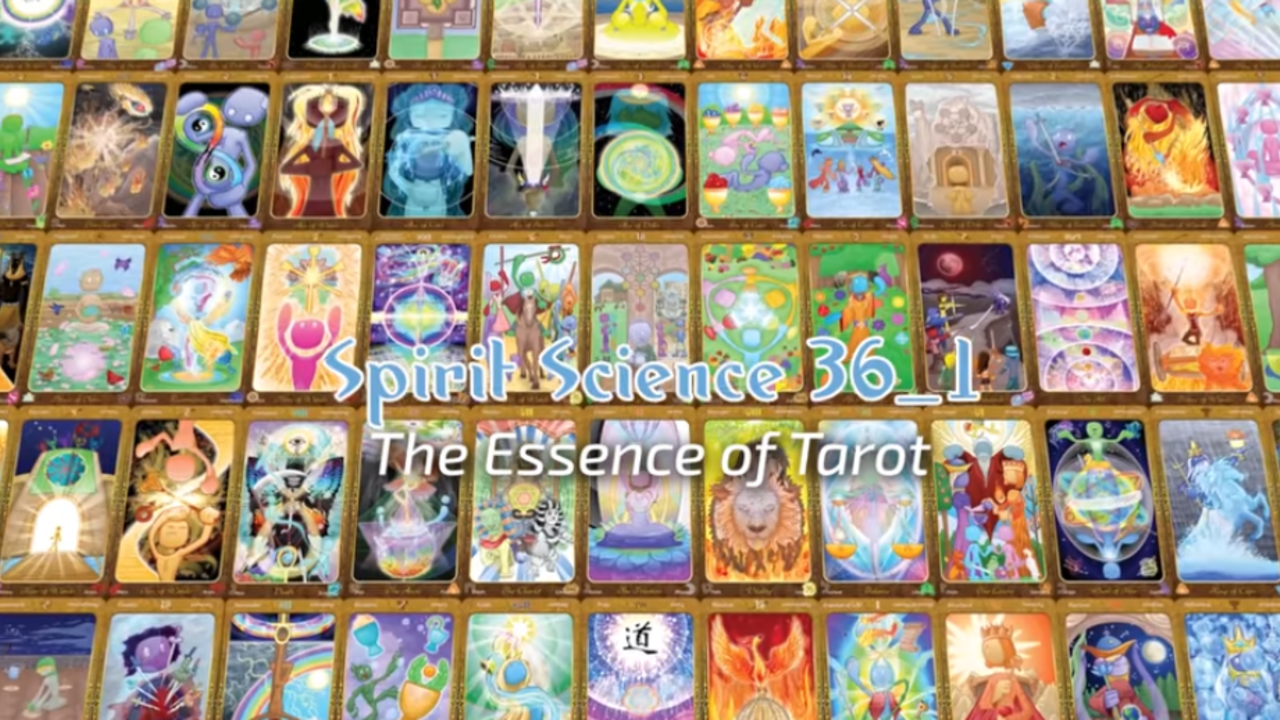 What is Tarot? In Essence, the Tarot is a detailed pictographic diagram of the universe and everything within it, and is based on many ancient teachings and spiritual practices; including but not limited to the Holy Qabalah and the Sacred Toroidal Field.

Tarot encompasses the five elements (physical earth, emotional water, mental air, spiritual fire, and the astral – ether), describing how these five geometries weave together to depict the totality of life experiences and the structure by which the laws of creation are set.

Tarot is a language of symbology, numerology, cosmology, geometry, and art – which fuse together in an intricate web of ideas providing a means by which one’s consciousness can engage, and come to know itself better with. The Tarot then becomes a guidebook through the many different aspects of life and supports a higher understanding of one’s experiences in a deeper, more meaningful way.

A Brief History of Tarot

The history of Tarot has the potential to be quite a lengthy exploration, and so here we shall only discuss the basics. The story appears to begin with the emergence of the cards in the mid-1300s among the wealthier members of society who would use the cards as simple playing cards. To them, there wasn’t anything mystical or spiritual about it, it was just a toy. For several hundred years, they were just that, and nothing more.

However, in 1781 a man named Antoine Court de Gebelin published a book called “Le Monde Primitif”, in which he hypothesized and linked these popular cards to the ancient Egyptians; in particular, the writings attributed to the sage known as Thoth. When these cards first emerged, the writings of the Egyptians and Greeks were almost altogether unknown, due to the destruction of the Library of Alexandria by angry mobs a thousand years prior to their re-emergence in the period known as the Renaissance. 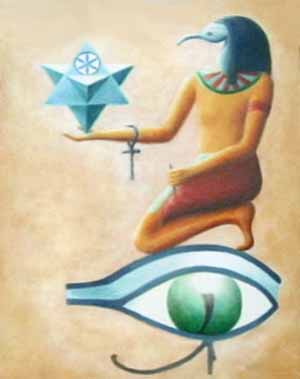 Gebelin’s work in the connections between the Tarot and the Ancient Egyptians propelled a massive surge of spiritual awakening in the esoteric communities, and Tarot soon became realized as a powerful tool for divination. This, however, was only just the beginning for the Tarot, for in the 19th century a French occultist named Eliphas Levi became the catalyst for the connection between Tarot and the Kabbalah. Through his work, now Tarot had not only been linked to the Ancient Egyptians but the Hebrews' mystic sect as well. This would put the symbolism within the Tarot to potentially share roots to the time of pre-Exodus when the Hebrews were still under Egyptian rule. 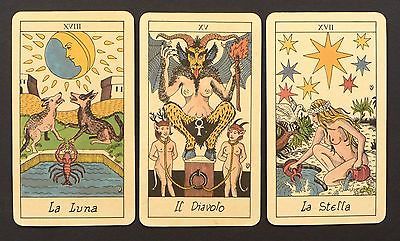 However, all of these connections which are powerfully demonstrated are still the only speculation in history, due to the fact that the oldest cards that are available in history are from the 1300s, and there does not appear to be any record of them prior. Speculations seem to suggest however that whenever these cards were first drawn, they were likely done so by a hand who had a great deal of understanding – or at least – drew from older sources of information which correlated these ancient faiths.

In 1888, the connections between Tarot, Astrology, Numerology, Jewish Kabbalah and the Ancient Egyptian Mysteries would be realized in a much brighter light, by the work of an established esoteric order called The Order of the Golden Dawn 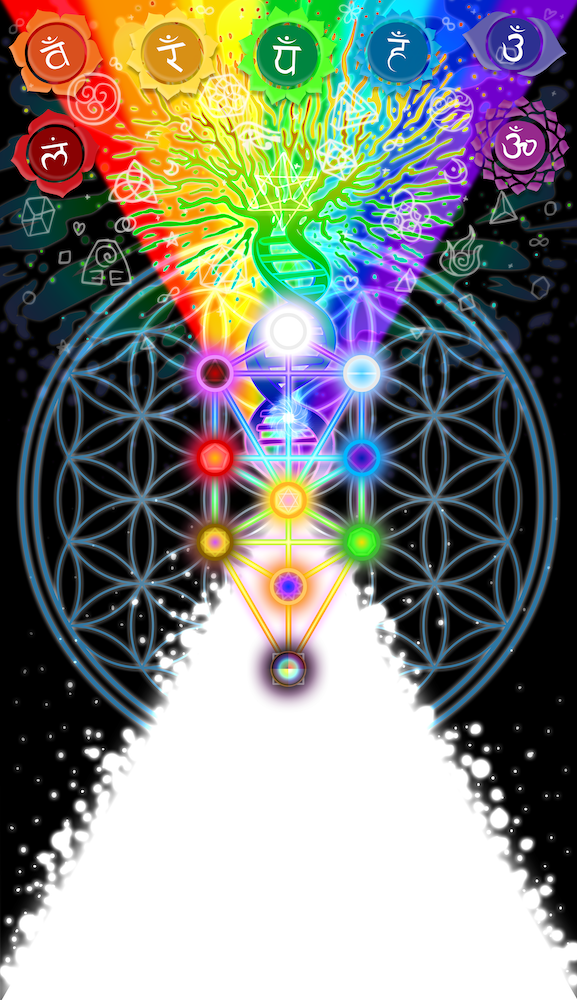 This Order drew a tremendous number of parallels between these ancient systems and established a new modern understanding of the Tarot (among many other magical practices), and thanks to their work, began a new age for modern Tarot. Almost all of the decks which are available today are based on the two principle decks which emerged from the work of the Golden Dawn, which are called the Rider-Waite-Smith (or simply Rider, or Rider-Waite), and Thoth Tarot.

However, regardless of the history of the Tarot, there is one thing that remains an inherent truth which applies to all things, but especially this subject: The history of Tarot does not make a difference. This can be summarized by this exquisitely simple quote by the author of Thoth Tarot, Aleister Crowley – “The origin of Tarot is quite irrelevant, even if it were certain. It must stand or fall on its own merits.”

One thing that should be noted about the Tarot and these esoteric connections is that for most people, the information is quite impenetrable. There are tens of thousands of books available in the world which seek to explore and dissect the symbolism of Tarot, and the understanding of the ancients for the modern mind; however there is so much information, that it is not easily comprehensible without a great deal of study. This brings us to where we are now, and the creation of a new deck – which seeks to make known the hidden mysteries in a simple, yet comprehensible manner: Patch Tarot.

What is Patch Tarot?

Over the ages, many different Tarot decks have been crafted. Patch Tarot is a continuation and evolution of today’s most prominent Tarot decks of the past hundred years. This deck is a purposeful fusion of the most prominent symbolisms and descriptions across the most notable decks, into a singular unified Tarot deck made for you – the modern alchemical scholar. Herein you will find all of the familiarity of other great Tarot packs, such as Thoth and the Rider-Waite-Smith, along with a touch of Patchman for good measure.

The Book of Patch 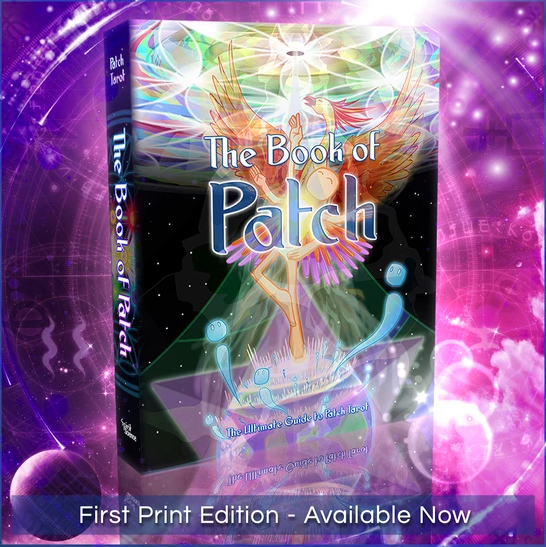 Along with Patch Tarot comes a new literary work from our own hearts – The Book of Patch. This is an in-depth explanatory textbook adventure about Tarot, and specifically – Patch Tarot. Similar to Aleister Crowley’s “The Book of Thoth”, this book dives into each card in Patch Tarot, looking at how and why they exist, what their purpose is, and how they fit together with each other.

The Book of Patch also offers in-depth discussions on the esoteric relationship between each card and card sets, going into depth on the Qabalah, Astrology, and Numerology of each card. What you find here on this website contains an abridged version of the Book of Patch, which is more than enough for any avid learner to get started with, and might even be beneficial for you seasoned experts out there.

The Book of Patch is now available for Print! Click here to view it in our shop!

Stepping into the Tarot

Now that you have an idea about what Tarot is as a whole, we can begin to break down the various ways in which this system is established. It is generally observed that there are two or three predominant sections within the cards; the main two are called the Major Arcana and the Minor Arcana. The third section is called the Royal Arcana, but are traditionally observed as the “court cards”, and most often attributed as an aspect of the Minor Arcana because they deal with the principle forces of each suit of the Minor Arcana. In Patch Tarot, and in the support of learning, we have agreed that these court cards are their own unique system unto themselves, and thus delineate this section as the “Royal Arcana”, but will also use each term (Royal Arcana and court cards) synonymously throughout this material.

The word “Arcana” is a Latin word which translates to “Mysteries” or “Secrets”, and so these three sections translate to say: The “Greater (Major) Secrets”, “Lesser (Minor) Secrets”, and the “Total (Royal) Secrets” – this last one can also be observed as the “Familial or Hierarchical Secrets”, because they describe the hierarchy of elements in the makeup of the universe and across the planes of creation, essentially describing how the various suits of the minor arcana interact with each other. The use of “total” comes from the etymological definition of a royal from the 13th century, which also may translate as “splendid”.

As previously mentioned, within the Tarot there are five elements described. These are Earth, Air, Water, Fire, and Ether. Four of these suits collectively make up the “Minor Arcana”, and the fifth element is then represented by the entire 22 cards of the Major Arcana. The Major Arcana is sometimes numbered 1 to 22 but in Patch Tarot, we have decided to stay with the traditional 0 to 21 numbering system, because of the numerological symbolism associated with “Zero” as a sphere or voidness, which is quite appropriate when you understand the nature of the card titled “The Fool”, which is related to this number… or rather, lack of number.

The Minor Arcana contains ten principal cards for each respective element, thus making a forty card grid with ten numbered cards for each of the four elements. The Royal Arcana has sixteen cards with four members of a royal family for each element. This is virtually identical to a modern-day playing deck of cards with the Jack, Queen, and King; but with the addition of a female mirror of the Jack, most often titled as a Page or a Princess. In a very simple sense, modern playing cards were a game-focused adaptation of the Tarot, with much of its spiritual significance removed. There is a lot more to this story, but we’ll save that history lesson for another time.

Each section of the Tarot individually tells their own story; sharing an image of the circle of life from different perspectives, utilizing numerology, symbology, ancient esoteric wisdom, astrology, and much more. Therefore, the more that you learn, and the deeper you go into these subjects, the more and more the Tarot will speak to you. In Patch Tarot, we’ve specifically included a number of keys around the edges of the cards, in order to highlight the most important aspects of the cards, and support you in your spiritual learning.

To learn more about Patch Tarot, check out our site completely devoted to it!

The most misunderstood cards:
https://www.collectorsweekly.com/articles/the-surprising-origins-of-tarot-most-misunderstood-cards/

A brief history of Tarot:
https://www.thoughtco.com/a-brief-history-of-tarot-2562770

What every newbie Tarot reader should know about the history of the cards:
https://marykgreer.com/2011/07/19/what-every-newbie-tarot-reader-should-know-about-the-history-and-myths-of-tarot/

An esoteric history of Tarot:
http://www.salemtarot.com/tarothistory.html

Before they were divination tools:
http://www.ancient-origins.net/artifacts-other-artifacts/they-were-divination-tools-tarot-cards-were-playing-cards-005412