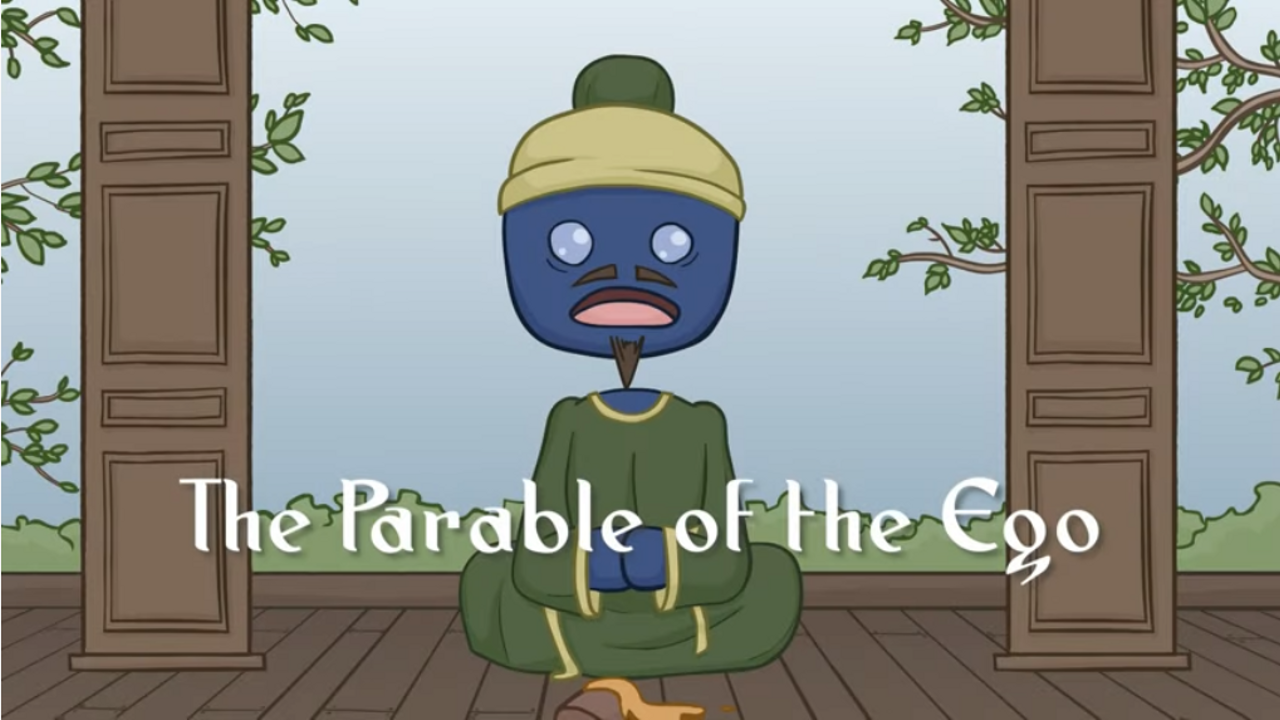 The Parable of the Ego is a lesson in managing our expectations, responses, and anger.  More so than any of that, though, it is a reminder to always be humble, despite whatever position you find yourself in.  The Prime Minister considers himself a genuine and humble Buddhist, yet is arguably at the top of their game, leading an entire Dynasty.  Despite his material position, though, he still accepts the fact that there is a master above him, and cheerfully goes every day to learn more.

The funny thing is...the Master also appears flustered and angry with the question, but I think this is more to be taken as a teaching method than a failure of the Master’s response. There is also something to be said of our attachment and expectation to an outcome.

Because of the Master’s great wisdom, the Prime Minister assumes the answer will reflect that -and it does, just not in the way he thought it would. Rather than surrendering to the flow, and allowing whatever will be, the Prime Minister builds up what he expects the answer to be before the Master has even said it. When things don’t go to plan, he becomes frustrated and anxious.

In essence, the Master uses an expression of ego of his own - to reflect the ego within the Prime Minister, ultimately as a teaching tool more than anything.

Perhaps the lesson here is that expectation and attachment cause our worries and anger, and that by surrendering, we will gain the right answer to our questions. Like many Buddhist tales, we cannot control how other people behave or how events unfold -like the ego wishes to believe, but we can control our own response to them. And in that lies the answer to our questions.