The Parable of Wanting God (Aka: The Brutal Hermit) 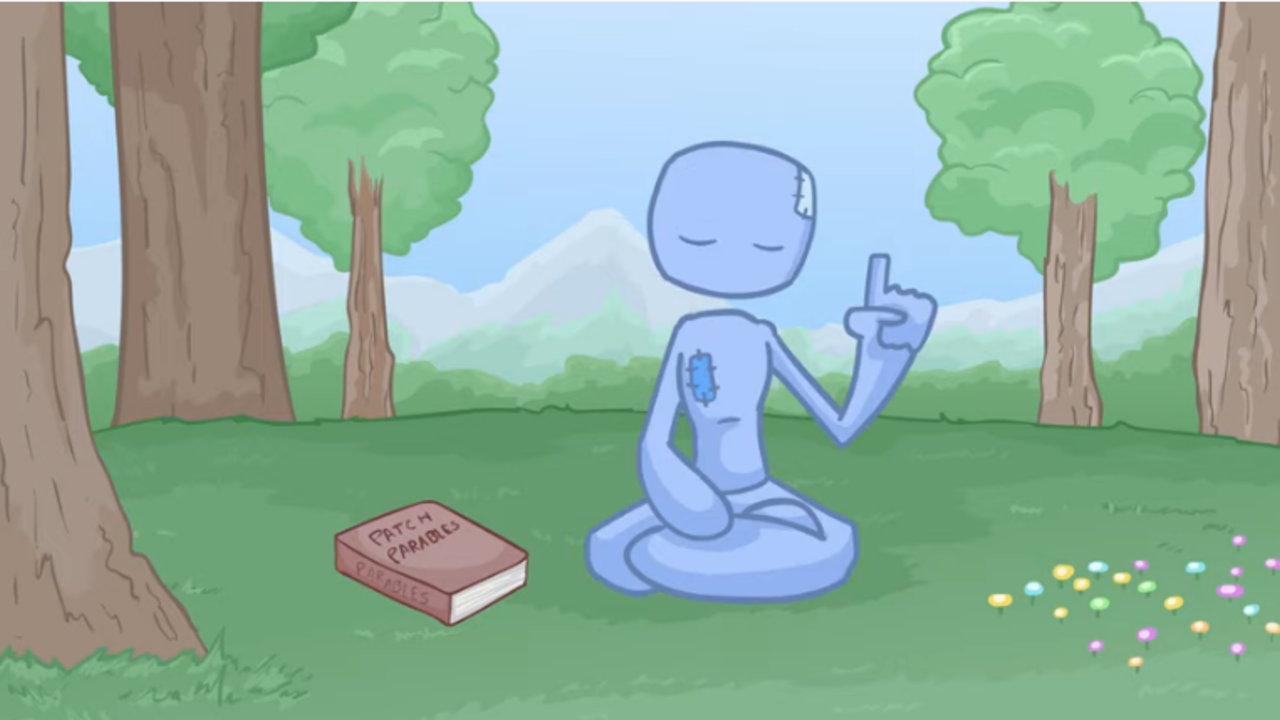 The Parable of Wanting God tells the remarkable tale of a Hermit who is absolutely brutal - and uses this brutal-ness to inflict lessons of wisdom and enlightenment to all who meet him... Pray you do not have to, save for in this short cartoon ^_^

A hermit was meditating by a river when a young man interrupted him.

“Master, I wish to become your disciple!” said the young man.

“Hmmm, why?” The hermit asked.

“Well, like… you know… to find God and stuff.” The young man responded.

The hermit jumped up, grabbed the man by the scruff of the neck, and then dragged him into the river and plunged his head under the water.

After holding him there for half a minute, with him kicking and struggling to come back up, the hermit finally pulled him up out of the river. The man coughed up water and gasped to catch his breath. Then the hermit asked…

“Tell me… what did you want more than anything when you were underwater?”

“Very well. Go home,” said the hermit, “and come back to me when you want God as much as you just wanted Air.”

This should be called the parable of the brutal hermit. I'll tell you that much! While we can mostly agree the methods probably aren’t the best way to teach someone... the poor guy probably has Aquaphobia now…..the Hermit does make a good point. Spirituality is a lifestyle. It’s a way of living life in alignment with your true self, being connected to the core of your being and the world around you...it isn’t something you can just turn on or off when it suits you. Many people who start on a spiritual journey may eventually become disillusioned with it because they find it isn’t really in alignment with them or their core values….or it isn’t what they imagined

In many cases, people sometimes want something but are afraid to give something else up in order to achieve it...as such, people often miss the simple truth of a spiritual path. I don’t meditate to gain anything. I meditate to lose it.

Contrary to what many religions may say, if you want to find God bad enough, you don't need someone else's help…but to find true wisdom, you must go after it with the same desperation as wanting air because in the way are many obstacles keeping you from actually finding it and applying it to life….but once you find it and apply it, the cultivation of wisdom leads to inner peace, purposeful living and relationships that work...but most of all..freedom.