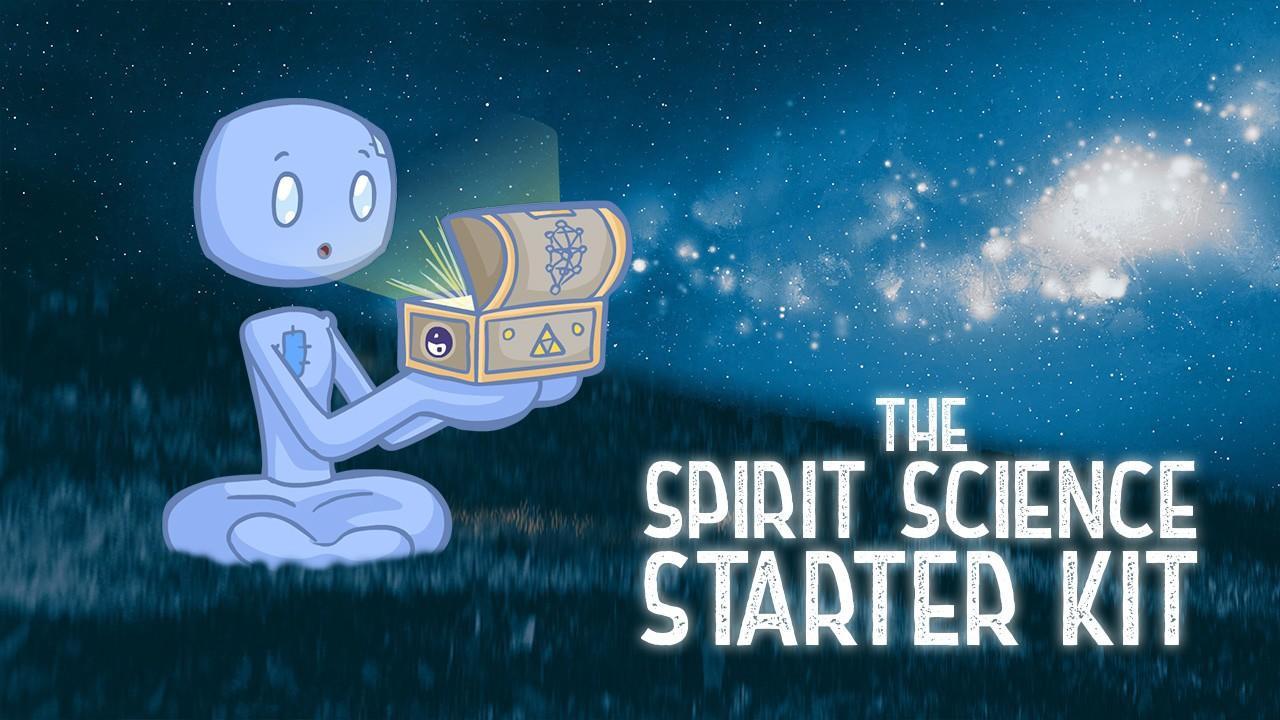 The True Home of Spirit Science on the Internet! 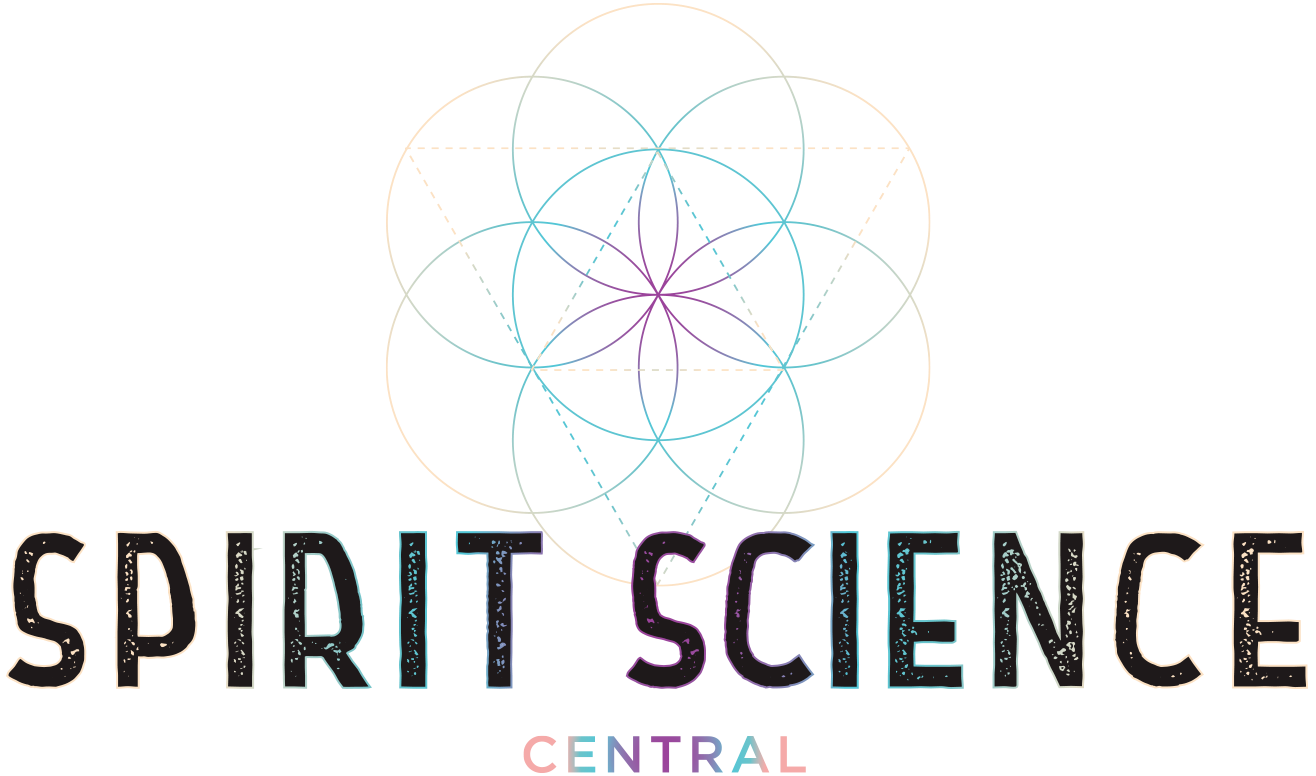 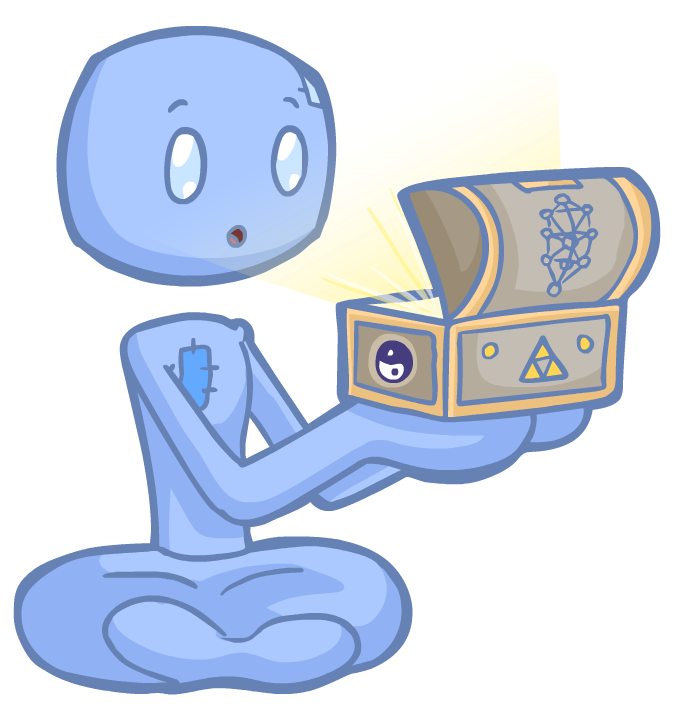 Get the Spirit Science Starter Kit!

All of this, and you'll receive inspirational updates from us. Don't worry, we would never spam you - promise!

Spirit Science began in 2011 by Jordan River as animated videos exploring "new age" subjects, first published on Newgrounds and Youtube. Since it's launch, Spirit Science gained a lot of traction across it's social media channels, amassing millions of subscribers worldwide!

Over time, Spirit Science evolved along with Jordan as he moved closer to his dreams of building an actual studio, a sacred space for individuals of like heart-and-mind to create all kinds of enlightening things together!

Here is a short video made back in 2012 showing how Spirit Science first came to be! (It's a little old, but it's still a lot of fun!)

Our mission at Spirit Science is to support you in your personal and spiritual evolution by providing a safe and sacred space to explore and experience your own spiritual journey.

Team Spirit - the creators behind Spirit Science - has the intention to share and discuss spirituality in an open-hearted way, with respect for all walks of life and honoring that which is beautiful and divine within all of us.

We are so glad you are here! We love reading and responding to your comments across our website, YouTube, and other social channels. Thank you for participating in the global conversation! 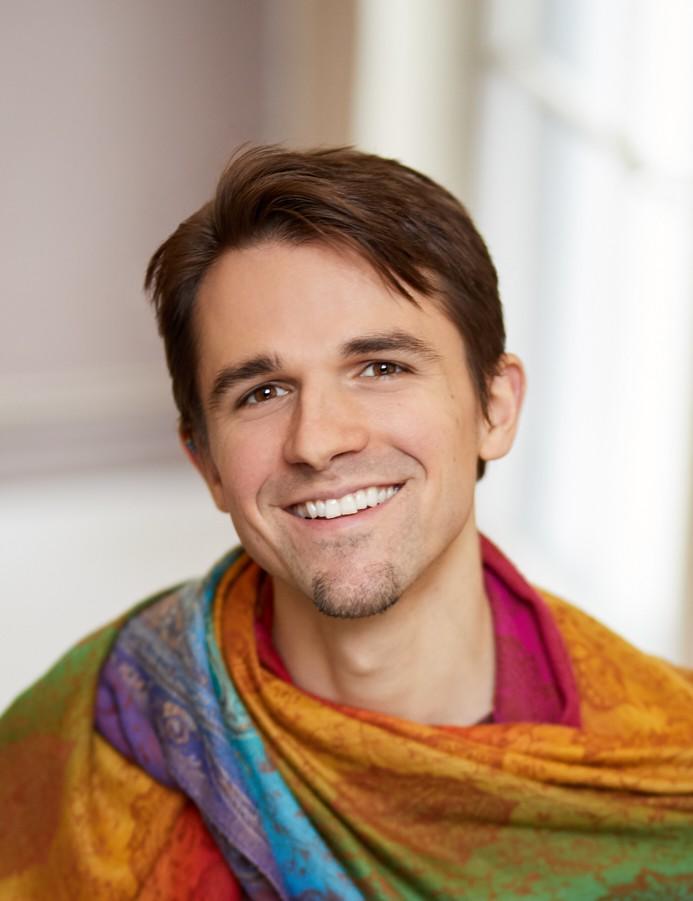 Jordan started Spirit Science in 2011 when his love of animation harmonized with his spiritual awakening, which began at the end of 2010. Originally this series started with the open hearted intention to make cartoons about his newfound passion for spirituality, and to share these spiritual discoveries with the world in a way that was easy to understand.

He never would have guessed that Spirit Science would have impacted as many people as it did, or that these simple cartoons would touch the hearts of millions of souls ready to share in the amazing world we are all a part of. All it took was a spark of light, and if ever there was a way to describe Jordan, it would be as that brilliant spark of light!

While seldom updated - Jordan does have an old blog you can find by clicking here. Generally though - Jordan shares updates through the latest youtube videos, runs the twitter, and posts along with the social media team on Instagram and Facebook. 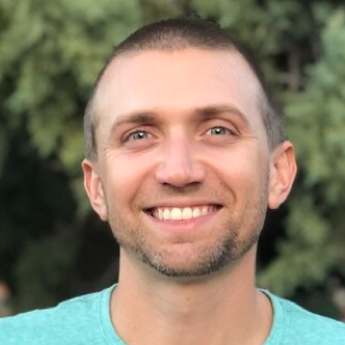 Ben is an intuitive an enthusiastic seeker of truth. His role as a business model and marketing strategist has led him to partner with entrepreneurs to integrate their personal goals into actionable business strategies.

After spending nearly two decades as an entrepreneur (of successes and failures) and as a coach and mentor to entrepreneurs, Ben understands the dilemmas and opportunities specific to business owners. Ben is also an instructor of entrepreneurship and maintains a small group of individuals that he personally mentors.

Ben is a father of two and currently resides in both Sedona, Arizona and Rural Illinois, where he works with the Spirit Science team to continue to spread the light! 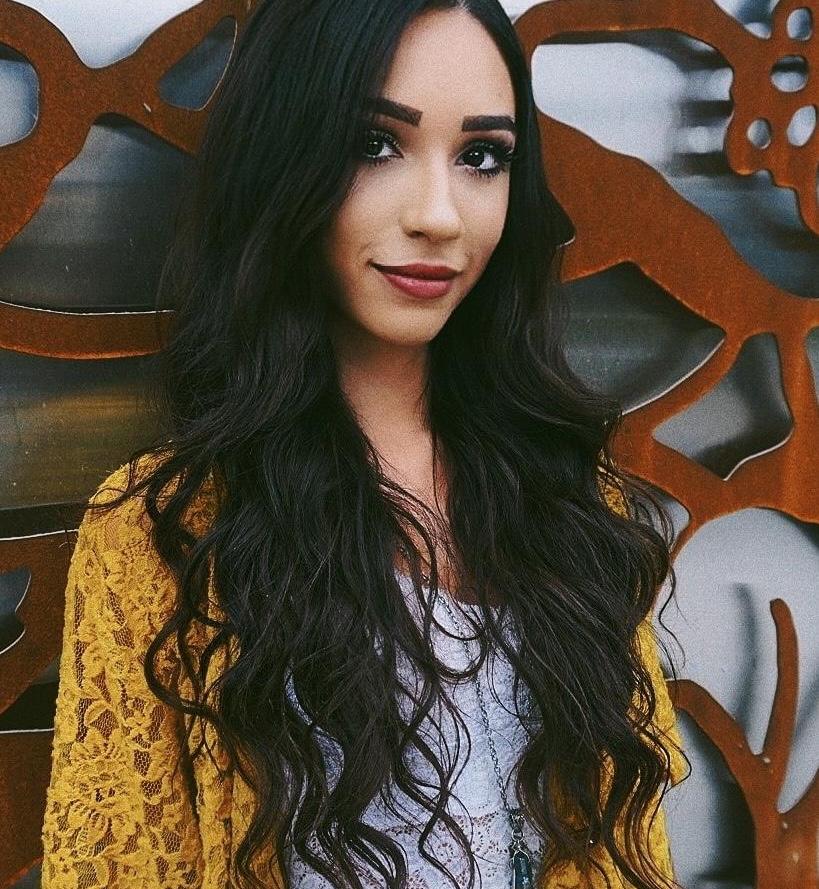 Selena Violet
Keeper of the Realm

Selena is a passionate, highly intuitive, and empathic energy worker. She has spent her life dedicated to spreading love, light, and awareness to others. Her energy truly shows through her work.

From teaching alternative education to youth and life coaching, to yoga teaching, writing, and studying herbalism, Selena is multi-faceted in the ways she contributes to the world. One gift she brings forth in every project she takes on is her creativity in finding the greatest potential in everything she works with in her world and bringing those visions to life.

Selena is an Aquarius that  loves nature and music as much as she loves working for Spirit Science in communication and project management. She currently resides in sunny Florida where she works to nurture and evolve Spirit Science and the community through her organization, creativity, and passion to be a part of team spirit! 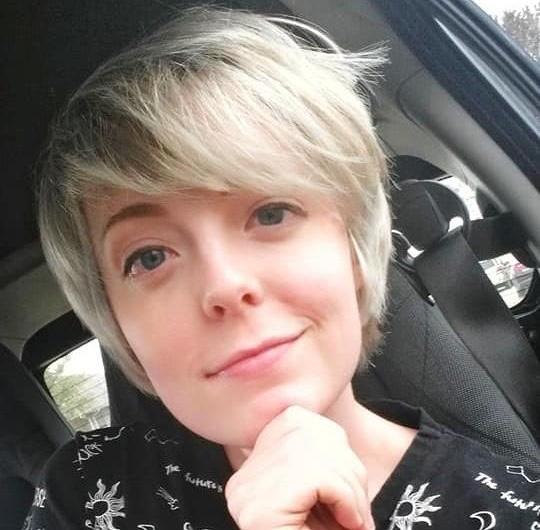 Ariel is a full-time freelance illustrator who has been heavily immersed in the world of art since she was a little girl. She has been with the Spirit Science team for awhile now and is extremely honored to be apart of a team that has so much knowledge and creativity to share with the collective. Helping her fellow humans become more aware, open-minded, and evolve is a service she has always wanted to offer- and SS gives her the platform to serve this role. 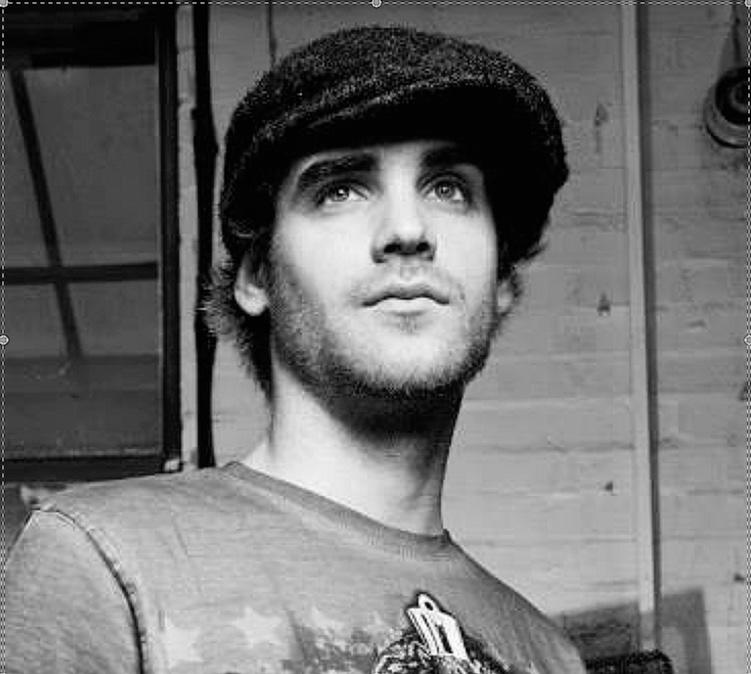 Ash is a passionate and creative cat with with a mind and heart vested in spirituality and the esotericism. He has an abundance of artistic expression and a core desire to learn and grow while sharing this love and creativity, he helps others on their journey. His role as a producer/editor for the new 'Hidden Spirituality Of ' series is an ideal match with his resonant vibration. 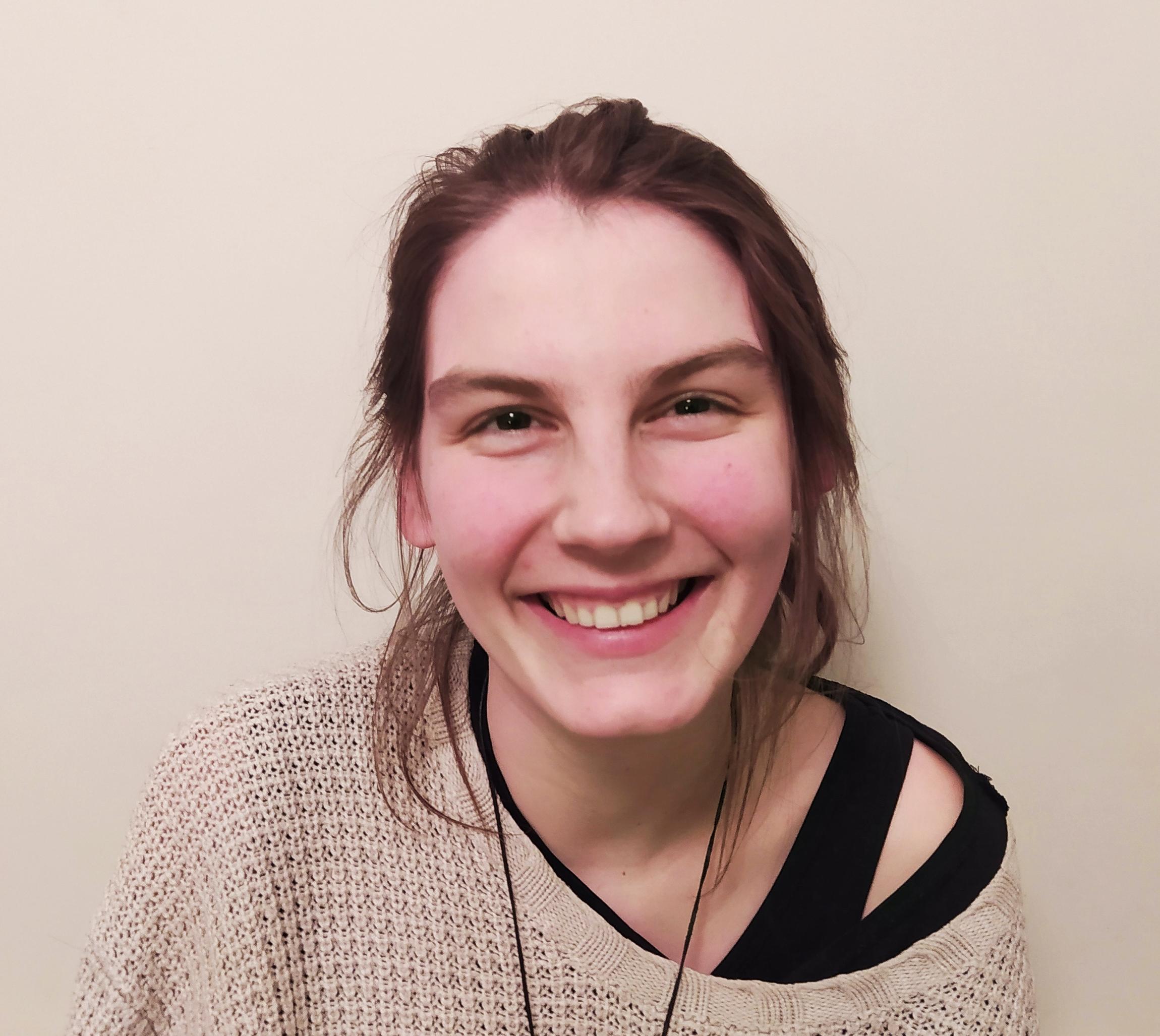 Nikola is a dreamer who came to this Earth to inspire. Observation, establishing harmony, and spreading love, are her most important tasks. Art is not a choice, but the essence of communication for Nikola. She is still eagerly and happily learning her way through work, with a knowing that this learning is a continual, life-long process of transformation. Even though she loves to immerse herself in meditation and good food, she also finds happiness in quirky ways, like picking locks and walking on the roofs. All in all, She is grateful for all the endeavors on her path and has been a great energetic addition to the artistic team of Spirit Science. 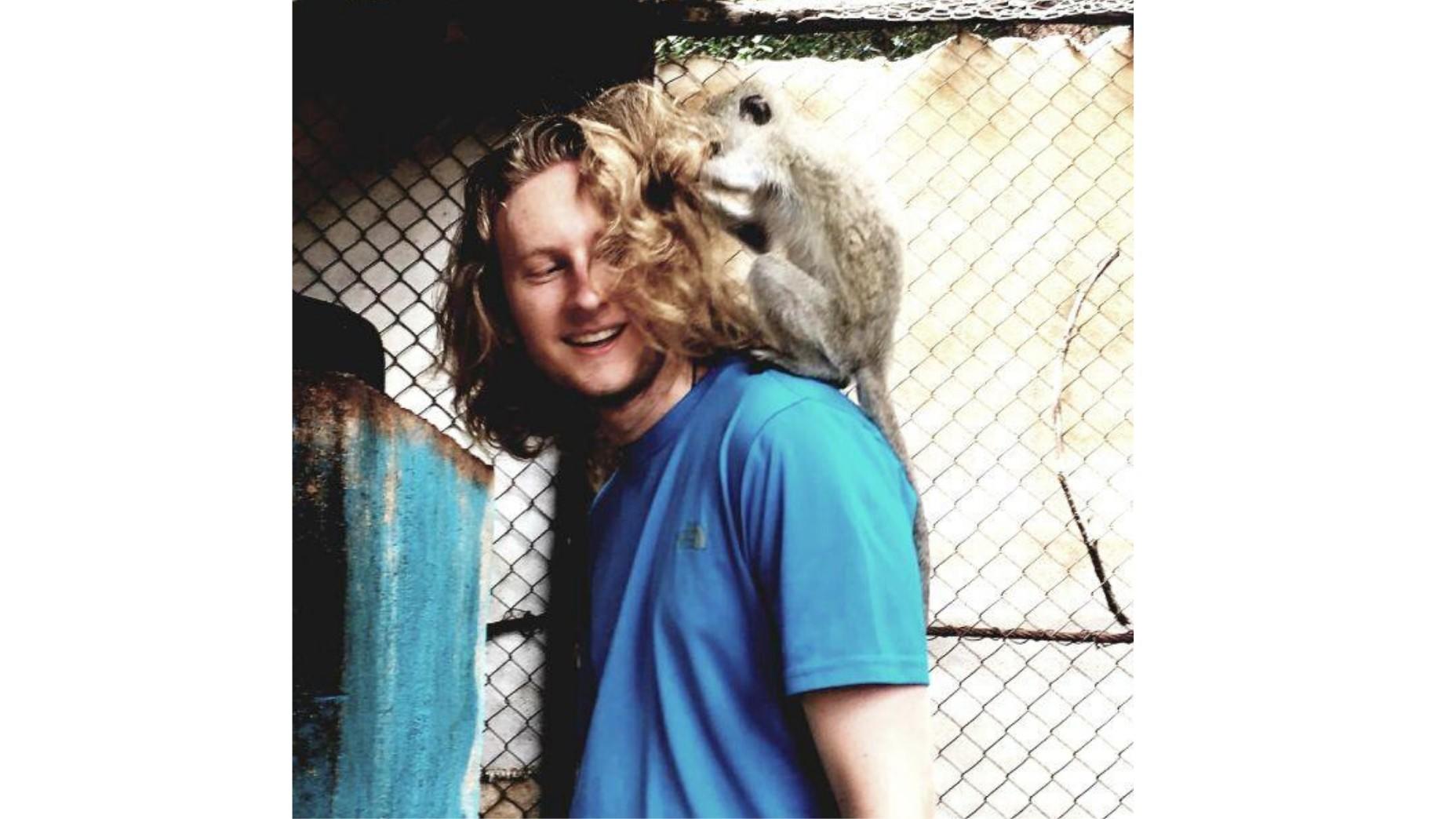 Chris is an old soul, often found exploring the abandoned halls of a Gothic castle in England or excavating a tomb in some Middle Eastern desert.  Acting as our lead writer and researcher, he's a quiet and reserved soul. Chris is endeavoring to find a way to incorporate aspects of spirituality and the occult into modern science.  After graduating university in London with a degree in Archaeology, Chris is looking into how cultures deal with and express elements of their spirituality, while also working to help and teach others to express theirs. You can follow Chris on Instagram. 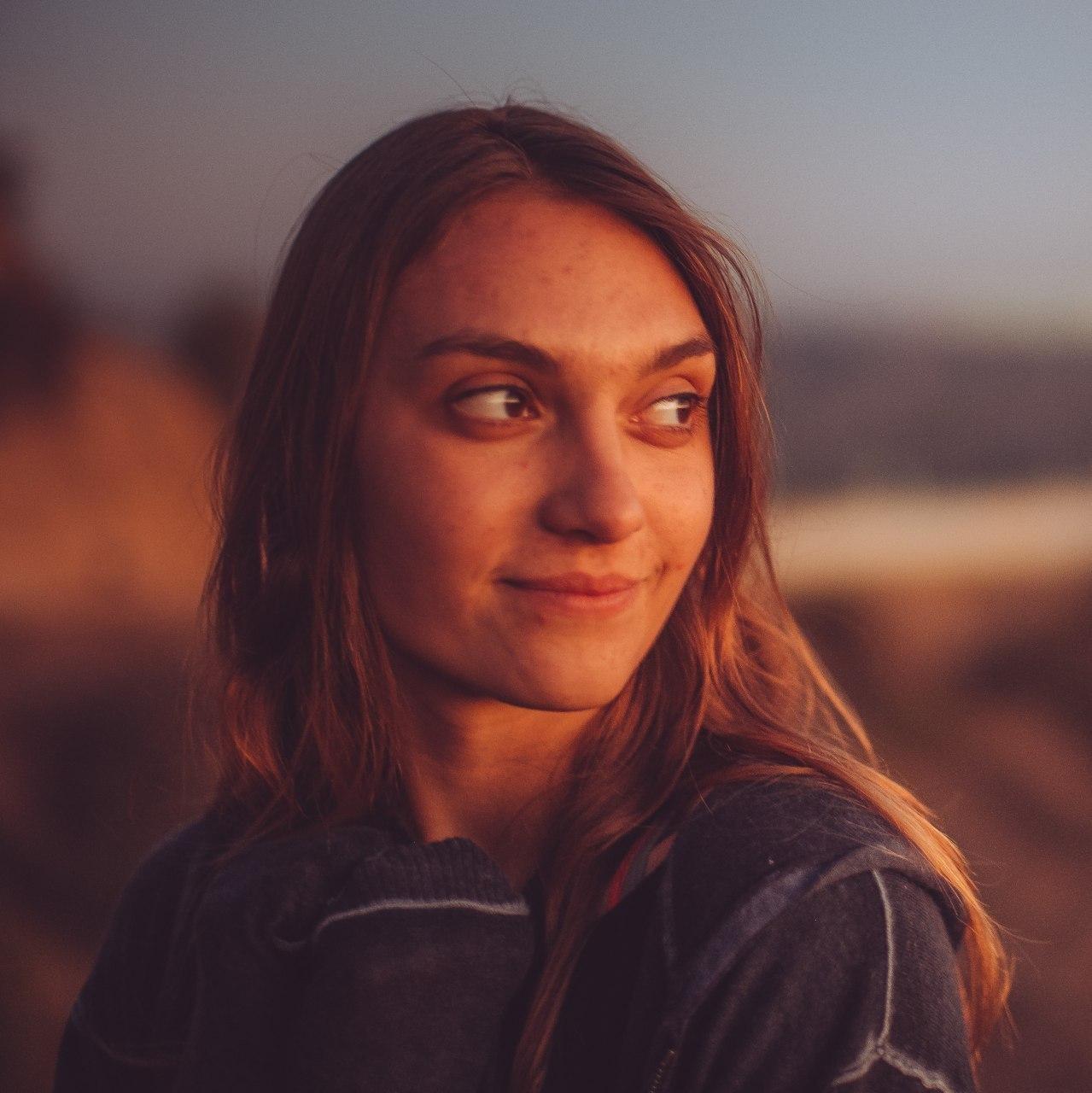 Sofia is the Special Effects Animator and Editor for Spirit Science. She graduated from Miami Animation & Gaming International Complex (MAGIC) and went on to work with Nickelodeon, Univision, and Viacom Studios. Eventually turned to the freedom of freelance and found Spirit Science on the way. She has traveled the world learning from Tibetan Monks in the Himalayas’ to Eco Friendly Farmer in Hawai’i. Sofia is motivated to use her skills to contribute positivity and awakening into the world. 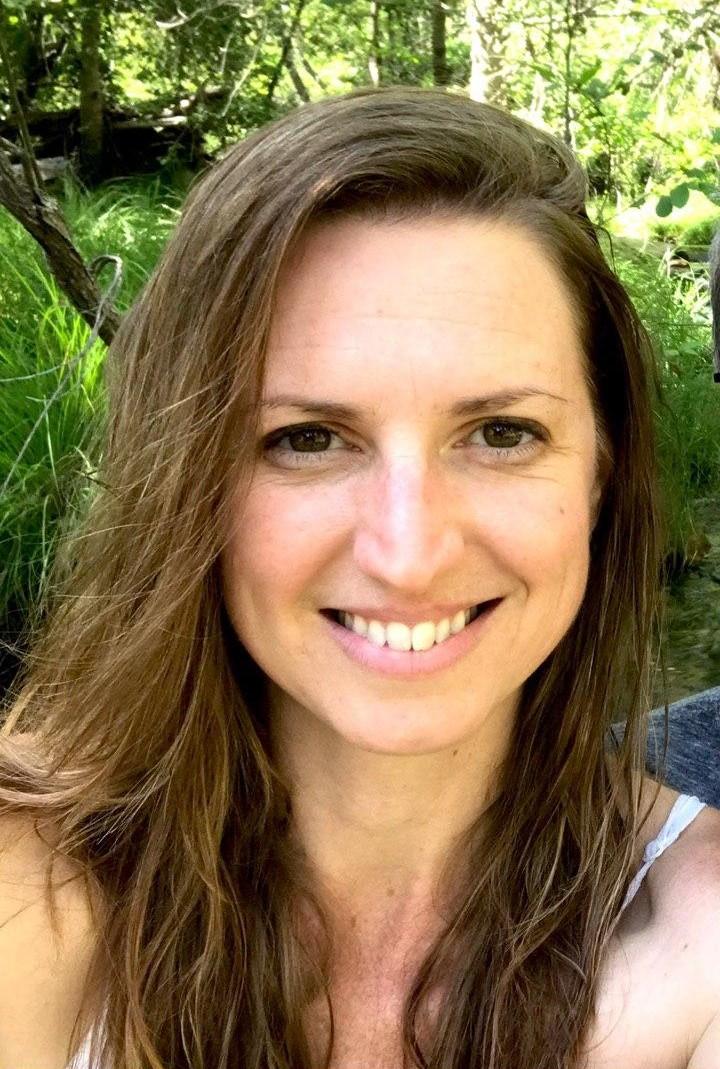 Amy is an intuitive empathic tarot reader and instructor who has been studying spiritual awakening since 2010 and the esoteric arts since 2016. She is a blogger on astrology, tarot and conscious living and is a spiritual life coach. Amy allows her passion, creativity and understanding of ritual to infuse everything she does. She also has an unmistakable flair in how she expresses her knowledge of all things magical.

She lives in the Sierra Nevada Mountains of California with her family and is an avid gardener with a vivacious passion for all green and growing things as well as animals. She is also a musician and songwriter and enjoys exploring all of the depths of musical creativity whether singing and playing an instrument or sitting back and listening.

Amy loves to use her heavy Taurus placements to bring a sense of sustainability into her educational practices as well as her activities within the Spirit Mysteries community. 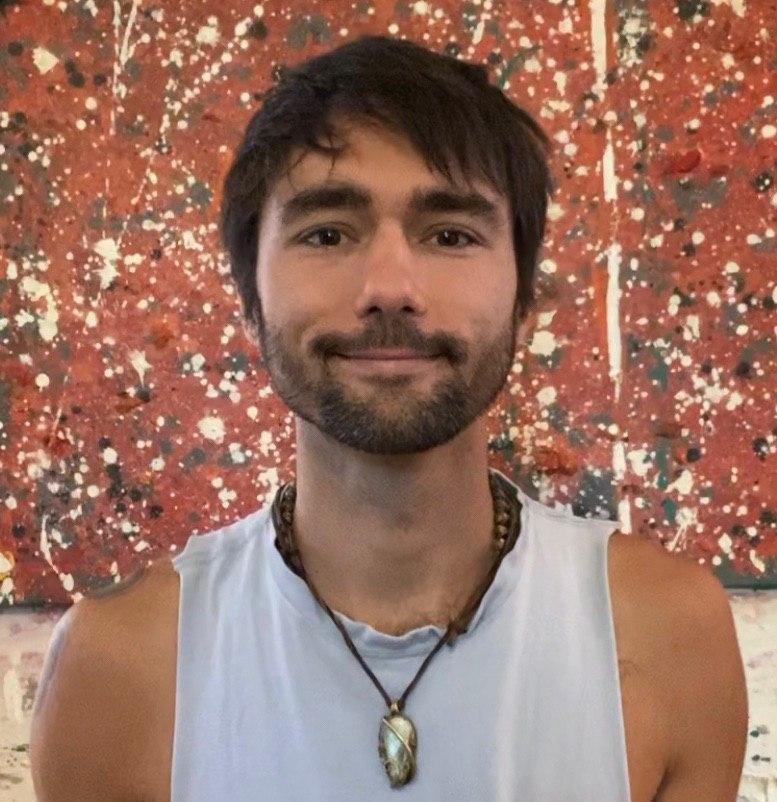 Joseph enjoys being himself and inspiring others to do the same. He believes that all beings are on the “journey of a lifetime” in this world and he is happy to be of service to himself, others, and Great Spirit as we all learn of the Mysteries inside and out, Above & Beyond.

Originally from Ohio, He now enjoys growing with a Global Family Community - Within Spirit Mysteries, you may find him in the Community Discord giving Hive Fives ^-^

Jojo also enjoys multiple art forms and creative outlets, is ambidextrous and fluent with both hands while writing and drawing, and loves to sing and play with words. He is a licensed massage therapist, yoga instructor, foundation training instructor, and in a constant movement and meditation practice. He also has spent much of his life in the realm of body detoxification since he was born with compromises. His personal motto is: “Fluctuate & Flow, Change Shape & Grow” 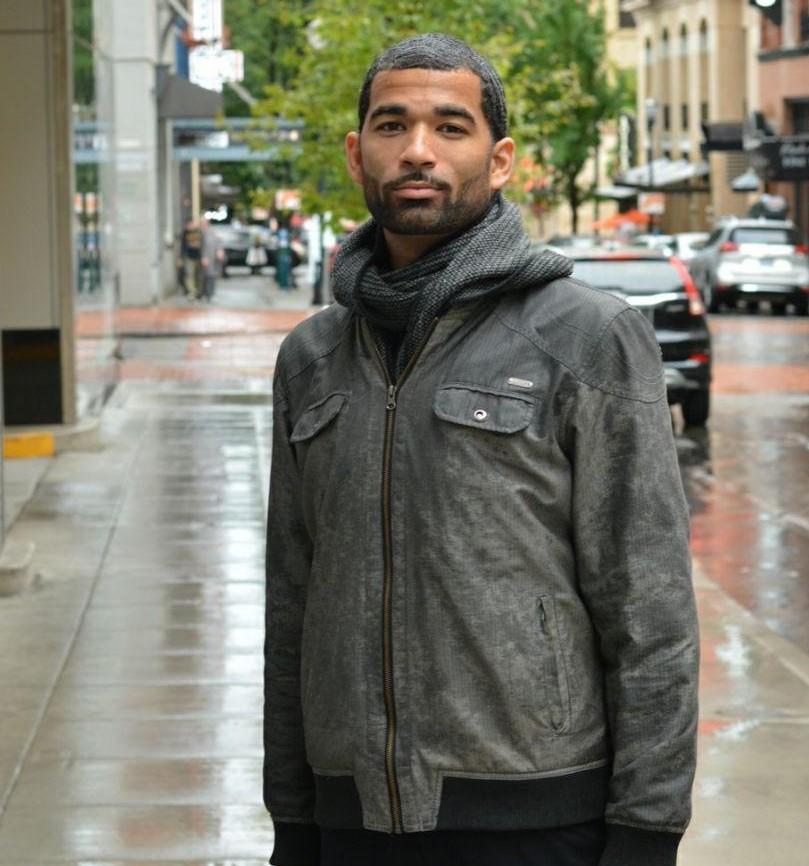 Kevin is a student through and through. Even during childhood he has had the ability to observe the circumstances of  life from all around him and take in the lessons it has had to offer. He yearns to uncover all the secrets life has to offer. To discover that which has been forgotten, and integrate said lessons into his own life style. Why? So he may become of service toward the education of humanity.

In his spare time he is a Life Coach. Offering nutritional, Chakra energy healing, Personal development and Trauma transmutation. He uncovers mysteries within his own mental, physical and emotional body so he may be of better assistance to others. Turning knowledge into wisdom. His life purpose is to cultivate the flame within others to shine like the sun, so that they may burn like the solar titan they truly are. Living through authenticity and the heart. 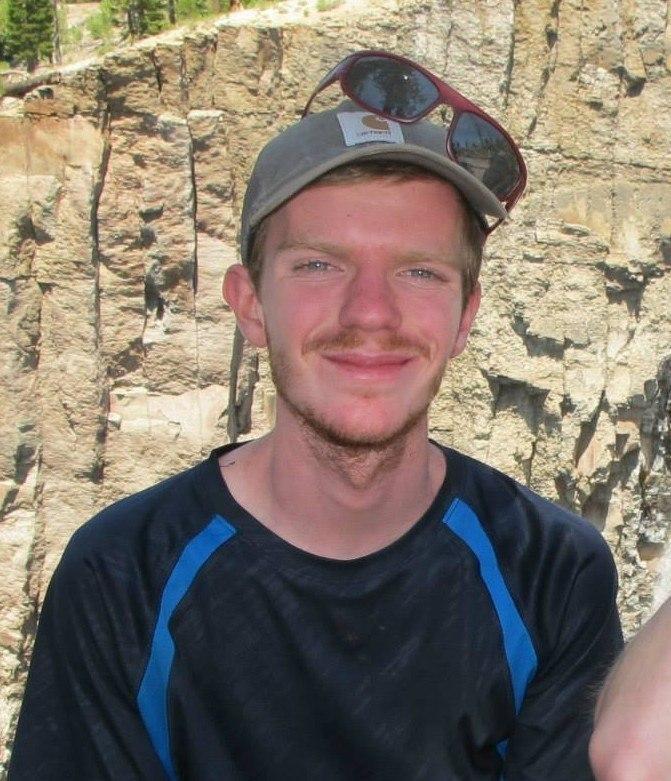 Matthew is a writer and researcher who loves to see what mysteries may pop up from a world dominated by facts.

Some of the most fascinating topics to him center around mathematics and the psychedelic experiences. He would be pleased to live out a life of research and discovery. 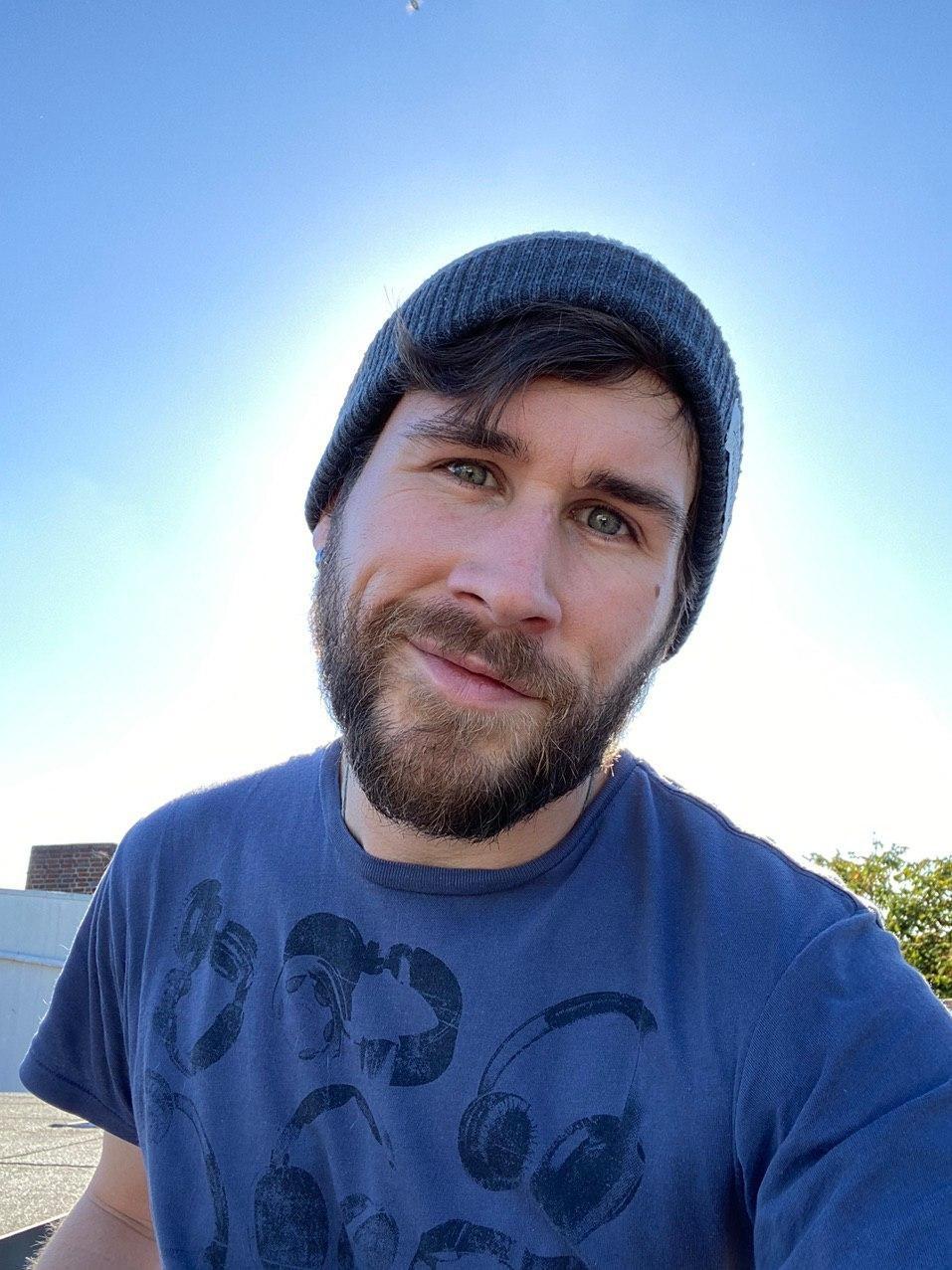 Kurt is a compassionate, old and ever viciously burning soul that has danced with the mystical worlds throughout his life. His journey began, unbeknownst to him at the time, at a very young age of three after experiencing the grasp of an old friend known as Death. After being visited nightly by otherworldly beings and visits of the ghostly kind, he knew his story on our beloved mother Earth was everything but what everyone else considered the "Norm." Despite being faced with tragedy throughout his childhood and adolescence he never once stopped believing in the magic that surrounds us all.

Kurt excels in the skill of intuitive observation. Through the dance of balancing a place between worlds, he understands what it is to have one foot in and one foot out of this world. This dance has taught him the art of mercurial maneuverability in the way he works with himself and others. He serves Spirit Mysteries with an ever watchful eye on the community ensuring that everyone is fully supported. He excels both behind the scenes and on the front lines of Spirit Mysteries. Although often the „quiet one in the corner“ his heavily Scorpio influenced nature is balanced with meaningful input and loyalty beyond comprehension.

His intent and purpose in life is to illuminate and flood the world with infinite Light and Love, one story and soul at a time.

We just launched a brand new social platform for spiritual evolution! Watch this video, and come see what it's all about!

Got questions?  Visit our FAQ page!

DISCLAIMER: We may earn a commission when you use one of our coupons/links to make a purchase.

TOP OF THE PAGE