Awakening to my Buddha Nature via DMT with Fabio Anu 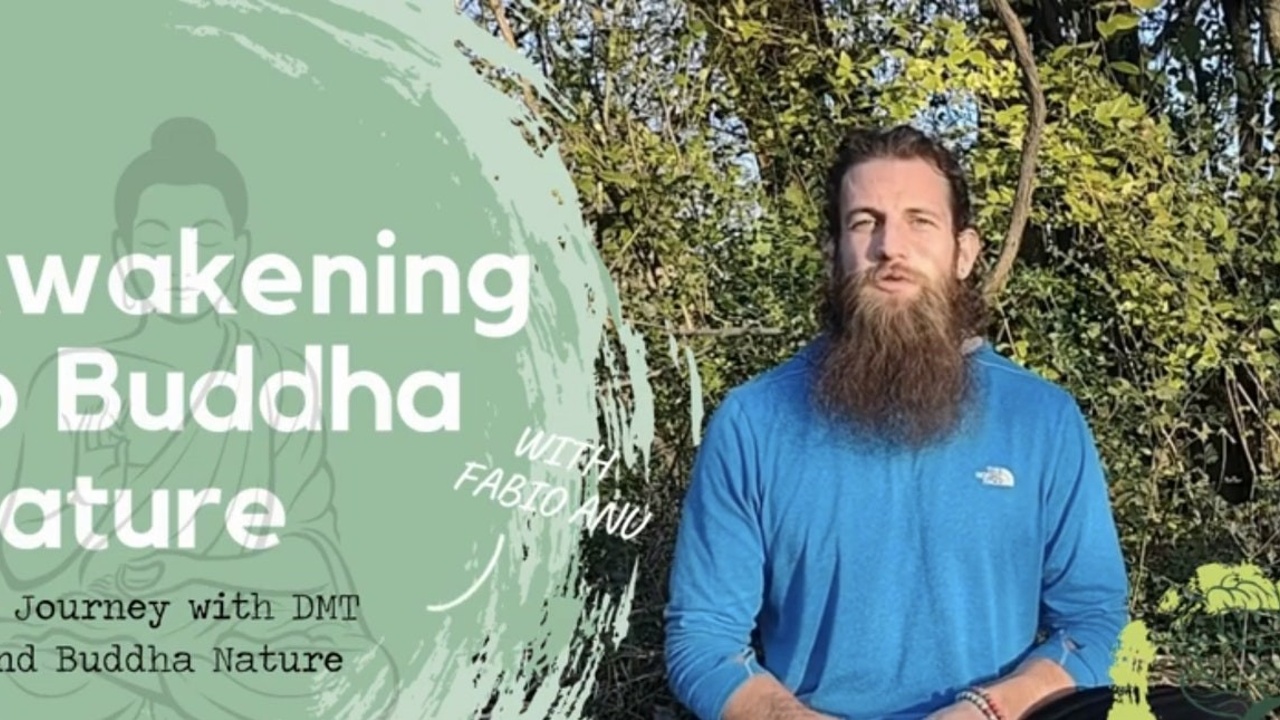 In February 2019 my wife left me. She didn’t just leave me though. She told me she was no longer in love with me and there was no chance of us ever being together again. Every hope and dream I had for the future revolved around her and our relationship. The entirety of my self identity was built upon the foundation of our love, and in an instant it was replaced by an abyssal void. I was torn apart and rebuilt by pain so intense I couldn’t have believed it existed until it consumed me. It was then that I knew there was nothing left in this world for me, and the only thing I could do was kill myself.

While I knew it was time for me to leave this world my exit plan was no simple suicide. My ego couldn’t let go of my wife or the love I maintained for her, so if I couldn’t have her in this reality I was going to build another one where I could. I planned to transcend human consciousness and physical reality by using the psychedelic substance DMT to remove my consciousness from this body I call mine in the final moments of life. I believed I could find a past moment and replace my ignorant self with this wiser (hah) and more experienced one to live a new path: one with a happily ever after.

The universe and DMT had other plans for me though. What started as practice for my final act quickly became something much more. As I was shown horrors and beauties beyond imagining during these psychedelic trips I began to see the world in a different light. This new perception of reality and the love of a dear friend saved me from myself, and I began a journey which ultimately culminated in a true death experience.

For nearly a year I used DMT as a form of therapy. Without even realizing it I began to grow spiritually and find happiness where there was nothing but despair before. The relationships I maintained in my life were no longer one-sided. For the first time in thirty-three years I knew what it was to act selflessly. In an unbelievably short amount of time emotional scars I thought I would bear the rest of my life disappeared completely, and I found inner peace. I started to live without fear, and I was rewarded with love.

Then one day in April of 2020 I took some acid with a friend. As I was reaching the peak of the trip I felt DMT calling me, so I left my buddy to enjoy his journey while I went to pursue my own. Having lost the desire to kill myself and the fear of death as well as gaining a genuine love for life I was finally ready: ready to die and wake up from this dream we call reality. And that’s exactly what happened. As the DMT began to work its magic I stopped breathing for fifteen minutes (I know this, because even though my consciousness left this physical plane on all of my other breakthroughs there was always the tether of breath which I could feel anchoring me to something solid. On this breakthrough there was no tether. I was free from all attachments: physical and otherwise) and died.

At this point the self I identify with completely ceased to exist. I had reached psychedelic and momentary spiritual apotheosis. There was no “me,” yet I was all. A state of enlightened awareness was achieved. I unlocked my Buddha nature and became Buddha. When life and consciousness returned to this body I found The Middle Way and began walking the Eight Fold Path. Now I’m here to share my experiences with you, and help you find your own Buddha nature.