How Balanced Are You? (The Parable of the Oil & Spoon) 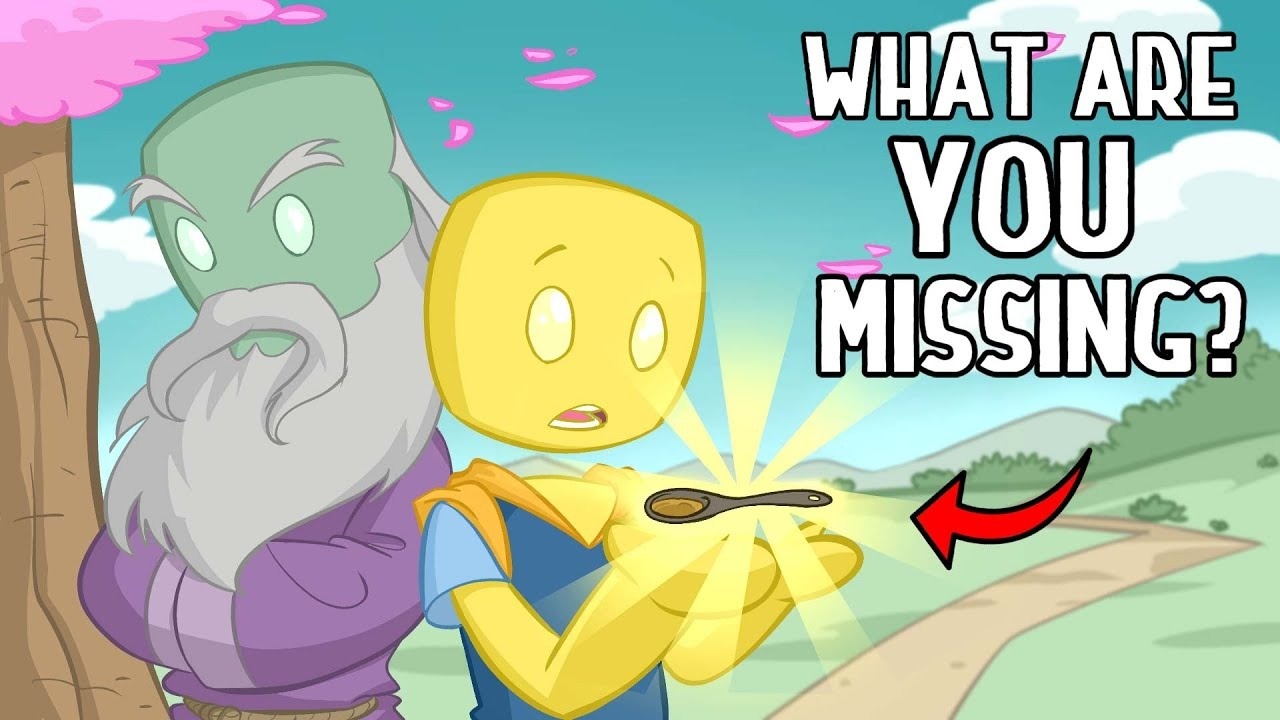 A boy went on a journey to seek the wisest man in the land, seeking the secret of happiness. Upon arriving at his home, the boy found a hive of activity: tradesmen came and went, people were conversing, and a small orchestra played soft music.

When he approached, the wise man listened to the boy's explanation of why he had come but responded that he didn't have time just then to explain the secret of happiness. He suggested that the boy look around the palace and return in two hours. However, before the boy departed, the wise man handed him a teaspoon that held two drops of oil. "As you wander around, carry this spoon with you without allowing the oil to spill."

The boy began moving throughout the palace's many rooms, keeping his eyes fixed on the spoon. After two hours, he returned to the room where the wise man was, who promptly asked.

"Well, did you see the Persian tapestries hanging in my dining hall? The garden that it took the master gardener ten years to create, or the beautiful parchments in my library?'

The boy was embarrassed and confessed that he had observed nothing. His only concern had been not to spill the oil that the wise man had entrusted to him.

"Then go back and observe the marvels of my world," said the wise man. "You cannot trust a man if you don't know his house."

Relieved, the boy picked up the spoon and returned to his exploration of the palace, this time observing all of the works of art on the ceilings and the walls. All of the wise man's marvels had suggested, and upon returning to the wise man, he related in detail everything that he had seen.

"But where are the drops of oil I entrusted to you?" asked the wise man.

Looking down at the spoon he held, the boy saw that the oil was gone.

"Well, there is only one piece of advice I can give you," said the wise man, "The secret of happiness is to see all the marvels of the world and never forget the drops of oil on the spoon."

This parable seemingly speaks to living in balance with our approach to life. While at first, it seems like a contradiction, with the wise man sending the boy off on a journey, only to change the reasoning each time... there is much to be seen in the world, but this tale teaches us that we must not lose sight of our primary responsibilities in life while doing so. When the boy doesn't spill the oil, he becomes consumed by it and misses everything around him, missing the world's beauty. If he is spilling the oil, he's losing sight of his original goal, losing focus because of the things he sees in the world as he moves about. As he becomes distracted by the amazing world around him, he loses sight of his purpose and will wander, but at the same time, if he focuses too much on the oil, he loses that sense of amazement and wonder that the world can give.

For us, if we go about our goals in life mindfully, we will always have time to appreciate the world around us, as in the end, our experiences and memories will be what remain... If we focus only on a single goal and ignore the wider world, then we might rush through life and forget about the journey itself. In other words, this parable teaches us to balance the big picture and small details of our lives and enjoy our surroundings while accomplishing our goals... enjoy and experience everything the world has to offer and have fun but never forget the reason you are on your path. Go about your goals mindfully and always put the most important thing in your life today at the top of your to-do list….