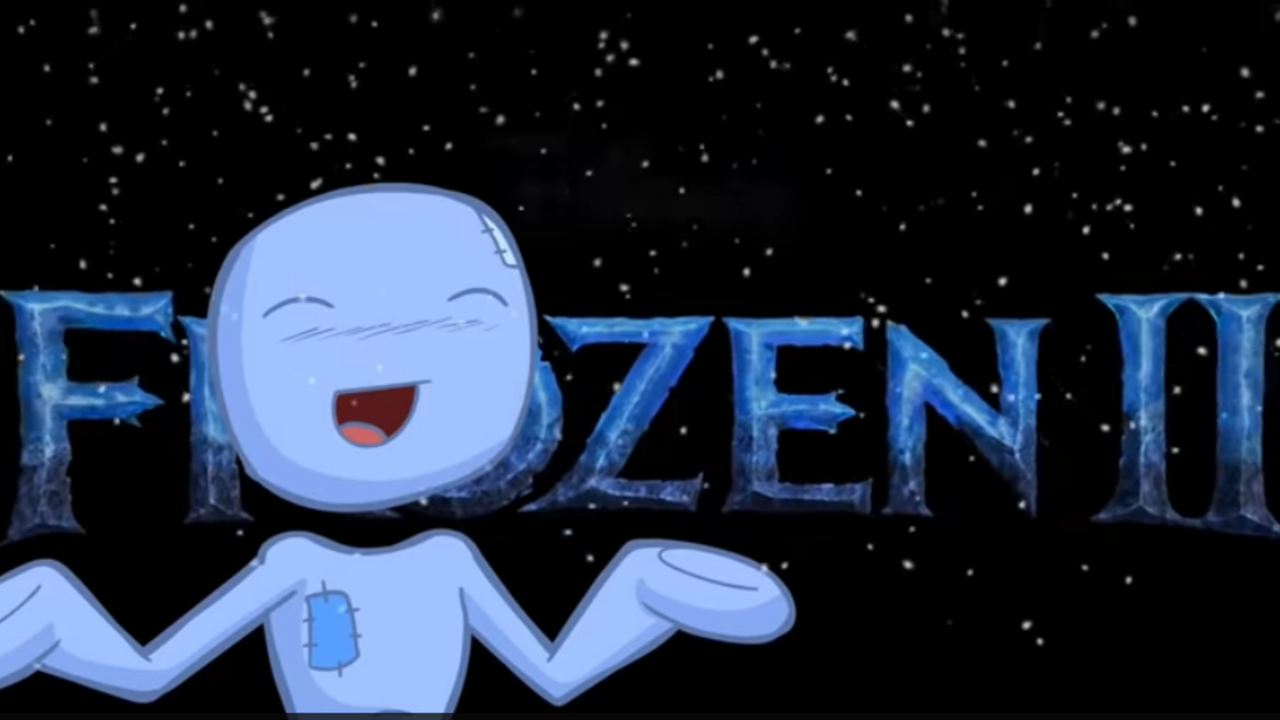 The four elements are not found as “benders”, however, but are still reflected by beings or spirits made up of their respective elements. Elsa, the last Icebender, primarily experiences her own personal transformation into the avatar by the end. In a nod to both Airbender AND the Legend of Korra, she is not only the bridge between the elements but the human and spirit world as well. I swear, the only thing missing in this movie is pro-bending!

Now, of course, I'm not trying to say that Airbender was the originator of the four elements. Indeed that concept is found rooted in ancient philosophy and religion of the Greek and Ancient Egyptian cultures. If we really want to get into their philosophies, they didn't invent the elements, that's God's handiwork. Frozen does a beautiful job of bringing those ideas that avatar captured so well, and putting them into a frame of reference that is unique unto itself, and carries the familiar magic of the bending world that just feels familiar as we progress throughout this story.

As mentioned, we see the elements themselves come to life in their own unique way. Most notable and true-to-form would be our friend, the fire salamander. For those unfamiliar with ancient Greek alchemy, the Salamander was actually the symbol of the fire elementals. Someone at Disney has done their homework…

Along with this adorable critter, we also see a water horse, which they entirely borrowed from the King of Cups in Patch Tarot, the Wind from the game Flower by ThatGameCompany, and of course, the rock biters from never-ending story returning for the role as the earth spirits.

Another curious decision to build into the fundamentals of the movie was to incorporate the work of Dr. Emoto. I mean leaning into it hard, nay, body slamming the audience with a continuous stream of lines mostly from Olaf about how water has memory, and it remembers everything.

And honestly, I'm not at all upset about that. Actually, if there's one way to get human consciousness to wake up to a new idea, it's to get that idea in front of billions of people and then tell it to them over and over, and that's precisely what Disney does here. Now, I know there are probably some people who are going to get very upset about this because some people believe Dr. Emoto was a quackerdoodle! So it's worth noting that the science here is more than a little legit. And I'm not just talking about Emoto.

Recent discoveries by a German group of scientists demonstrated that water was able to carry a microscopic pattern based on the surrounding environment, carrying the pattern and integrating with future patterns it received it over time. We won't get into the specifics here, but I'll put a link in the comments if you want to learn more.

Ultimately, this study shows that water has memory, and that water can pick up and store information from all of the places it has traveled through, connecting people and places through time by the memories it carries. Ahhh… How beautiful.

And we can take it deeper if we consider this through the lens of Greek Alchemy, and the relationship of the element water to our emotional bodies, then we can see that it is our EMOTIONS through which memories are stored. Think about it - if you are emotionally invested in some big event in your life, it means a lot to you, and you have no problem recalling it. But try and remember what you had for lunch 7 weeks ago. Unless it was a particularly memorable lunch, maybe you just happened to sit down for a meal with… I dunno, the Avengers? Things like this generally get faded out in favor of the things that mean more to us.

And this brings us to where Frozen 2 gets interesting.

One of the main themes of Frozen 2, if not the most main theme, is that of a social commentary on the relationship between the indigenous cultures of the world, and… well… non-natives. And they released the movie just in time for Thanksgiving, too!

Of course, they've done it in a way that is tasteful and accessible, considering the root subject matter here is the mass suppression of an entire civilization that gave us the world we have today. It's understandable that most people don't like talking about stuff like that, but sometimes those conversations are the most needed in the world!

Now, this aspect of the movie is discussed in the mainstream, but here's where the unknown lights up with spiritual sparkles. Traditionally, in many ye olde symbolic languages, such as the Tarot, for example, the four elements are many times represented by special items. In the instance of the Tarot, we have cups, wands, swords, and pentacles or disks. These are water, fire, air, and earth, which of course, are metaphors for our emotions, our spiritual will, our minds, and our Physical bodies.

Towards the finale of Frozen 2, we see how the war between the two cultures broke out in the first place, we see it was .... well, malicious intent and a power struggle on behalf of the white guy leader. He was terrified of the indigenous ways because he saw things he did not understand, and believing their mystic arts would threaten his rulership, he decided to take them out of the picture. Yikes... 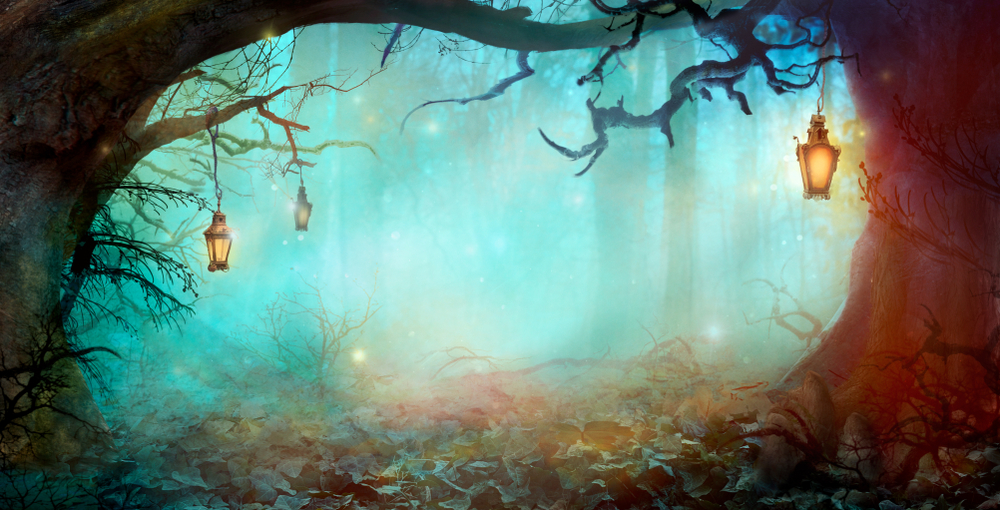 But at the moment of this big reveal, we see the way it all goes down. The general with a sword standing over the Indigenous leader while he holds a cup of tea. I don't think we can get a screenshot of this scene in particular just yet, so here's a pitchman version instead for now.

As we just explored, in the elements, swords reflect the element of air, which is the mind and thoughts, and the cups are emotions and feelings. When you really dive into the Tarot, it also explains how, when the mind is not tempered with peace, it can become an instrument of suffering, confusion, and cruelty.

Now, they could have given the tribe leader anything to hold. He could have been smoking a peace pipe, playing the drum, just meditating or something... But the Frozen team gave him a cup, why? The scene and story are spiritually describing a cutting off from one's feelings and looking at the world through a limited perspective, and this action is rooted in fear.

This subtle yet powerful imagery shows us what happens when we create from a place devoid of feeling, without empathy or an emotional connection to ourselves or others. We lose our compassion, and then our humanity. This is doubly made powerful by knowing that the Ace of Cups, the root of Emotion, is labeled as compassion. Jee whiz, Tarot is so cool!

And finally, much of the plot is based around a large dam that was built by the general as a false gift, weakening the magical forest and the people who dwell there. The dam itself is a reflection of the barrier that society has installed, which limits us from truly being free to express ourselves, keeping the magic within us trapped inside. 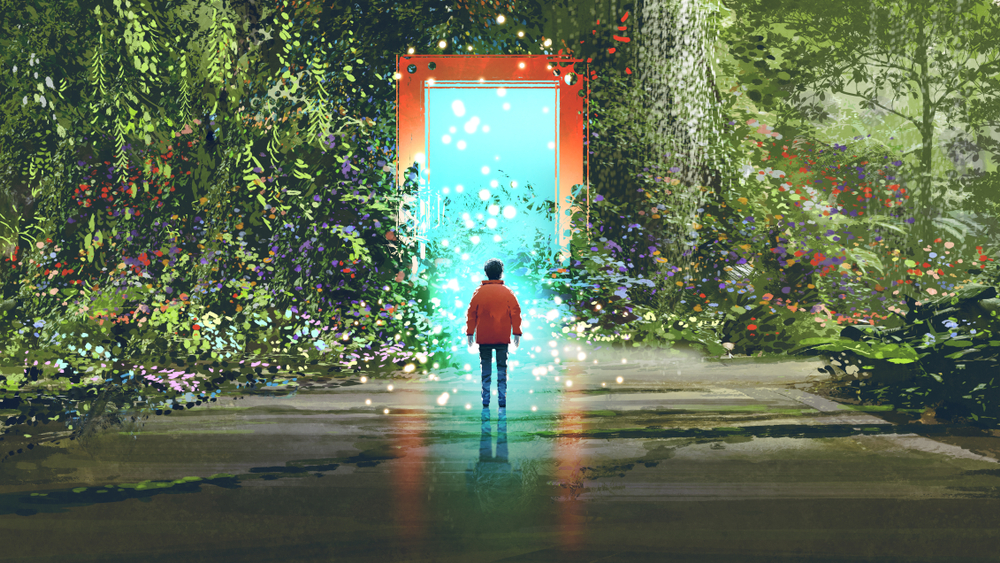 I say that "society has installed" specifically because it was not the current generation who built the dam, but several generations prior in the movie, indicating that all of us are born today into a world that conditions us to think a certain way about life, and it's up to us to go back into history, discover the truth about who we are, where we came from *cough* Atlantis *cough*, and change our future with new information.

In addition to that, the movie also explains how to solve this problem in another way, through the character Kristoff. Sure, he spent the majority of the movie trying to get hitched, which, at least it's the man swooning as opposed to the woman, which let's face it, is overdone. But there was one part when he was singing with Sven, the reindeer, and the song ends with very simply "Let down your guaaarrdd:" THIS is how we break our own inner emotional dams. Stop being so uptight and defensive, just open your heart to love.

With that, we find ourselves at the end of the film, and the first episode of Hidden Spirituality! Thanks for checking out our new series, and stay tuned for more!