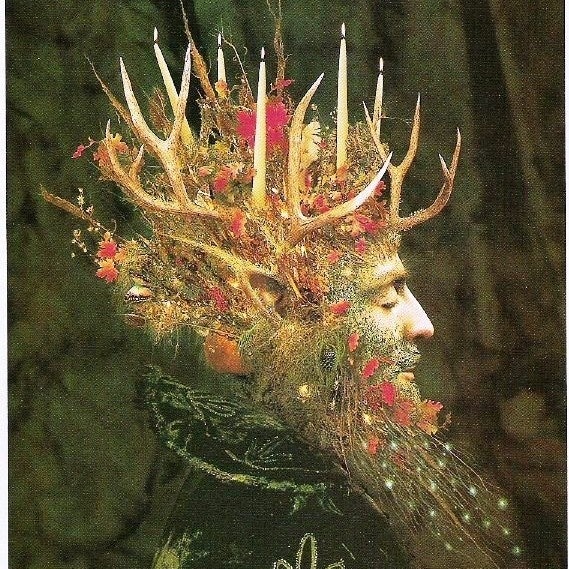 The Holly King is gone, and the  Oak King now reigns
Yule is the time of the old winter gods!
Hail to Baldur! To Saturn! To Odin!
Hail to Amaterasu! To Demeter!
Hail to Ra! To Horus!
Hail to Frigga, Minerva Sulis and Cailleach Bheur!
It is their season, and high in the heavens,
may they grant us their blessings on winters day

Following on from the Solstice, many of you may not know that tonight is the Traditional beginning of the Yuletide... although let's be honest, we've probably all been getting into the spirit for a while.

Today, “Yule” and “Yuletide” are pretty synonymous with Christmas and Christmastide, but the meaning behind Yule is quite different from that of the Christian holiday.

The word “Yule” itself comes from Old English geol, which shares a history with the Old Norse, jól. Both these words referred to a Midwinter Festival centred around the Winter Solstice, which traditionally marked the halfway point of the winter season. After the solstice the days once again begin to grow longer, so we can think of Yule as a celebration of the re-appearance of the Sun and the fertile land’s rebirth. If the Solstice marks the release of the new Tide, then Yule is the celebration of it!

The acknowledgment of Midwinter and the Solstice has a long history in Britain and Europe, but it's not as clear cut as you might think...

As far back as 3500 BCE we have places like Newgrange in Ireland that recognised the rising sun on the Solstice, but we have no idea what kind of rituals or observances were done... but the fact that the entire structure was orientated to that time period is obviously a big deal. 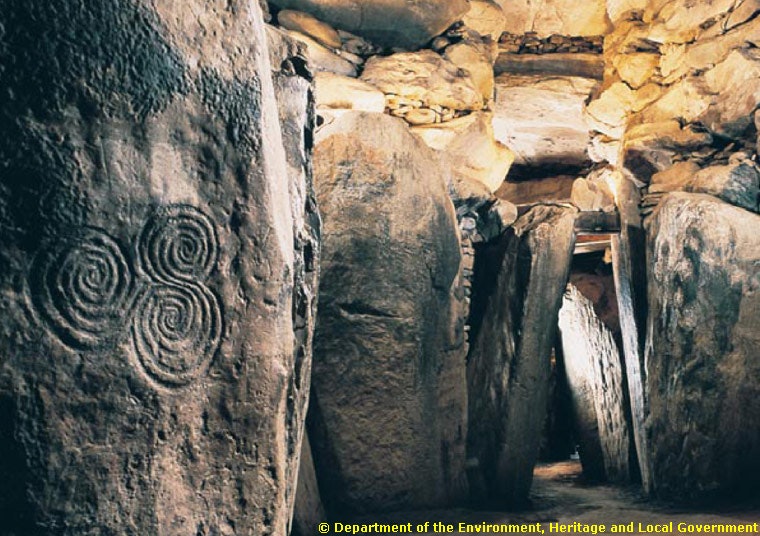 Things get really weird since outside of a few cursus monuments in Southern England (near me!) there really isn't that much mentioned in history of people celebrating a Midwinter Festival. I hate to break it to people, but there is almost no evidence that Yule is a Celtic festival, in fact there is almost no mention of any kind of Midwinter celebration in Celtic mythology at all.

But... there are records from the Early Medieval Period that say there WAS a Midwinter Festival at that time, so who knows... It must have come from somewhere.

When the Romans came along, we get our first direct evidence of a straight up party time with Saturnalia. This festival was dedicated to the god Saturn, and began on December 17th in the Julian Calendar and lasted for 4 or 5 days. While the 17th was almost always reserved for ritual and religious rites, all the other days were a downright party!

All sorts of dances and feasts went on, gambling was legalised, masters would wait on their servants and gifts would be given to friends and family to celebrate a wind down of the year and the relaxing of restraints.

At some point a King of Misrule would be elected for a few days, who was usually some random pleb, and they could give ANY crazy order and everyone had to follow it... now i'm not political, but I sure would love to see our politicians don crazy outfits and duke it out in a ring throwing snowballs at each other for a night, I don't know about you...

Around the 9th Century AD, the Vikings rocked up in England and brought their festival of Jol with them. The word itself actually means "wheel", but comes from the same root as our word "jolly", which feels pretty on point for this kinda time. 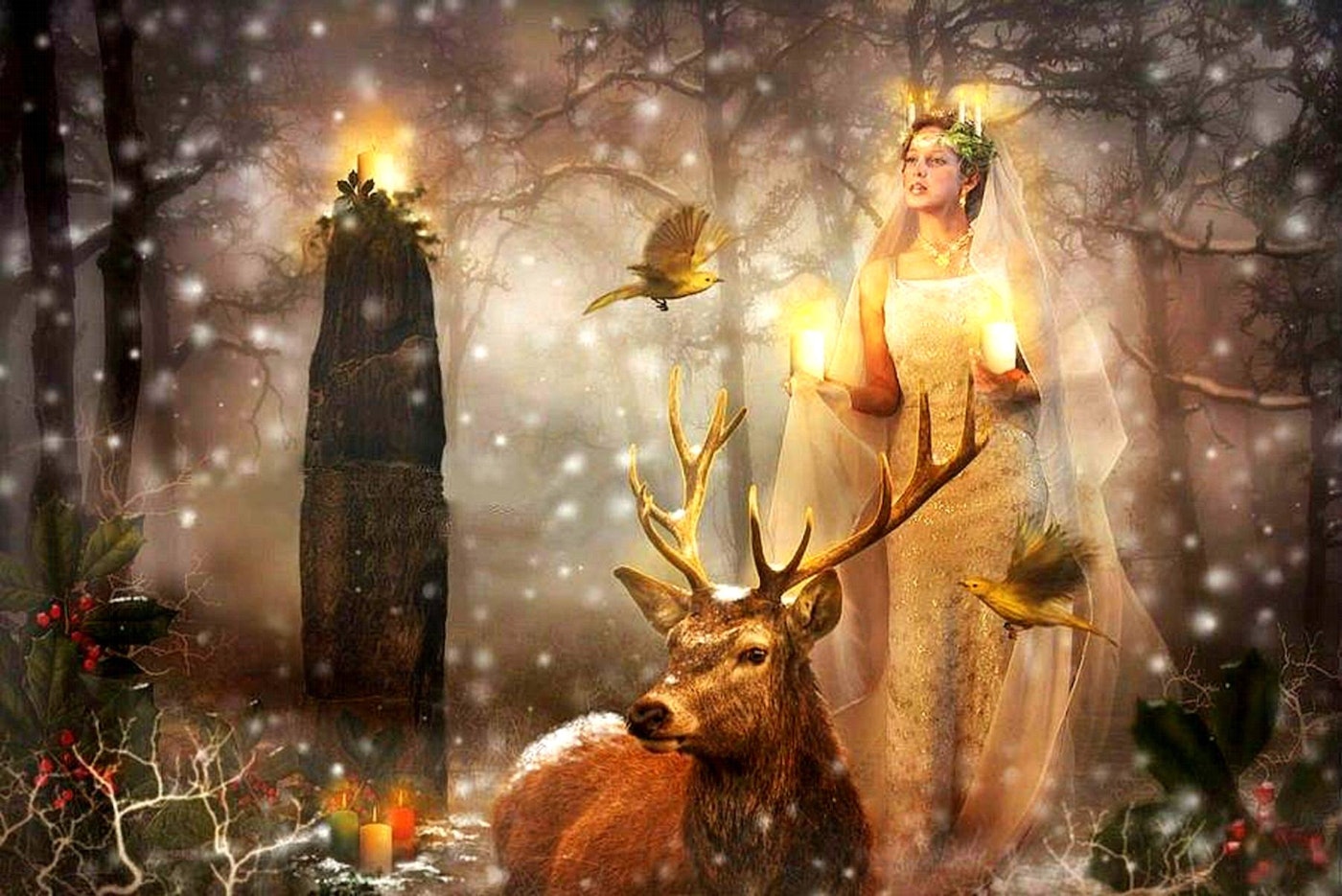 Traditionally, Yule was a time of coming together with your kin and feasting to hunker down for the winter.

Most commonly, the celebration consisted of a hearty feast and general revelry, which included wassailing (caroling), drinking (mostly cider or mead), and... as Professor Mcgonagall tells us... it is first and foremost a dance!

A lot of the Christian bishops of the Medieval Period made a fuss over people dressing up as animals or leaving offerings by their fireplace for family spirits or guardians, which is also something you can do if you're up for it.

The most common practice however, is undoubtedly the bringing in of the Yule Log, and it's something pretty simple to do! It was probably started by the Norse, and acts to not only bring heat and light into the household when it's freezing outside, but also has a symbolic aspect.

Traditionally, the log is set away to burn by the hearth (fireplace) on the Eve of the Solstice and is tended to for 12 days, never being left to go out. Esoterically speaking, the fire represents the Tide of cleansing and purification that has begun on the astral, and serves to invoke the force into the family and your life.

A modern version can be pretty simple, all you need to do is get a log -preferably from your garden or some natural place, and drill three holes in the top of it, big enough to hold candles. Alternatively, you can hammer three nails into the top and use them as candle spikes. Set the log on the hearth (or wherever the spiritual centre of the house is, perhaps the Christmas tree) and light the candles each evening for the next 12 days, and put them out before bed.

It's up to you if you want to do an offering or ceremony for lighting the candles, there are tons of Yuletide Prayers that can be used to great effect that you can find online!

Here's mine, which is much needed for these cold winter nights! 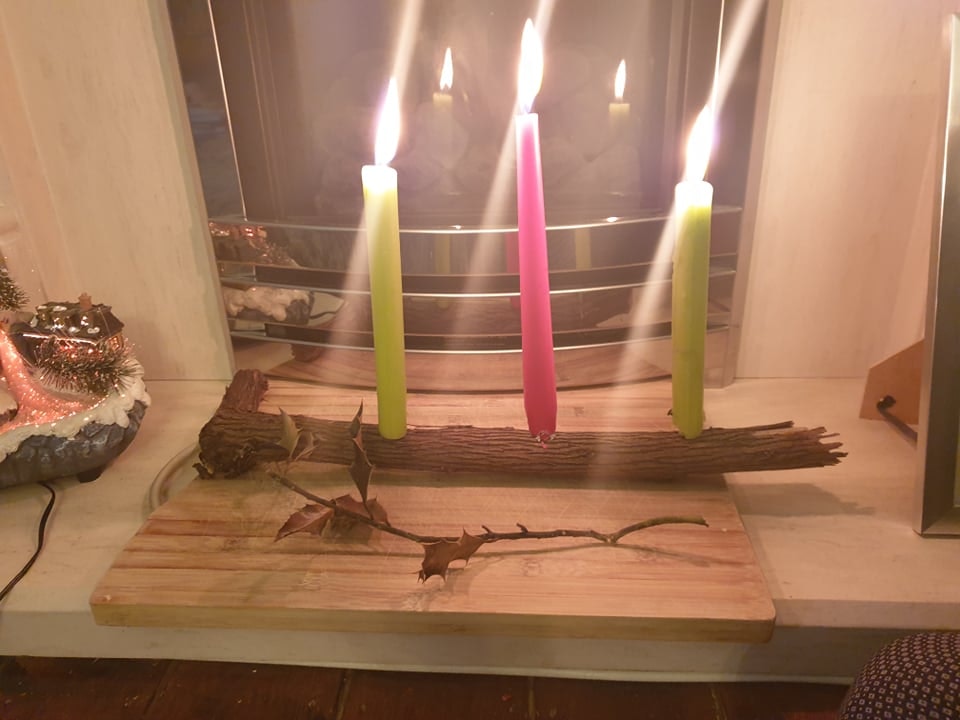 For the Norse, Yule was likely a celebration of Odin and the Wild Hunt, hearing them roaming the skies on the wind each evening, and all manner of supernatural activity was said to increase, which is probably where we get all those stories of Santa's Elves roaming the house in the days leading up to Christmas!

As the earth grows colder,
the winds blow faster,
the fire dwindles smaller,
and the rains fall harder,
let the light of the sun
find its way home

Happy Yuletide! Drink some eggnog, wrap some gifts, and be with friends and family