The Gita and the Ancient Super Weapons 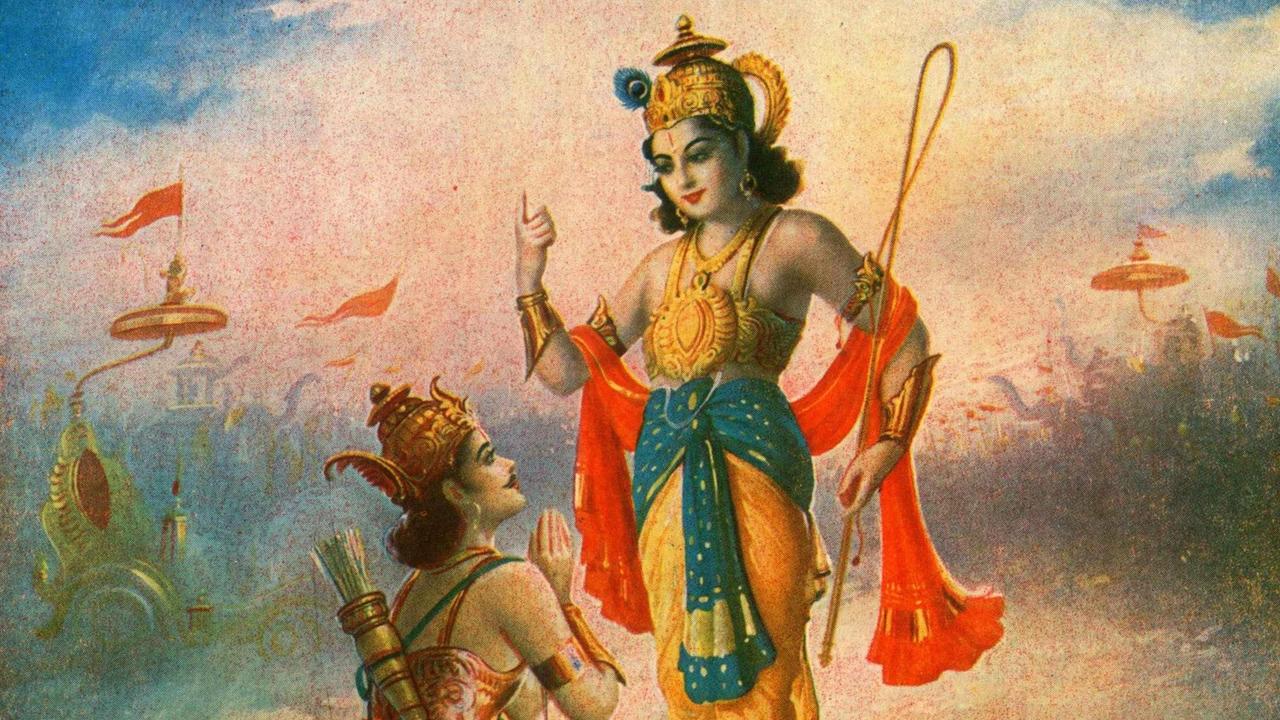 In our recently published "Anunnaki Movie" - We explore a lot of evidence of ancient civilizations, but one section where we discuss the Baghavad Gita, we describe that there seems to be some mistranslation and forgery in terms of "producing evidence" for ancient weaponry described by the Gita.

Here is our explanation that did not make it into the Anunnaki Movie itself.

In the interest of acknowledging what people have asked for though….following the story laid out by ancient astronaut theorists like Hancock and Von Daniken, history views the 1945 Trinity atomic bomb test as a civilization’s entry into the nuclear age...but supposed quotes from the Gita beg the questions; has Earth been the site of ancient nuclear wars? Did humanity blast itself back to the stone age? Will we do it again? Even Oppenheimer himself was massively interested in the Gita, going as far as to learn Sanskrit so that he could read it in its original language. In fact, in his days as a professor he was known to quote lines and passages from it to his students!

People like Erik Von Daniken and David Hatcher-Childress have used this to argue that one section of the Bhagavad-Gita, called the “Book of Drona,” describes ‘magical’ weapons, called “astra,” that could destroy entire armies, “causing crowds of warriors with steeds and elephants and weapons to be carried away as if they were dry leaves of trees.” Another weapon was described as producing vertical, billowing smoke clouds that opened consecutively like giant umbrellas, reminiscent of the massive rising mushroom clouds produced by the Trinity test.

The weapon apparently produced “an incandescent column of smoke and flame as bright as 10,000 suns that rose in all its splendor. After, corpses were so burned as to be unrecognizable. Their hair and nails fell out; pottery broke without any apparent cause, and the birds turned white… After a few hours, all foodstuffs were infected.

“Any target hit by the brahmastra would be utterly destroyed; land would become barren and lifeless, rainfall would cease, and infertility in humans and animals would follow for aeons of time.” The theorists argue the brahmastra had destroyed the entire Kauravas society and turned the region (present-day Rajasthan) to desert. The war also marked, in the Vedic system, the beginning of the current “Kaliyuga” age. Now….as we mentioned earlier….none of these quotes actually exist...and are either mistranslations or entirely made up by some dude in the 90s….so while it's cool to think about, there really is no evidence to support any of it. Also….it’s worth pointing out that once King Ugresena witnessed what the weapon could do, he took the decision to reduce it to a fine powder, to protect the future generations and avoid temptation….so the brahmastra isn’t actually fired in the Gita...only described.

The other aspect people often talk about is the green Trinitite glass, making the argument that after the Trinity explosion, the crater left behind was 300 ft. wide and five ft. deep. Inside was a green, glassy material  indicating temperatures of 3,090F., or 1,700C., the minimum needed to melt sand into glass. This radioactive glass was named “Trinitite,” and was considered an unique material found nowhere else on earth. This glass was also slightly radioactive and gave off energy signatures. After the Trinity test, an engineer who worked on it, Albion Hart, actually noticed that the Trinitite was identical to material he had seen in the African desert decades earlier.

The problem is….the only record of a man called Albion Hart finding some form of trinitite comes from a woman called Margarethe Casson, who wrote an article on Ablion's life in 1972….and there really isn’t anything much else…..honestly i’m surprised so many people have published the quotes and glass stuff so often and gotten away with it….There is a slight grain of truth in the trinite aspect of the story though... In 1932, an Egyptian Geological Survey team member called Patrick Clayton was driving across the desert near the Saad Plateau. He said he began to hear a “crunching” sound under the wheels of his car; which was highly unusual, as he was driving on sand. He stopped and discovered large pieces of glass in the sand. This same kind of glass has also been found under Neolithic, Sumerian, and Babylonian layers at archaeological sites in Iraq. Even in Egypt, this light green sand-glass was known by the ancient Egyptians as “the rock of god” and was often used in jewelry.

Of course, mainstream science asserts that desert glass (other than White Sands) is the product of ancient meteor and lightning strikes, but others have really questioned these theories. Meteor strikes leave impact craters and often meteoric iron fragments as well as different types of stones behind, generally opaque gray or brown ones because of the presence of iron and other minerals inside them.

While a meteor may burn at temperatures hot enough to melt sand into the tektite glass, the remnants generally take the form of tiny glass “beads” rather than widespread layers and slabs, further, the Egyptians were very much aware of meteors and in fact often made daggers and swords out of meteoric iron., and had a different word for the green glass altogether  Alternatively, lightning can potentially be hot enough to fuze sand into glass, but it does so in a distinctive funnel shape in the ground, which is not what we’re looking at here.

The other part of the story often recounted by astronaut theorists is that ten miles west of Jodhpur, a city in the northern Rajasthan region of India, a three-square mile radioactive zone was discovered during excavation for a housing project…..and while the housing project was canceled and in 2016, India’s Defense Research and Development Organization (DRDO) built a laboratory at Jodhpur to develop a drone-mounted radioactivity sensor. ….the evidence does suggest it's nothing more than background radiation.

Childress and Von Daniken have argued that there were increased cases of bone and skin cancer in the area….but  even a basic understanding of nuclear physics will tell you that Radioactivity goes down over time…..in fact, radioactive isotopes produced in a nuclear blast have extremely short half lives measured in seconds, hours, or days, and are reduced to safe levels very quickly…., even Cesium-137 and Strontium-90 -which are the most dangerous to humans, only have half lives of 30 and 28 years...so there’s no way the area is still dangerous or radioactive after 1000s of years…..unless they were using some kind of extra OP super nuke…..

Even in recent history, despite the atomic destruction of Hiroshima and Nagasaki, no harmful radiation persists today in either city. Now, we also have the presence of something called Vimanas in ancient Hindu texts, which are said to be flying palaces or chariots. While we don’t have any physical evidence currently of these flying ships, the mythology does raise interesting questions with its similarities to other tales from around the world that make us ask if we reduced civilization to a point of needing to restart all over again from scratch.

Truly, while loaded with confusion and misdirections at every turn, all of this is incredibly fascinating to see how the story evolved from somewhere, and I encourage you to go and research more into it yourself, as there’s so much more to explore that we won’t be getting into today. If there is any grain of truth to these stories at all, then it adds credence to the idea that at one point, there might have been advanced civilizations with interesting technology in our ancient past!