The Symbology Of The Outer Planets: A Look Into The Unseen Self 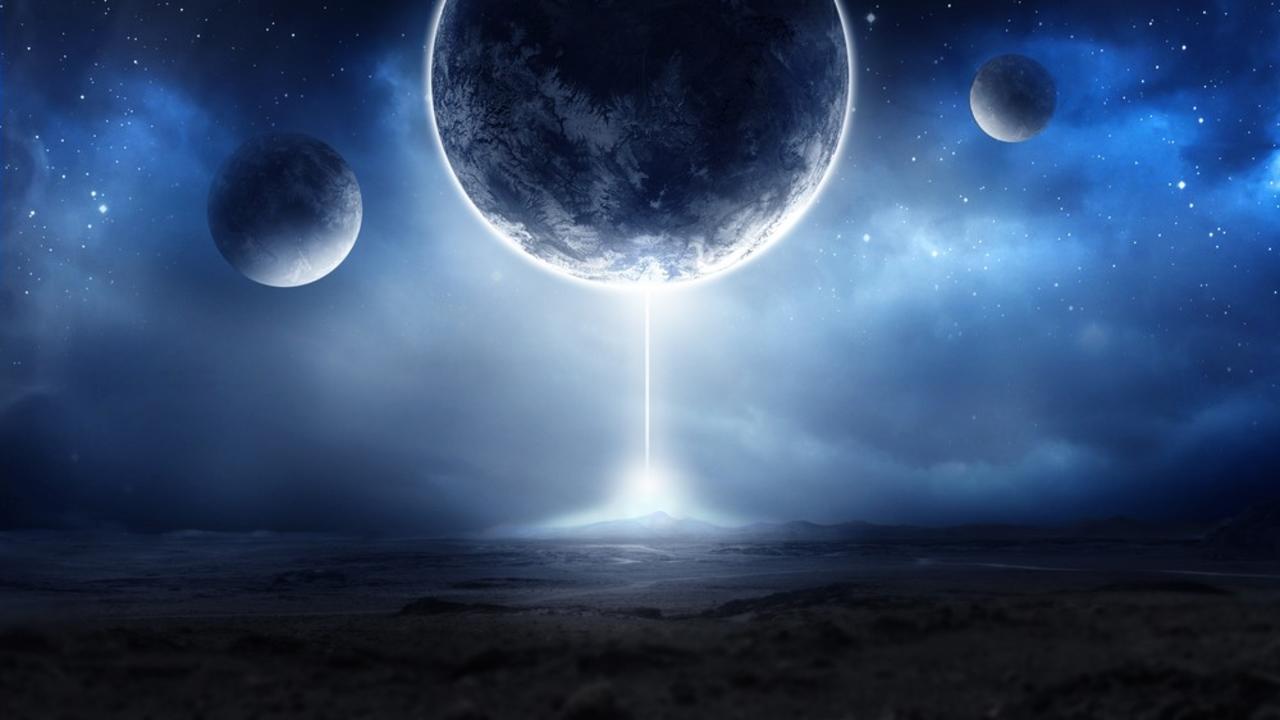 The outer planets, or alternatively, the planets that we cannot see with the naked eye in the night sky, have been a hot topic in Astrology and other metaphysical studies since their discovery. Compared to the other visible planets, these bodies have only been known to humanity for a relatively short time. With that in mind, we are still currently learning the metaphysical significations of them as we observe their journeys around the Sun through our point of perspective. As we uncover their places in our lives through our group experiences, the existence of contradicting views is imminent. For that reason, this series of articles aims to present all the information available so you can come to your independent conclusions, enabling you to be an active participant in the conversation around these topics. Here we will explore the many different facets of Uranus, Neptune, and Pluto by looking at the information astrologers and astronomers have garnered over the years. Still, before we explore the actual planets, there are some bases that need to be covered. In this introductory article, we will explore how the concept of the outer planets as a whole fits into our interpersonal day to day lives, as well as how different astrological schools have integrated these planets with the systems precedent to their discovery.

It is also important to note that these texts will mainly focus on the Western approach to Astrology, albeit not with any pretense that one is better than the other. Investigating how these planets fit into the Western model is already a lengthy and intellectually demanding process on its own. Eastern models of Astrology have a very different system of calculations and symbols. For that reason, studying these other astrological schools in tandem with a Western discussion would make understanding these concepts even more challenging. A separate entry will be dedicated to exploring the Eastern schools at a later date.

The Modern And Traditional Approach To The Planets

To comprehend and experience the philosophical concepts embedded in the Western zodiacal system, you must first understand the cultural context in which it appears. Astrology being a metascientific study that has been part of human history for over 4000 years, has undergone many alterations as it evolves with the people who practice it. Considering that fact, it is not surprising that there are significant differences between the modern approach to astrology versus the traditional. Especially with the implementation of planets unknown to our predecessors, things start to shift dramatically.

Though traditional Astrology has strong roots in the past, it is still practiced by many Astrologers today. The role of the outer planets in this neo-traditional approach to Astrology, however, varies drastically from professional to professional. Some utilize the planets in their readings and other metaphysical practices and have noted the effects on their lives, while others disregard these heavenly bodies entirely. The main reason for this disagreement is the concept of Planetary Rulerships, or merely assigning planets as the metaphorical rulers of each zodiacal sign. Without getting too complicated, traditional Astrology follows a geometrical pattern to ascribe the rulership of each sign, whereas modern Astrology does so by similarity in symbolic meaning. This disregard for geometry is mainly attributed to the differing goals of each practice. 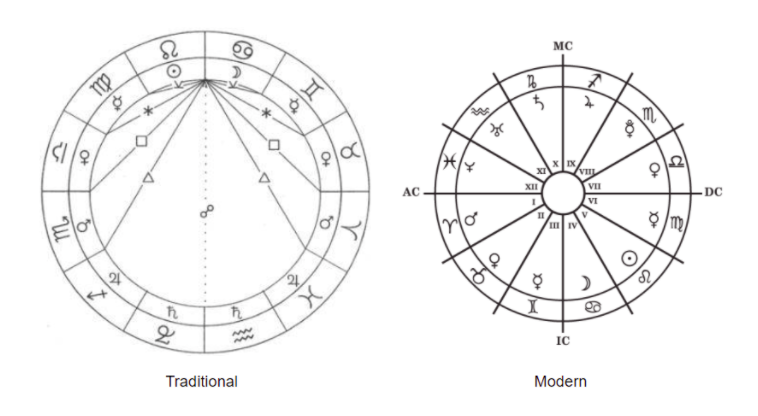 The human psyche vs. fate

In an earlier article on how to use Astrology to find a career path, the relationship between fate and Astrology was briefly mentioned—albeit only through the author's perspective. However, that is only one of the ways to look at destiny through the eyes of Astrology. When analyzing multiple approaches to this theme, we can get a broader perspective of how it can fit into our lives. The primary difference between modern and traditional Astrology is this perception of fate.

Traditionally fate was a big part of astrological studies, and it had the prediction of future events as its primary goals. The way free will interacts with the idea that our futures are predefined is often hard to understand and describe. With modern Astrology having strong roots in new age theology, the idea that we create our destiny through our thoughts in the present seemed to strongly disagree with the ancient ideas around purpose. This caused a shift of focus by modern Astrologers to a psychological study of the self, how it creates, and how it can create a different reality (when dealing with traumatic events). Still, it would be presumptuous to assume that every neo-traditional Astrologer believes fate is inescapable and that we are doomed to live a particular life upon birth. The most common approach to this philosophical issue is that there are both events that we create and those created through human affairs at fate's hands. However, coming to your own conclusions regarding the philosophy of purpose is encouraged when studying Astrology.

Astrology's traditional and neo-traditional schools emphasized the geometrical relationship between signs and planets because of fate's believed structural design. Therefore disrupting that pattern would make predictions inaccurate or at least more confusing to interpret. Since forecasts are secondary and at times even avoided when looking at the modern approach, this geometrical pattern's significance is much less considered. In short, traditional Astrology aims to prepare one for the future, whereas the contemporary teaches how one can create their reality with the character they were assigned upon birth.

Despite the apparent differences in philosophies, there are still some intersections in how the planets are viewed across Western schools of thought. The distinction between personal and transpersonal planets is one of them.

The unifying factor between the three currently known outer planets are their slow and, at times, eccentric orbits, with the fastest being Uranus taking seven years on average to transit through each sign of the zodiac. Contrastingly, the slowest of the visible planets is Saturn at two years per sign. This matters because since these outer planets have such a slow orbit, plenty of people will be born under the same sign. With that in mind, it is easy to assume that these planets play a role, not in an individual's personality but in a generation's characteristics. Though as neo-traditionalist Astrologer Lisa Schaim points out, they do "color" whatever area of the natal chart they appear in with their energies.

Moreover, since there is a clear relationship between a generation and the outer planets, they also play a crucial role in Mundane Astrology. This type of Astrology focuses not on the individual but the daily conditions of the world at large, and it does so by examining the planets as they transit through the signs. An excellent example of this is the Pluto-Saturn-Jupiter conjunction of 2020. When we observed Saturn's theme of restrictions, Jupiter's theme of faith, and Pluto's theme of death and rebirth, we can see their ties to the novel Coronavirus epidemic. In later articles, when we look at the significations of the outer planets individually, we will explore their effects through major historical events that will further exemplify this phenomenon.

The Outer Planets And Kabbalah

Some practitioners pick either Eastern or Western ideals, while others attempt to merge old and modern traditions into new practices. Through the effort of many Astrologers trying to develop a transparent system of how these planets should be considered, the concept of Planetary Octaves has emerged. Some astrologers adhered to the belief that these planets represent a generation and stand for higher levels of the soul that are intangible in a 3D reality. This concept then links the outer planets to the visible planets via octaves, meaning that the outer planets make higher and intangible expressions of the visible planets. Mercury, Venus, and Mars were linked to Uranus, Neptune, and Pluto, respectively.

However, the idea of these planets being higher levels of the soul mostly comes from how these planets fit within the tree of life. 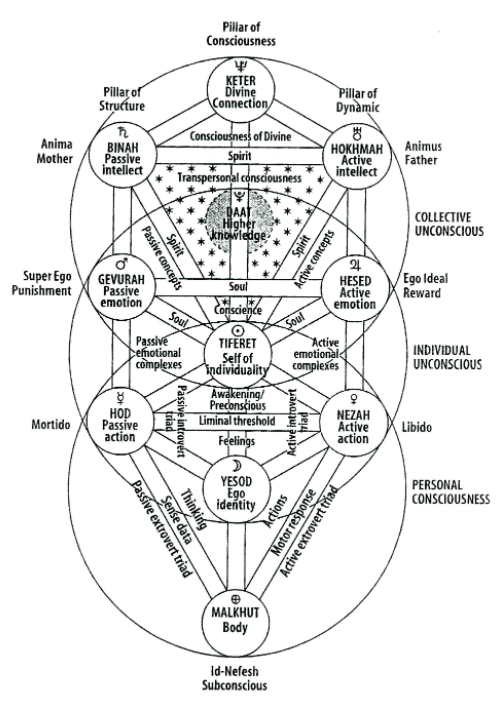 As observed in the image, Neptune, Uranus, and Saturn are part of the Consciousness of Divine triad, Saturn being the first visible planet and the first step towards concrete, structured manifestation. Pluto, however, is the only planet in the area of Transpersonal Consciousness. Therefore, the three outer planets with Saturn delineate the manifestation process before and at the dawn of physicality. Though how this idea synthesizes the concept of Planetary Octaves is unclear, there is much that can be gained by looking at these outer planets through these lenses. When considering the geometrical disruption dispute, we begin to see that one of the reasons these planets do not easily fit into the ancient geometrical astrological system is because this system is used to portray the structure of the cyclical nature of the human experience. The outer planets, however, symbolize the spiritual process prior to the creation of the structure itself.

There is much that we still do not know about the metaphysical nature of the outer planets. Most of this can be linked to the fact that Uranus, Neptune, and Pluto stand for aspects of life that humans have yet to have mastered. As the human psyche evolves to explore these uncharted territories, we will slowly piece these puzzle pieces together until we finally understand what lies beyond Saturn's symbolic and physical bounds. For now, all we know is that these planets play a massive role in the musings of the collective. In a way, it is almost comical how our understanding of the planets symbolizing our collective link with one another is just as uncertain as our understanding of each other. Perhaps these planets are only a reflection of that lack of mutual comprehension. If that is the case, when we find peace and understanding that we are both individuals and part of a unified organism, we will grasp what lies beyond the self to map the heavens' structure. 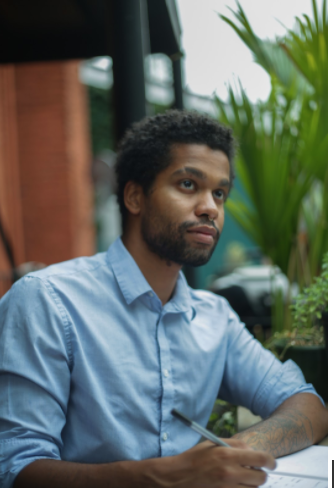 About the author: Joe G. Santos

Writer, Thinker, and Visionary. Through writing, I aim to clarify the most pressing questions about human behavior and world issues, pointing to practical resolutions in an entertaining and accessible manner. You can find my work and contact me at https://www.joegwriting.com/.