This Sculpture Symbolizes the Threat of Climate Change 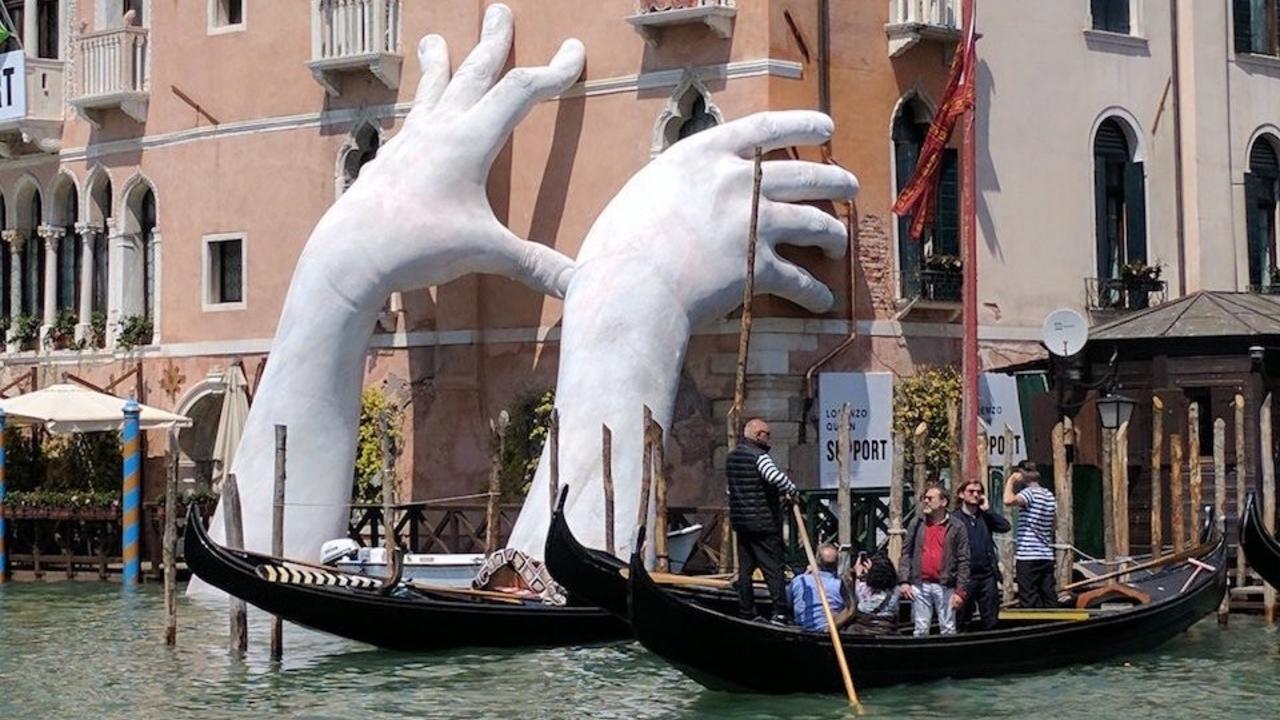 Would you rather hear the good news first or the bad news? The bad news is that climate change has finally gained enough momentum that its effects have become palpable to the average person. The good news is that being able to feel the impact of global warming forces us to prioritize a solution. 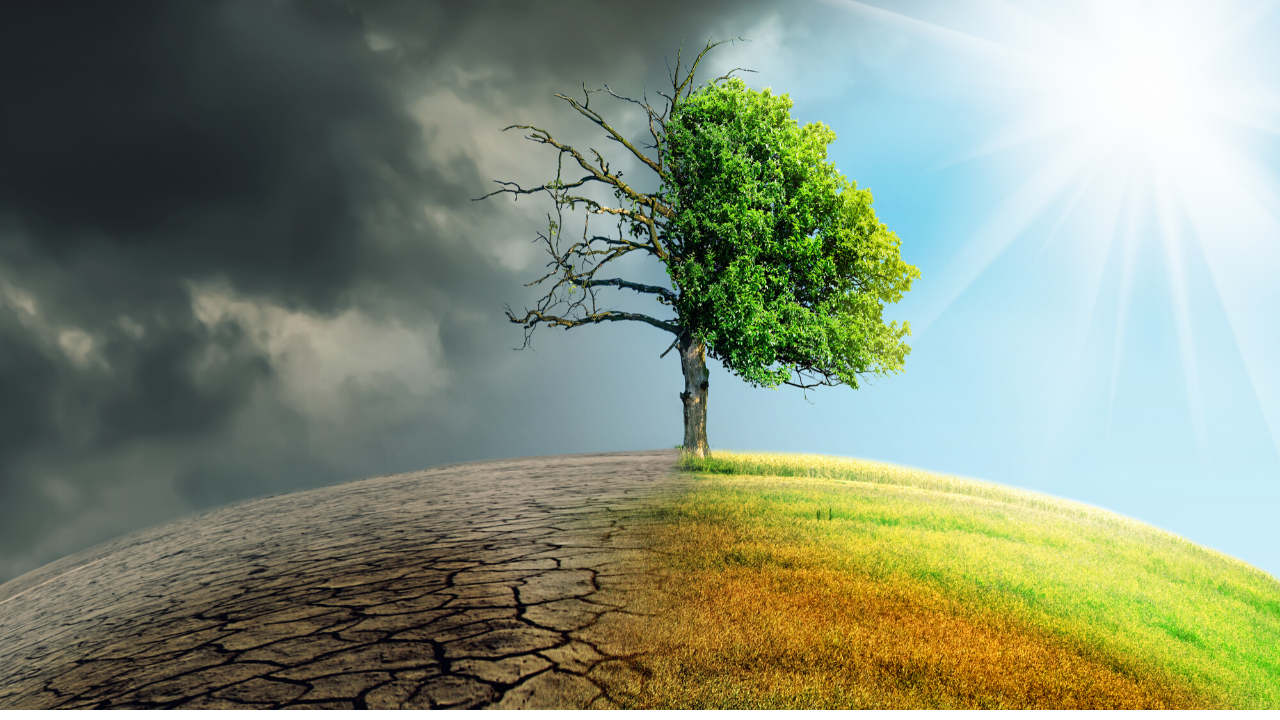 "We're the first generation to feel the impact of climate change, and the last generation that can do something about it," said former President Barack Obama, quoting Washington State governor Jay Inslee.

With the clock indeed ticking and our collective anxiety rightly mounting, what better way than art to face the realities of climate change?

In light of these mounting climate change challenges, Italian sculptor Lorenzo Quinn installed a massive and masterfully rendered pair of human arms that appeared to support the famous Ca'Sagredo Hotel in Venice. Amongst Venice's historic bridges, gondolas, and canals, the hands appeared during the 57th International Art Exhibition of the Venice Biennale

"At once, the sculpture has both a noble air as well as an alarming one — the gesture being both gallant in appearing to hold up the building whilst also creating a sense of fear in highlighting the fragility of the building surrounded by water and the ebbing tide," said a representative from London's Halcyon Gallery.

Quinn's creation, aptly titled Support, consists of two 5,000 pound arms. The method Quinn used to create the pieces is "lost-wax casting," a traditional technique in which the artist casts a mold created from a wax model of the sculpture. Quinn completed the giant arms in his Barcelona studio and erected them with help from the Halcyon Gallery and the City of Venice. He crafted the arms of polyurethane foam coated in resin. Four 30-foot pillars anchored the hands to the bottom of the Grand Canal.

The hands appear to prevent the hotel from collapsing into the water. The image points out the imminent threat faced by the city of water as well as the power of humanity to change our ways and avoid further global warming.

Roman citizens who were mostly likey Celts founded Venice around 420AD. Long before it became the dazzling seaside destination it is today, the location was a mosquito-plagued marsh consisting of 118 smaller islands. It was initially held up by wooden pillars, mud, and foundations of marble. In its very origins, it was a less than stable structure. Venice's foundation may contribute to it's particular vulnerability to rising sea levels.

Climate scientists report that rising levels of the Mediterranean Sea threaten to submerge Venice and other world heritage sites within the century. A study published in the scientific journal Nature states, "49 cultural WHS (World Heritage Sites) located in low-lying coastal areas of the Mediterranean, 37 are at risk from a 100-year flood and 42 from coastal erosion, already today." 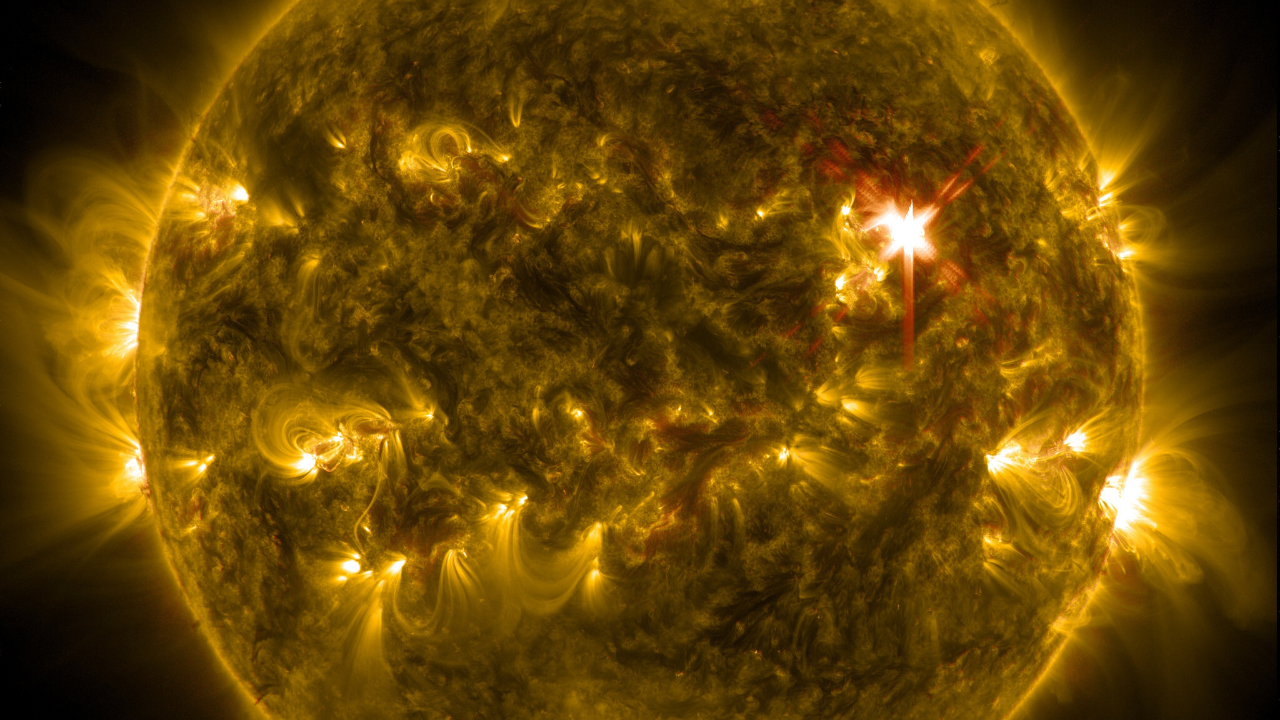 In some particularly high-risk areas, the researchers called for a relocation of the moveable heritage sites. The World Heritage, a project of the U.N. Educational, Scientific, and Cultural Organization (UNESCO) acknowledges significant cultural sites around the world. The organization may identify these for their ecological significance, an impressive feat of architecture, cultural importance, or preservation of human history.

In his interview with Mashable, Quin said, "I have three children, and I'm thinking about their generation and what world we're going to pass on to them. I'm worried; I'm very worried." Following the debut, Quinn explained that Support "wants to speak to the people in a clear, simple and direct way through the innocent hands of a child and it evokes a powerful message, which is that united we can make a stand to curb the climate change that affects us all."

The sculptor crafted the hands based on his children, rendering the sculptures in remarkably fine detail from the fingernails down to the knuckles. By referring to the innocence of childhood, Quinn referenced our collective need to protect our world for the next generation. While the installation was in place only from May through November of 2015, its message continues to be essential as we join together to safeguard the future of planet Earth.