Using the Power of your Prayer to Help Australia 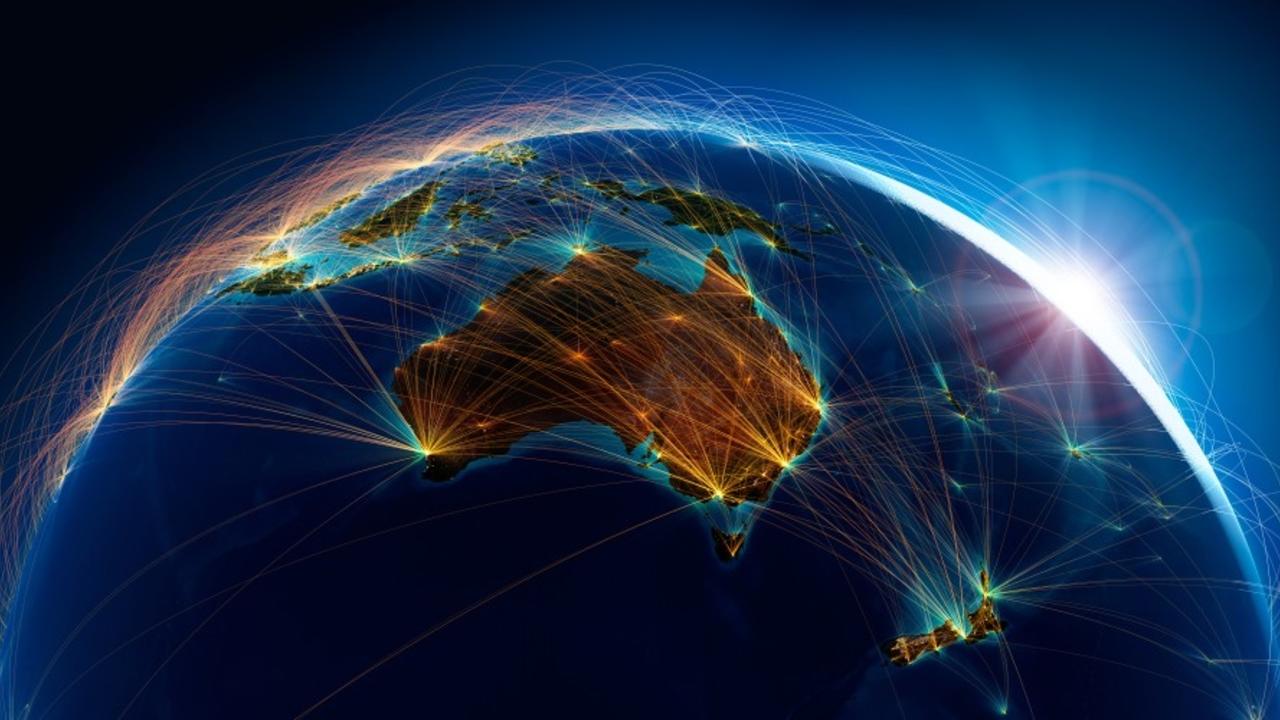 What price do we pay for modern technological conveniences? This question isn't referring to your monthly Netflix subscription or the exorbitant cost of the new iPhone model. What I'm referring to is the constant onslaught of information, infiltrating every facet of daily life. Only 100 years ago, our ancestors had hugely less access to world events via media. In today's climate, most modern people have laid their eyes and attention on at least one screen before breakfast time. Whether on Facebook, Instagram, news from the TV, or print media, we are almost inundated continuously with all the political and social horrors, climate heartbreaks, and small to large scale violent happenings on all corners of the globe.

Australian Brush Fires, Climate Change, and the Power of our Person State of Consciousness

It seems we cannot escape the barrage of distressing news stories cropping up daily, and a prime example of such is that of the Australian Brushfires. Beginning early fall of 2019 and raging on even now in January 2019, this year's fire season across Australia has been the worst in recorded history. Though Australia sees wildfires every year, particularly in its driest areas, the catastrophic spread of flames this year is being exacerbated by severe drought conditions and record high temperatures reaching as high as 107 degrees Fahrenheit. Many point to climate change and rising global temperatures as significant factors in this year's uncontrollable inferno.

Others have pointed out as well that carbon emissions are high and have yet to be managed sufficiently by the Australian government. More than 20 people have lost their lives, some volunteer firefighters, and the number of homes destroyed exceeds 1000. Scientists estimate that billions of animal species have been killed. Some have even pointed to the threat of extinction for some species. Though military forces and reinforcements from nations abroad have been dispatched, some experts believe Australia has yet to see the worst of the fires.

We are all a part of this planet, and while some of us may be half the globe away from Australia and its ravaging fires, reading, seeing, and knowing that a part of this beautiful planet is losing much of its environment to ashes affects us all on various levels. Aside from donating or encouraging our respective governments to dispatch aid, what can we do? It is easy to sit by and despair, to merely react and allow our stress levels to build. To allow the focus of our attention to be on the destruction, yet this approach doesn't help the situation. We can use the power of our consciousness, the center of our attention, and the radiant ability of our energy field to spread waves of peace and hope outward, like ripples on a pond.

Let's take a look at how a powerful meditation called Transcendental Meditation has the scientifically proven ability to create change beyond the limited field of the person who is meditating and shift the perceptible reality on a grander scale. 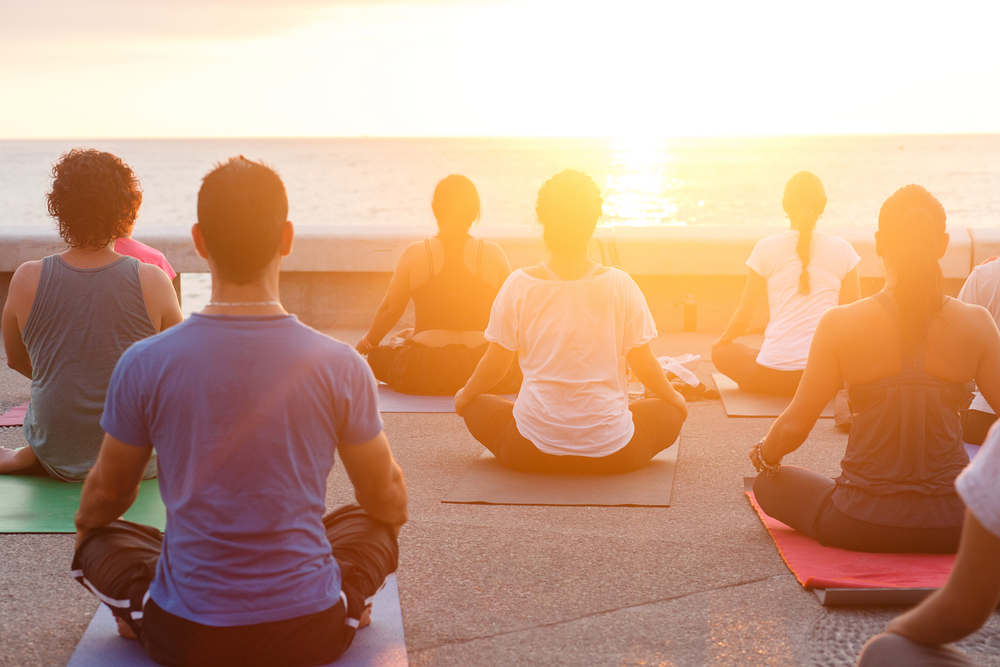 What is Transcendental Meditation?

Maharishi Mahesh Yogi developed Transcendental Meditation (TM) in the 1950s in India. It became extremely popular over the next 20 years and beyond as Maharishi Mahesh Yogi exported it throughout the world. Eventually, standardizing the technique and going on to create various organizations intended to share and teach the technique to multiple groups of people ranging from businessmen and women to children, students, and beyond. It is reported that millions of people have now been taught the technique.

Transcendental Meditation refers to a specific meditation or yogic practice in which the meditator silently repeats a mantra of peace and harmony in a meditative state for 15-20 minutes twice a day.

According to tmhome.com (Transcendental Meditation News & More), "Research conducted with students, with people who have post-traumatic stress disorder, or with employees confirms beyond doubt that TM provides deep relaxation for the body and mind," and goes on to describe a list of other benefits ranging from improved cognitive function, healthier blood pressure readings, better sleep, and more.

If sitting down to meditate for 15-20 minutes out of the 24 hour day can create such a shift in our health and well-being, it can serve as an essential starting point to shift our energies into an uplifted, empowered, peaceful and constructive vibration. The state we are in automatically radiates outward, affecting our surroundings and rippling out across the universe. When a group of people meditate together for a common purpose, the results become incredible. The collective intention has been demonstrated in a phenomenon called the 'Maharishi Effect, ' which we will discover now.

The Maharishi Institute of India conducted 13 studies to analyze the effects of TM on society and found, in every study, that if even 1% of the population meditates daily, there are significant measurable effects immediately after the first Meditation. The benefits increase as the number of meditators increases with a predictable and significant reduction in crime- specifically violent crimes like rape, assault, and murder, with increased satisfaction with the government by the citizens and better quality of life overall. One study conducted in Washington, DC- a high crime city- looked at the occurrence of violent crimes.

During the controlled meditation project, the city saw a 23.3% decrease in violent crime. There had been no decrease in crime the previous five years, and no other explanation could be credited for such a decline in violence. Even better, as the number of meditators increased, the crime rate continued to decrease as a response. It is estimated that if the final total of 4,000 people in Meditation had continued in sync, the effect over time would have resulted in a 48% reduction in violent crime rates. 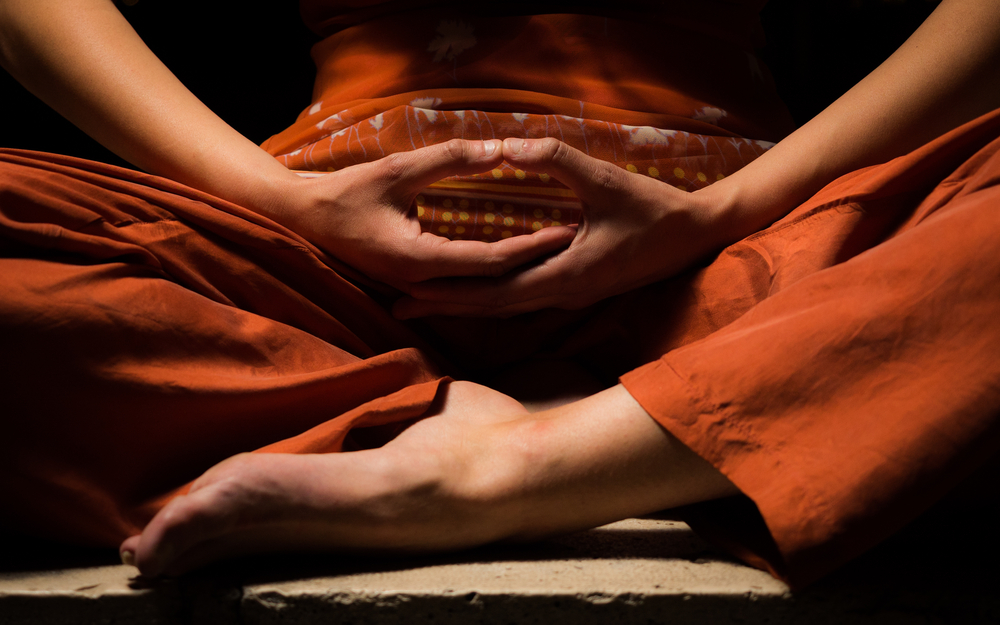 Similarly, the town of Merseyside in the UK experienced a decrease in crime by 16%, during which time the overall crime rate spanning the rest of England and Wales increased by 20%. Incredibly, the town of Merseyside shifted from ranking as third-highest crime rate out of all the metro areas in the UK to be the second-lowest. During the 3.5 year experiment, Meyerside saw 170,000 fewer crimes than statistically expected. The estimated savings to the government were 850 million British pounds.

As mentioned previously, when groups of people practice TM together, the benefits range beyond crime reduction and lower government expenditures to an overall improvement in the quality of life for citizens and less social unrest.

Take, for example, when the TM project was observed in Rhode Island; the unemployment rate decreased, the rate of alcohol consumption went down, and even cigarette consumption was reduced.

Homicide, suicide, and car accidents declined, and there was a decrease in strikes enacted by workers resulting in less workdays lost.

These specific instanced represent only a fraction of many studies of the effects of TM on crime and social well-being and have been termed, 'The Maharishi Effect.' While most of these studies interpreted the impact on crime and social issues, it wouldn't be a far leap to see that a group of focused meditators could focus their efforts toward other dynamics on the physical level of reality to affect change and healing. If thousands of meditators synchronized and joined together to meditate or pray for a resolution of the destruction in Australia, focusing on healing and regeneration, the results could be phenomenal.

Meditation: the most Accessible Gateway to Peace 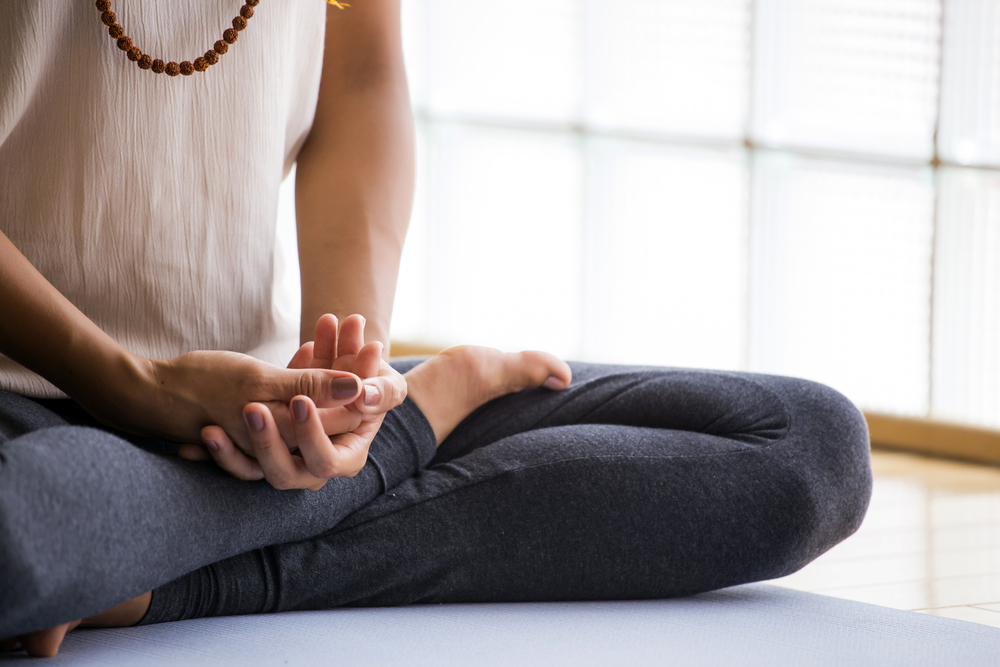 With a multitude of mental, emotional, and environmental threats and afflictions facing people on the planet Earth today, we are charged with finding our way out of habitual ways of harm, destruction, and anxiety. The ancient yogic practices out of India present themselves as viable and accessible ways to safely take refuge from the distress of the world to clear and reboot all of our systems. When we heal our nervous systems, come into a state of calm and peace, and come together with other like-minded individuals in group meditation, we really can shift the world. If we all dedicate some time and energy to pray for, light a candle, or practice a focused meditation for Australia, we can see results there too. In mitigating the effects of unavoidable stress worry, and anxiety, we not only benefit ourselves, our families, and our personal lives, science clearly shows that we also contribute to peace and integrity the world over.

Jacqueline Debets of elephentjournal.com shares this simple, mantra-based technique to get started with Meditation no matter your experience level.

2. Listen to "AUM" being chanted and chant along mentally, breathe normally without controlling it, keep relaxing your body (~10 minutes).

3. Forgive: imagine all the little and big moments of irritation today, and forgive yourself and others for each one. Please acknowledge that you and others can be confused, distracted, and we are all doing the best we can in the moment. Bring each incident up to your spiritual eye, imagine it burning there in divine light, and let it go. (~15 minutes)"

In a world rife with stress, violence, and worry, it is always possible to embody a change towards wholeness and peace. Happy Meditating.