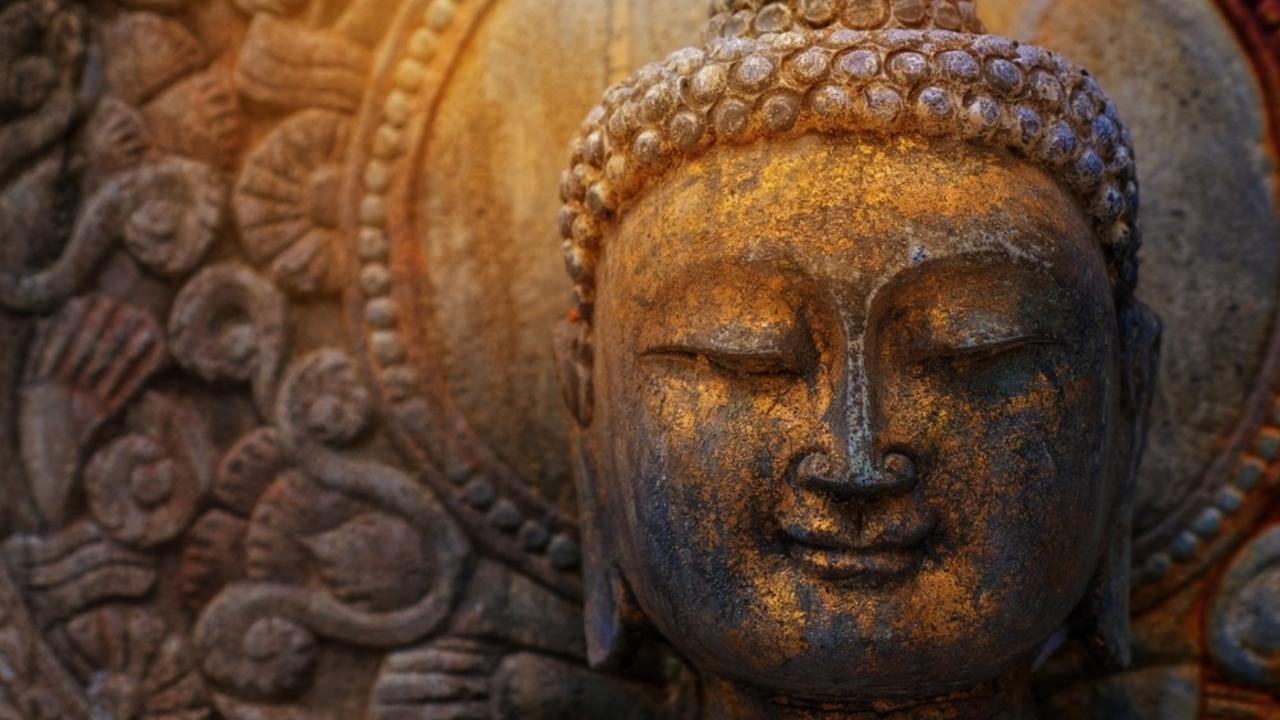 Mantras are powerful phrases that have been called "vehicles of the mind." Similar to the figure of speech referring to our' train of thought', we recognize the ability of thought processes and language to carry our minds and ourselves into various experiences and even dimensions of reality. The mind is a powerful force, and our choices regarding how to direct its activity and programs will largely decide the direction our emotions, experiences, and lives take.

Using mantras, therefore, provides forms of movement and focus for the mind and thus gives a framework to move our minds and experiences in specified desired ways. Mantras are special words or phrases that are repeated in mediation via speaking, singing, or chanting, to assist in entering a different state of consciousness. Used frequently in Hinduism and Buddhism as well as many other religious systems, they are a powerful spiritual resource we can all use.

The Shurangama Mantra is a particularly powerful and revered mantra, ancient and said to be impossible to comprehend by the human mindfully. A legendary belief surrounds this mantra stating that as long as one person on earth is always repeating this mantra, the earth and heaven may continue to exist. If the mantra weren't being repeated somewhere even for a brief second, it is said that the world would end. It is believed that the dark forces fear the power of the Shurangama Mantra and would be able to reign in destructive power, were it not for the repetition of this mantra.

This mantra, which keeps all of the darkness at bay, is called the Shurangama Mantra. "Shurangama" means "ultimately firm and strong." To honor this mantra, the Shurangama Sutra (or scripture) is spoken to make sure all virtues are kept whole—to make sure the Proper Dharma is followed. The scripture was first found around 8th century Japan and translated into Tibetan in the next century.

Let's take a look at what makes this mantra so powerful. 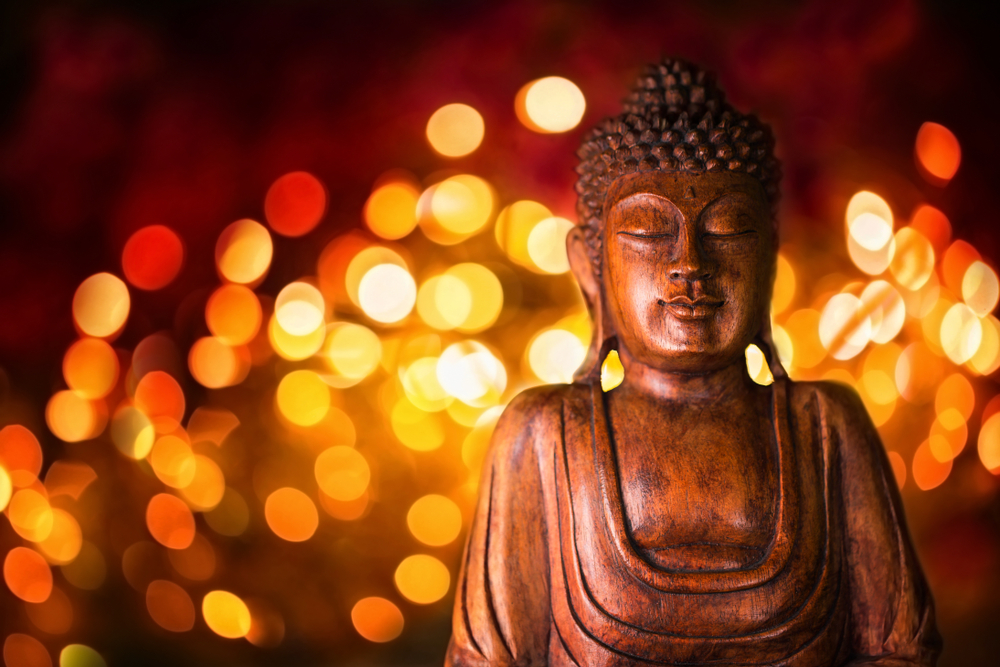 The Power of the Shurangama Mantra

The full name of the Shurangama Mantra is "Great White Canopy of Light Dharani Mantra" or 'mo he sa dan tuo bo da la tuo lo ni zhou.' The word 'canopy' acts as a metaphor for a scared protective space for those who live a virtuous life. The more one becomes, the better able one will be to understand the profundity of this mantra. Each word in the mantra is said to hold incredible power and those who practice chanting; it will be able to eventually remove traces of darkness, allowing them to follow the virtuous path as the Buddha did.

These virtues are as follows: to never kill or harm others, never to steal, reserving sexual activity for sacred purposes, remaining honest, avoiding gossip and ill-speaking of others, to communicate without arguing or raising one's voice, speaking only when necessary, to live a life of generosity, not greed, to remain pure in thought and mind, and in keeping one's spiritual beliefs, to be pure and focused of heart.

In repeating this mantra, the person chanting it begins to build a field of powerful healing and high- vibrational energy around him- or herself. The 'White Canopy of Light' begins to form itself around the one chanting as the sound is repeated over and over, building up the vibration until its truth is felt in the material realm. Just as thoughts are things, words are as well, and with the added substance of sound to bring the words of the mantra into reality.

The recitation of the Shurangama mantra may also assist those who practice it in raising their vibration and releasing karma from this and past lives. It can be used to reach a Buddha-like state of enlightenment on one's path.

Finally, the mantra works to help those who use it attain the Five Eyes and the Six Penetrations, levels, and aspects of spiritual enlightenment and completion.

The five eyes in Buddhism are levels or modes of perceiving reality and the universe and are described in 5 ascending levels of spiritual capability in the following respective order: The Physical Eye, The Heavenly Eye, the Wisdom Eye, The Dharma Eye, and the Buddha Eye.

The Physical Eye describes the ability to perceive the mundane world. It refers to our understanding of the physical manifestation of our world, including flesh and blood, the visible light spectrum, and whatever the naked human eye can see phenomena. Naturally, the Physical Eye is easily accessible but also limiting, as it does not allow perception beyond the surface. It is necessary to our human existence but does not include the senses native to our spiritual inheritance, which require meditation to acquire.

The Heavenly Eye describes the ability to see and perceive beyond what the Physical Eye is capable of, including phenomena and realities beyond the immediate space and time that the physical eye can perceive. In the ancient times of the first Buddha, the Heavenly Eye could only be achieved via meditation and spiritual discipline. Yet, in modern times it could be said that the Heavenly Eye has been bestowed, partially, by technology. Examples of this include the ability to see into outer space via telescopes or cameras installed on spacecraft or the ability to see realities from the past or in other parts of the world using media. The Heavenly eye exceeds the Physical eye in its scope of possibility yet is still a dualistic vision associated with the ups and downs of physical reality.

The Wisdom Eye is the ability to see beyond what we understand as matter and form. One of the central tenets of Buddhism is the acknowledgment of emptiness as the ultimate reality beyond all apparent manifestations of form or temporary identities. The Buddha realized and taught that although people, creatures, and objects appear 'real,' they are, in fact, formlessness manifest as temporary identity. A state of incredible bliss is associated with the attainment of the Wisdom Eye. 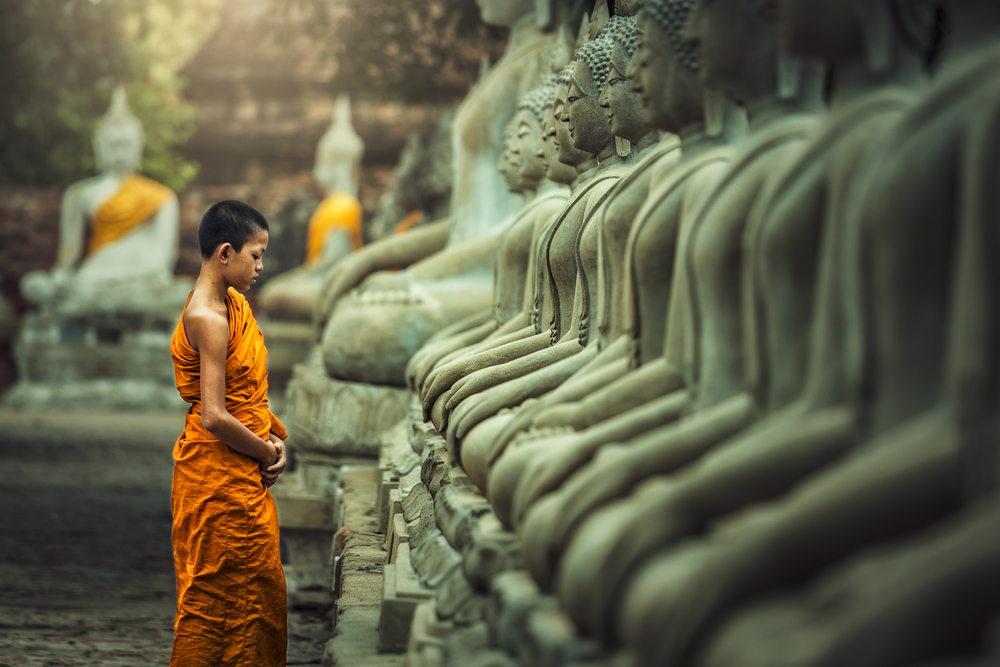 The Wisdom Eye is when one finally sees and understands that all is emptiness and formlessness and also understands him- or herself as one with that emptiness. This is a level of enlightenment, yet it is also difficult for those who reach this level of reality not to become attached to it. If an individual becomes attached to the experience of the Wisdom Eye, they have merely moved to the opposite end of the spectrum attachment.

Because there is no attachment to any level of being, the Dharma Eye represents the state of being embodied by Bodhisattvas, who are in service to other souls on the path of life.

The final level of perception that can be attained is that of the Buddha Eye. This level of perception is a state of pure being, one beyond the limitations of language. The Buddha's eye sees the truth of existence at the highest level. At this level, the experience is one of pure oneness with the universe, free of a subject or an object of observation. 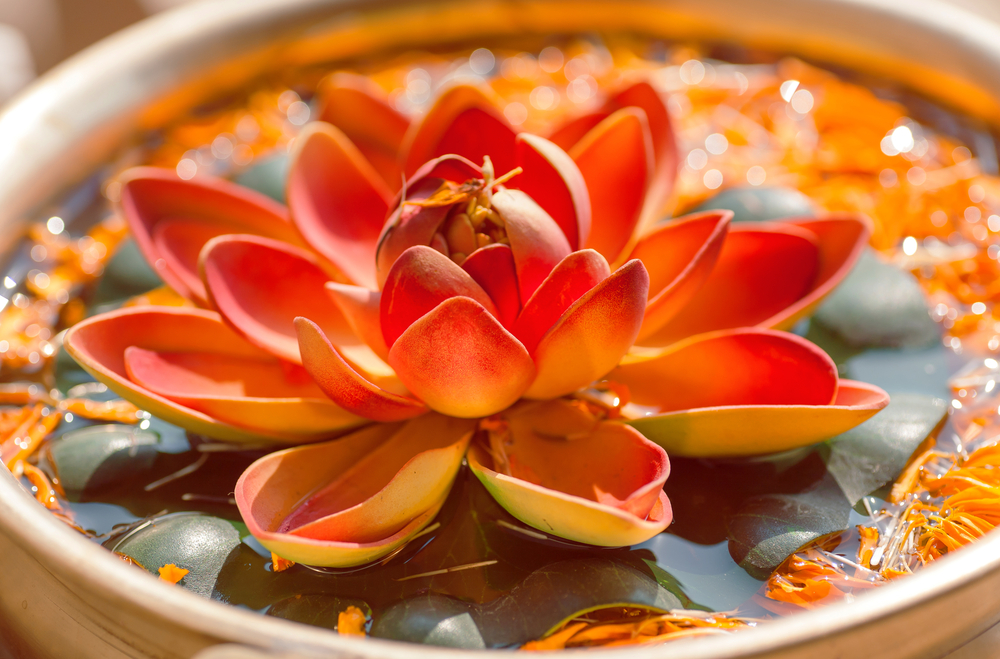 Recite the Mantra Daily to Feel the Effects

While there is no guarantee that the Five Eyes may be achieved, one thing is for sure; by practicing the recitation of this mantra on a regular basis, individuals can undoubtedly expect to see their consciousness evolve in uplifting and purifying ways. The quality of consciousness will naturally expand, and perception of day to day problems and complaints can come into focus from a wider perspective along with the development of compassion. With extended and earnest practice, a greater level of perception and spiritual attainment is possible.

You can find the original verses of the Shurangama Mantra together with accompanying mudras (hand gestures) posted by the Dharma Realm Buddhist Association.