What is Imbolc? Learn About One of the Most Potent Winter Ceremonies. 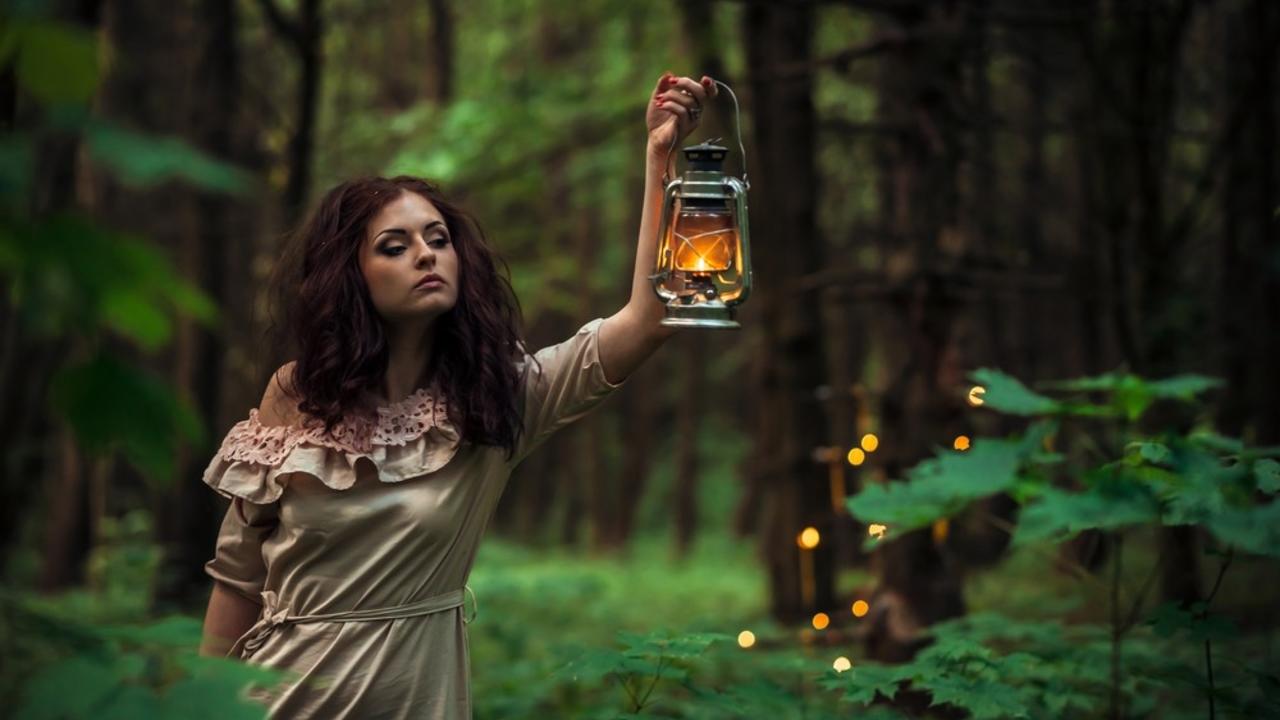 Many of our most loved and cherished modern holidays and seasonal festivities harken back to the ancient peoples of Europe- particularly the Celtic people. Celebrations finding their origins in ancestral Europe include Yule and Christmas, Valentine’s Day, St. Patrick’s Day, Halloween, May Day, and the list goes on. One lesser-known celebration of significance to the Celtic tribes is known as Imbolc. The word means ‘in the womb’ or Oimelc, meaning ‘ewe’s milk,’ about the birth of the first new livestock signaling the beginning of spring and initiating a time of relief at the returning light of the sun, a source of sustenance precious and sacred to the ancients. 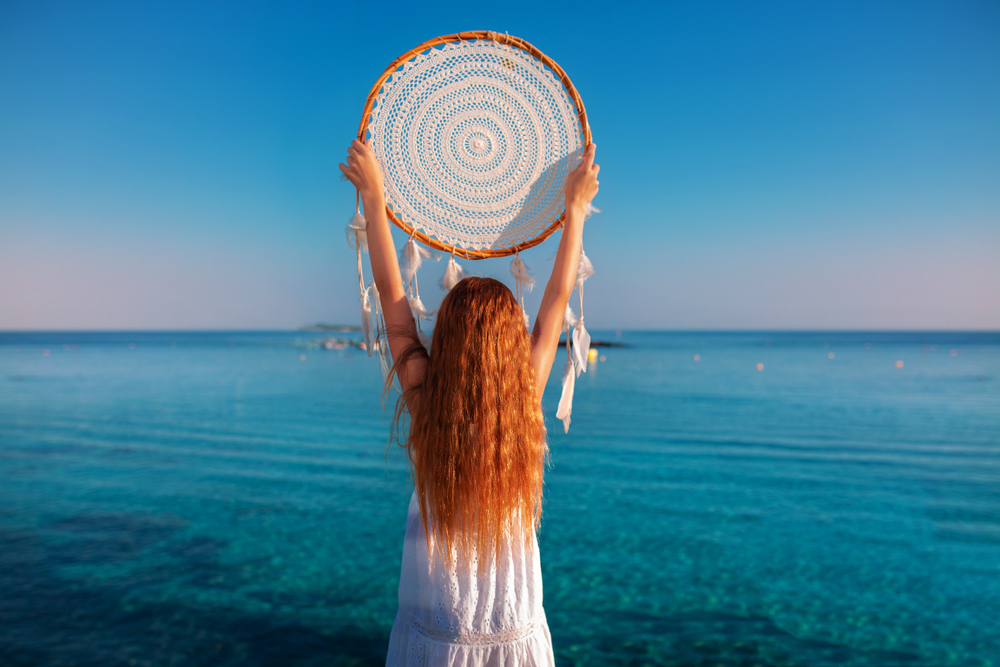 The Celtic Wheel of the Year

The Celtic year revolved around two major themes of significance; the alignment of the sun relative to the Earth and the phases of the agricultural process of sowing, planting, harvesting, and resting. In those times, everyday life and survival depended entirely on the care of livestock and the success of planting and harvesting staple grains and vegetables. Naturally, these agricultural cycles are and were altogether subject to the turning of seasons and the strength or weakness of the sun’s light. The predictable rhythm of these days represented the continuation of life for the tribe and the blessings or blights bestowed from the resident deities.

The Celtic cross is an iconic symbol recognized the world over and for a good reason. The four prongs of the cross can be likened to the four points of the year, the four directions, and the four seasons. These are associated with the autumn and spring equinoxes and the summer and winter solstices. Precisely in the middle of each of these four points sits one of the four mid-season celebrations. The Celtic year started and ended with Samhain at the end of October, continued with Imbolc at the beginning of February, followed by Beltane in May, leading to Lughnasadh on August 1st, after which the year ended and began again at Samhain.

Imbolc essentially represents the tapering off of winter and the coming of the light-filled half of the year. Once spring broke across the land, ancient people knew that the struggles and harsh survival of the winter were drawing to a close. Warmth and abundance were on the horizon again. During the cold months of threatening and bitter weather, rationing of food, and short dark days, the Celtic tribes eagerly welcomed the first signs of warmer weather- early growth of plants and flowers, noticeably longer days, and the birth of new livestock that would go to pasture by summer. The timing necessary to breed and birth livestock was carefully tended to as was the successive planting of crops to ensure a maximum harvest.

Beyond the practical and survival-focused aspirations of agriculture and livestock, the Celts were deeply spiritual people, intrinsically connected to the consciousness of the land and the cosmos. Though not fully understood, we do know that in Celtic tribes included a particular class of society known generally as druids. However, the Order of the Wise also included Bards and Ovates. The individuals in the druid class carried out essential functions for the tribe as scholars, story-tellers, history-keepers, law-makers, diviners, healers, herbalists, and sacrificers. Together with their druids, the community saw beyond the practical implications of life and into the view of spirit.

Imbolc not only observed the early signs of returning biological fertility but also the spirit of fertility, the vital presence of feminine energy, and the honoring of the ancestral mother energies that continuously brought forth life. 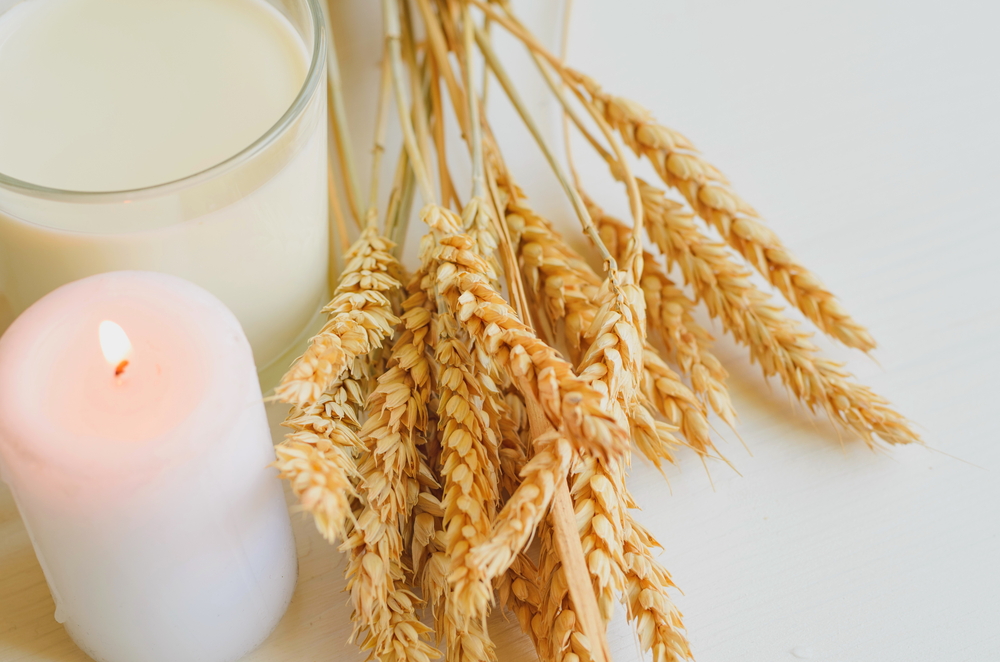 How was Imbolc Celebrated?

Festivals associated with Beltane and Samhain would revolve around huge bonfires, feasting, and offerings to the Earth and local land spirits. Conversely, Imbolc seems to have been a quieter, more internal, and reverent time of celebration where perhaps the fire was one in the individual hearth of the family home. How this observance played out evolved to reflect social and political conditions. In the earlier times where homes were all wattle and daub huts, the fire would have been used whereas later after Christian invasion in times with stone and wood homes, a fire could have as quickly been expressed with candlelight illuminating each room.

As people deeply connected to the Earth and sky, the Celts often spent time around Imbolc seeking signs and omens to reveal what kind of weather could be expected for the coming months of spring and summer. One well known Irish legend insisted that adverse weather conditions on the day of Imbolc assured a wonderful summer season. Because the old hag or witch deity, Cailleach, only came out to collect firewood if the winter would last longer, she would only collect firewood if the weather was dry and bright. If winter were over for the current season, it would mean the Cailleach had gone to sleep, signifying the end of winter.

Another custom steeped in Irish tradition was to visit holy wells, fixtures still visible throughout the Irish countryside. To bring about a year of good health and fortune, people would walk a circle around the well, copying the local pattern of the sun and leave offerings of cloth or coins. Food played its part in the festivities of Imbolc, of course, and included a flatbread cut into wedges called bannock. Dairy and meat products would also have been consumed.

The Transformation of Brigid to Saint Bridget during Imbolc

As Imbolc was a celebration inclined heavily to feminine energies, so it also revolved its attention around to the female deity Brigid (Brigid). The feast of the Goddess Brigid fell around the early moments of spring as she was the patron of many essential features of springtime and the Earth. In “Ancient Celtic Festivals” by Clare Walker Leslie and Frank E. Gerace, Brigid is described as,

“…a goddess of the hearth fire, poetry, smithcraft, healing, and fertility. She rekindled the fire in the Earth, preparing it for the reemergence of the living green plants…in addition, she was the patron of fosterage. This was a Celtic custom whereby children would be raised by different adults in the community. In later times, when the Christian Saint Brigid took on much of the goddess’s role, she was given the title of ‘Foster Mother of Jesus.’” 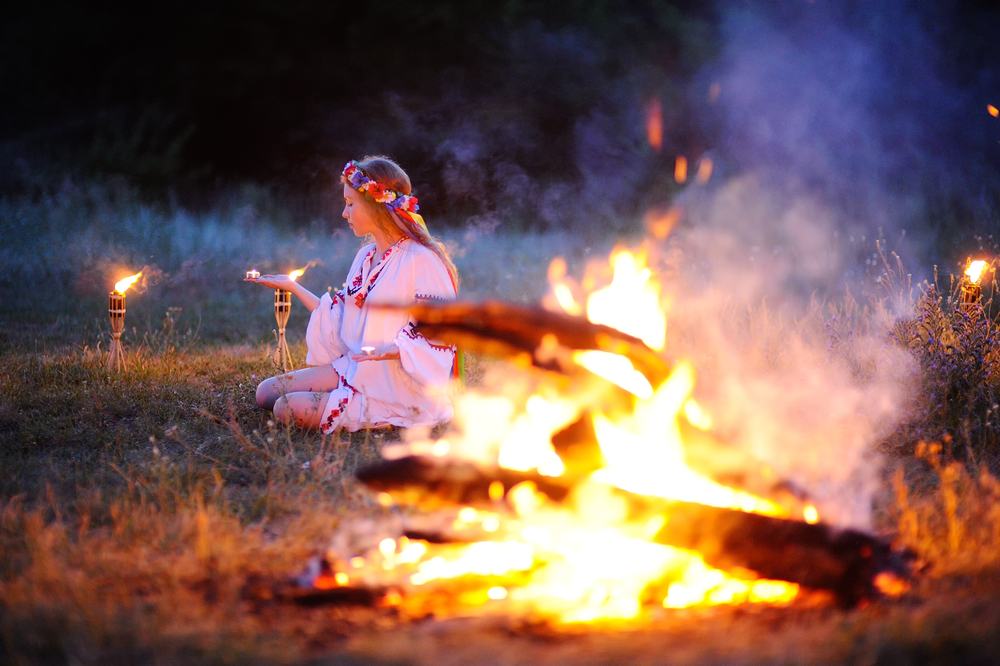 Before her celebration was appropriated to the worship of Christian sainthood, the Goddess Brigid was the focal point. In the legends, she is the daughter of Dagda, a central Celtic deity, and one of the legendary Tuatha De Dannan- believed to be the first inhabitants to live on the island of Ireland and about whom many mystical legends of magic and sorcery abound. Yet as with many ancient earth-based celebrations, the colonizing Christian forces found ways to usurp indigenous customs by swapping out Christian saints for tribally recognized deities or by adapting legends or astronomical observances to tie into the Christian agenda.

Many practices surrounding the celebration of Imbolc revolved around the Goddess Brigid and attempting to attract blessings or visits from her. It was, at one point, believed that she could be attracted to the most virtuous homes with gifts of food or bits of cloth. The protective energy she offered alongside the promise of her gift of fertility was highly valued and sought.

Some homes would pat down burnt ashes from the fire, making a flat surface and checking the next morning to see if there were any marks on it, signifying that Brigid had visited in the night to bless the home. In the same vein, a bed for Brigid would sometimes be prepared beside the hearth to create a symbolic or perhaps literal place for the goddess to rest should she be so kind as to visit the home. Popular, especially in Ireland and Scotland, some women carried on a tradition of making a doll called a Brideog from rushes, decorated with the color white and early spring flowers, and took through town during Imbolc festivities. While passing by, festival-goers would give the doll small bits of food and cloth to be collected for the meal later to come. The toy would then sit in a place of honor and be laid in a small bed to sleep for the night.

Many people are familiar with the most recognizable symbol associated with the Imbolc rite, and that is the making of Saint Briget’s Cross. The familiar square-centered cross of Saint Briget evolved from bunches of rushes, collected, and hung in earlier times in the doorways of Celtic people to welcome the goddess. Christian influence adapted the holiday to its sainthood. In the story, Saint Briget hangs a cross over a dying man who is inspired to ask for baptism s his dying wish.

Whether we are of Celtic or European ancestry or not, celebrating the turn of the seasons as winter begins its slow and moisture-filled transformation into spring can be uplifting and appropriate. Most of us are not farmers and enjoy modern conveniences like electricity and central heating. Our modern lifestyle makes wintertime much more comfortable and less an issue of survival. Yet our lives are still subject to the provisions of the land and the continuous nourishment and light provided by the sun.

If you wish to celebrate Imbolc or Saint Briget’s Day, consider decorating with white, lighting some candles throughout the house, and taking a walk in nature- bundled up, of course! Take notice of how many small and determined green plants and flowers may already be sprouting from below the Earth’s surface and perhaps pluck a few to decorate your home. As the cold and dark make their transition to the seasons of light, celebrate the fertility and restorative power of the Earth and life.