The True Origins of Valentine's Day 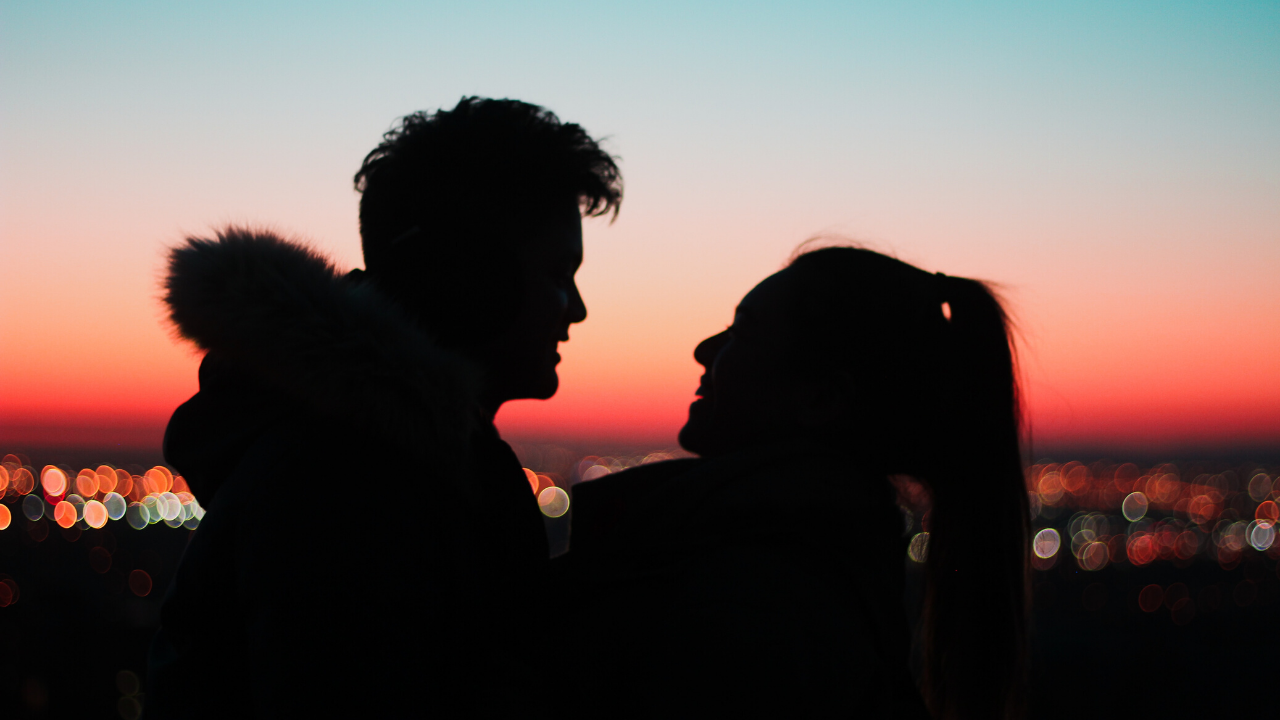 In the last bleak and wet days of winter before the break of spring, we look forward to the exchange of confectionary treats, fancy heart-shaped notes of affection and, perhaps a dinner date with someone special. Valentine's Day passes under the radar of our scrutiny as merely another holiday celebration to punctuate the year. Yet, the origins of this celebration go into a far deeper past than we imagine, weaving through medieval Europe and straight back to pagan ritual practices of the pre- Christian Romans.

Catholic priests and saints have long associated Valentine's Day with love and the exchange of affection, yet Roman pre-Christian rites and observances predate even those of the church. As with many modern holidays that exist as Christianizations of older pagan practices, Christian and Catholic institutions used the celebration of a saint to blend with and, ultimately, usurp the pagan version of the holiday.

Right in the middle of February, Romans had their celebrations of not only love but fertility. Rites centered around mythology, gods, and goddesses honored by the people of the time. On February 14, Romans focused on Juno Fructifier, Queen of Roman deities. Fertility rituals are often associated with this date. In one tradition, all the single women in a village added their name to a large urn. The unmarried men would then each draw a name. Men would pair with the woman whose name he had drawn either for the duration of the festival or an entire year. These pairings would often result in marriage.

The celebration called Lupercalia honored the god Faunus who conveyed the gift of fertility. Lupercalia occurred on February 15. In a very primal ritual enactment, the town's Luperci Priests gathered at the foot of Palatine Hill, where the founders of Rome- Romulus and Remus- were thought to have been cared for while babies by a mother wolf. In this rite, the men sacrificed a dog and a goat. The hide of the goat would be worn or carried through town by the young men. The men used small strips of the blood-covered flesh to slap unmarried women, an act believed to bestow increased fertility in the coming year. 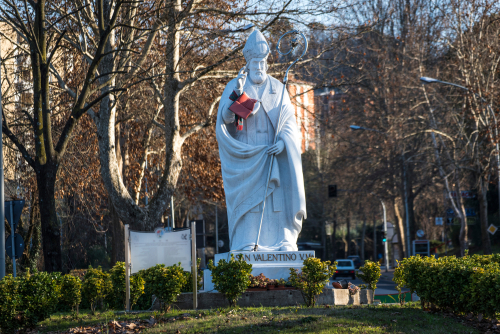 Who was St. Valentine?

These days, most people know that Valentine's Day refers to the Christian Saint Valentine. Less commonly known is the vagueness and mystery that surround who this character was. There are historical references and legends of various St. Valentines who could fit the bill. At least 3 Catholic saints, recognized under the names of Valentine or Valentinus, were martyred.

One such legend holds that Emperor Claudius II made a decree in third-century Rome that banned marriage. During those times, only unmarried men had to enter the draft, and because of this law, young men would get married to avoid serving in the military. Believing this law to be unjust, Valentine carried on performing marriages in secret for young couples; upon being discovered, Valentine received the death sentence. Sources suggest that during his time awaiting trial, young lovers would visit him bearing notes proclaiming the goodness of love over war. Perhaps these could have been some of the earliest Valentine's Day Cards. The church executed Valentine on February 14 in the year 269 C.E.

The Christianization of Valentine's Day

The association of mid-February with fertility and procreation is not a surprising one. It is in mid or late February that most locations in the Northern hemisphere will begin to experience some of the early and much-welcomed signs of the coming spring. In most earth-honoring and indigenous cultures, spring and summer are times when nature's cycles embody the richness and ripeness of new life and the pressing forth of all nourishing things the earth gives. This natural association to fertility can explain why the Romans would have celebrated Lupercalia or the rites of Juno Fructifier.

However, any mention of the pleasures of sexuality or the primal forces of nature, let alone pagan gods, was enough to incite punishment from the church. Some of the old Roman rites of the time lost traction while the church found ways to re-brand the holiday to its purposes. In an act that removed the focus from the pagan god Lupercus, Pope Gelasius named February 14, the Holy Day of Saint Valentinus, in the year 469. Where men previously drew women's names, girls and boys drew the names of saints and martyrs who they were to study for the upcoming year.

It wasn't until around the 14th century, in Renaissance times, that some of the more ancient practices surround Valentine's Day began to find resurgence. Around this time, the church was starting to lose the tight grip of its influence and, older nature-honoring viewpoints made a comeback. 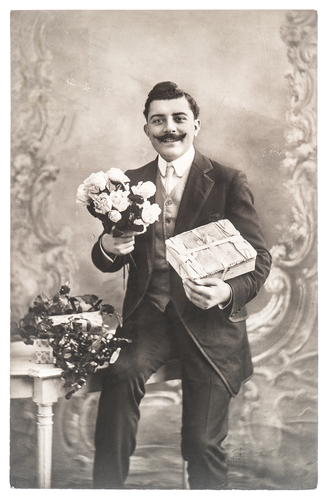 By the 18th Century in Great Britain, people of all classes were following Valentine's Day traditions. Lovers, love interests, and friends typically exchanged small gifts and expressions of love or affection as well as handwritten cards or notes. By 1900, printing technology and affordable postage become more accessible to ordinary citizens. As printed pre-made cards came on the market, sharing expressions of love became more accessible and widespread.

Americans were commonly exchanging Valentines in the 1700s. By the mid-1800s, mass-produced Valentine Day cards came on the market. After that, Valentine's Day has continued to become a more and more commercialized holiday, rivaling Christmas and Halloween. According to The Greeting Card Associating, people send an estimated 145 million Valentine's Day cards every year; a total number of cards sent only second to that of Christmas. Plus, this figure does not take into account the vast amount of dinner reservations, boxes of chocolates, flower bouquets, and the like.

From blood-saturated goatskin to martyred saints to mass-produced greeting cards, Valentine's Day has survived quite an evolution of transformative influences.