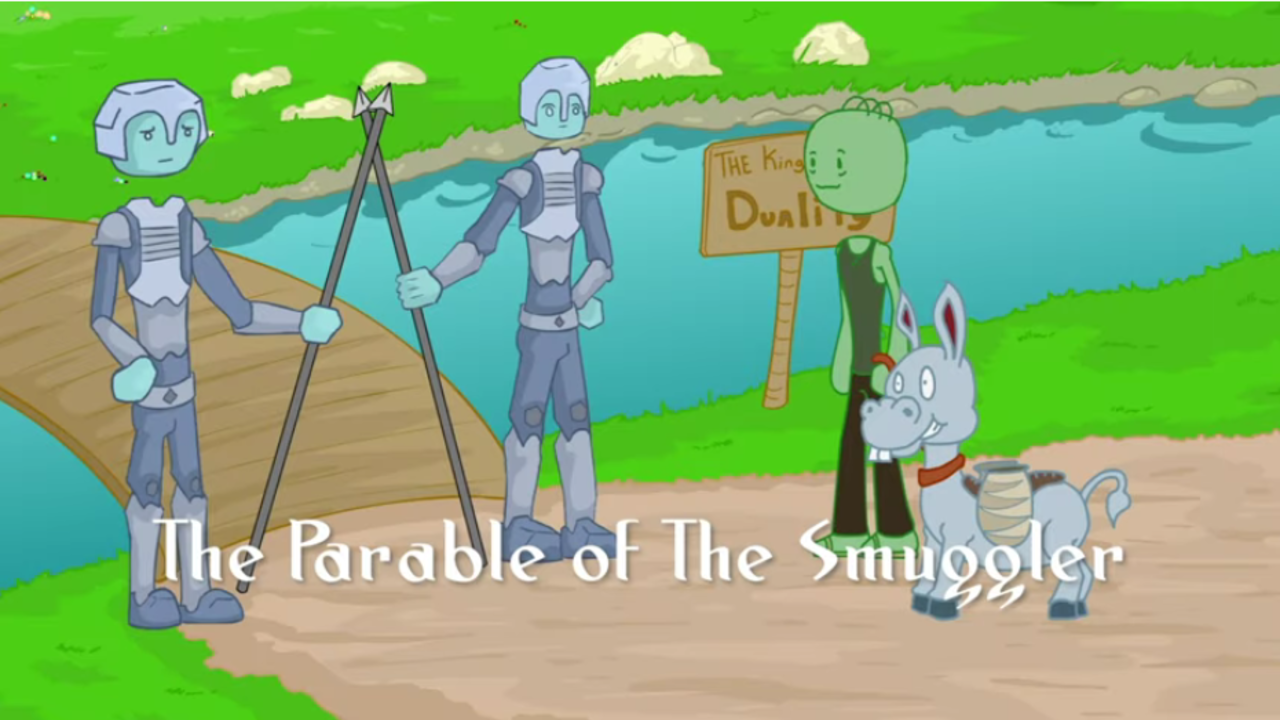 There was once a poor man who led a donkey from one kingdom to another. Every day he needed to cross a river that was guarded by men from the kingdom he wished to enter.

The border guards suspected he was smuggling something, so they would always inspect him and his donkey thoroughly. They’d search through his pockets, the saddlebags on the donkey, but never found anything.

As time went on, they saw the man had much nicer clothing and had bought a larger house. They knew something must be up, and inspected him even more thoroughly. In the end, they didn’t find anything on him.

After 30 years of this, one of the border guards finally retired. One day as he was walking through the village, he saw the old man who would pass with his donkeys. He ran up to him and told him he was no longer a border guard and could not arrest the man. He pleaded to know, for his own peace of mind, what the man was smuggling all those years ago.

The man acquiesced and agreed to tell him now that he couldn’t get arrested. “It was donkeys! I was smuggling donkeys.” The man replied. The guard was shocked, he would have never guessed!

Because it was in plain sight, it was easy to look over. This parable teaches us that not everything is always as it seems, and sometimes we need to inspect more deeply to truly understand.

Sometimes the most hidden things are in plain sight. Just like the classic saying “it was hidden right under my nose.” Sometimes it’s easy to search deeply for something that is simple and right in front of us. Not everything is so complicated in life, there are many simple truths that are, in the end, still a truth.