The Parable of the Sower and the Seed 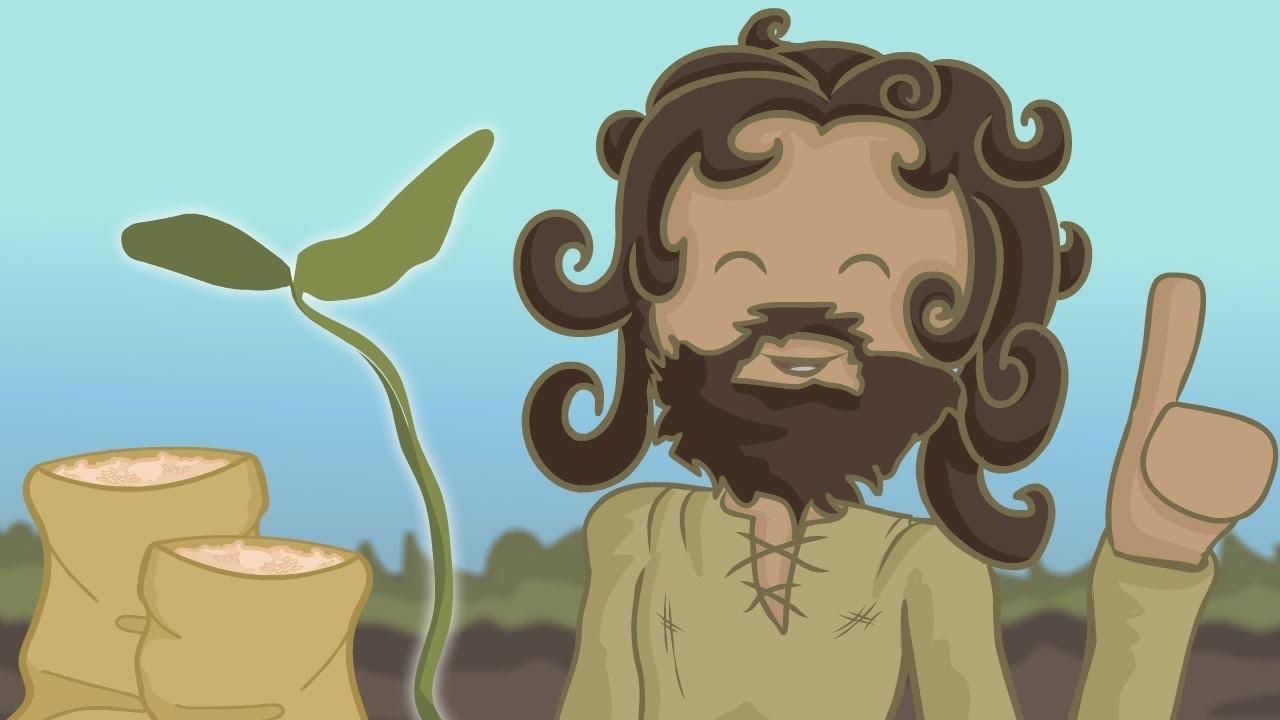 An oldie but a goodie, the Parable of the Sower and the Seed tells us of our relationship to God's presence within, and what happens if we nurture it, or simply cast it away. It's always up to you!

Once upon a time, Jesus approached a town on his journey. Word had spread of his arrival, and soon a great crowd came together around him and people from this town and the next village. As they listened to his words, he said in a parable.

“Listen!... A sower went out to sow. And as he sowed, some seeds fell along the path, and the birds came and devoured them. Other seeds fell on rocky ground, where they did not have much soil, and immediately they sprang up since they had no depth of soil. And when the sun rose, they were scorched, and since they had no root, they withered away. Other seeds fell among thorns, and the thorns grew up and choked them, yielding no grain. And other seeds fell into good soil and produced grain, growing up and increasing and yielding thirtyfold and sixtyfold and a hundredfold…..and so, he who has ears to hear, let him hear.”

This is one of the most famous parables from Jesus’ teachings, which describes that the seed is the wisdom, truth, and love in every heart. The seeds that fell along the path and were trodden under foot or consumed by the birds of the air - are those who have received the truth in their hearts, but they do not grow because the busyness of life consumes the mind, and the seeds disappear from memory, and the truth is not heard any longer.

And the seeds that fell on the rocks are those who, when they hear the word, receive it with joy, and grow enthusiastically, but these have no roots. They believe it for a while, but when they are asked to ground what they have received, they fall away. And as for what fell among thorns, they are those who hear of wisdom, but as they go on their way, they are suffocated by the pressures, riches, and self-indulgent distractions of life, and their fruit does merely not mature. But the seed planted on good soil refers to someone who hears the word and understands it, fully believes in it, and nurtures it within them. This is the one who produces a crop yielding 30, 60, or even 100 times what was sown”. In other words..where you put your effort, where you plant your heart, your bodies, and minds, will be the cause and effect of your creations.

While the parable is used as a discussion on the importance of the Gospel, which is a valid interpretation...even non-Christians can interpret it in their way and find value in the wisdom, as if the case with many teachings. Jesus often said that he taught in parables because people were opposed to his direct teachings. Even if we were to take the tale at face value and see the seeds as wisdom or intention rather than the Gospel's word, the underlying message is the same.

Sometimes all that is needed for truth and wisdom to prosper in an environment is a belief that it can….but even then, the truth will only enlighten those who believe in it. Ultimately, whatever walk of life you come from, this parable teaches us to be purposeful with everything we do, every thought you think, take it as a chance to plant your wisdom and truth in good soil. The kingdom of heaven will be beholden unto you…. Whatever form that may take