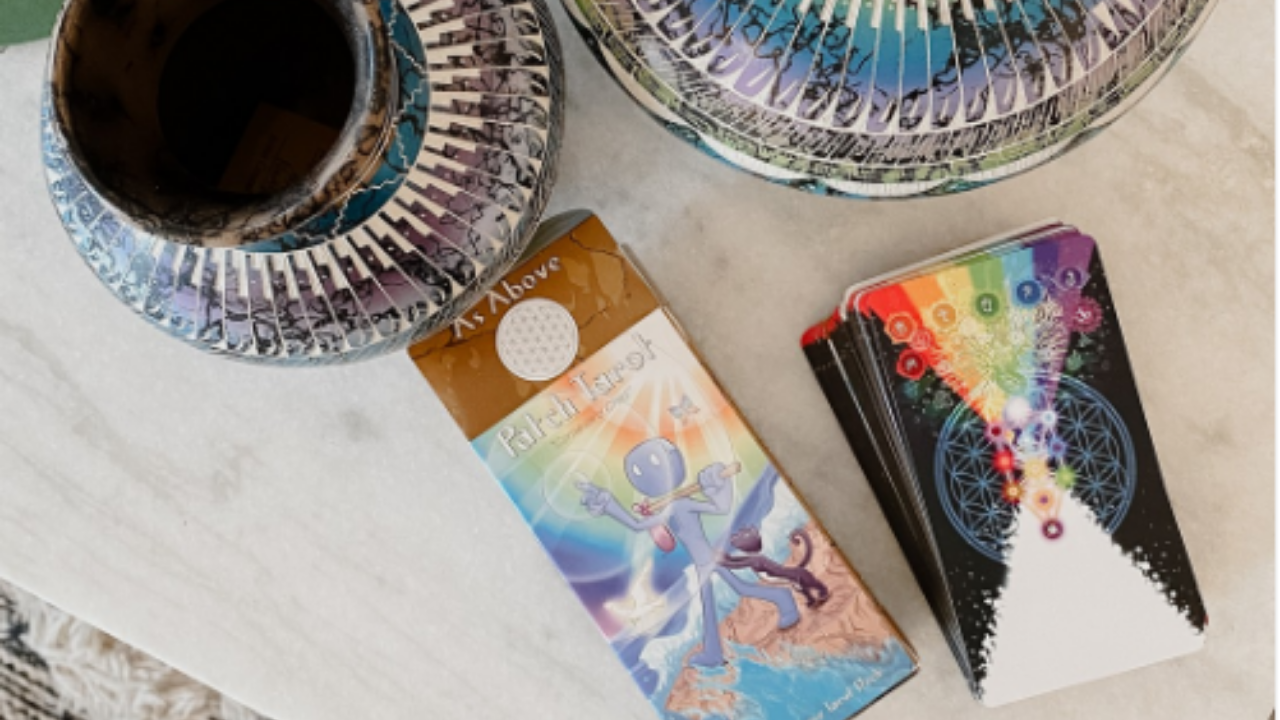 The mystery that comes with every deck of tarot cards has fascinated people for centuries. The cards have been referenced as future reading cards giving anyone who holds a deck the power to foretell the future.

Every deck of tarot cards is composed of 78 magical cards. It is something that you can see and touch, which makes it even more exciting. It is like holding your future in your hands, a little bit more defined than mere guessing.

Although many believe in the power of tarot cards, there are still those who were blinded and misguided because of myths that have been associated with them. Most of these are baseless superstitions that know very little of the power that is in every card.

While its use may be full of mystery and magic, the unexplainable feature of every tarot card has left it out in the open for unwarranted judgment.

What Do People Know About Tarot Cards?

Some people believe in the dangers of tarot cards. They think the cards are evil, and those that read them, like psychics, are either pretentious or devilish. It can be easy for people to conclude that when the Death card comes right up, it means someone will die.

However, little do people know that the cards don't usually speak of their literal meaning. In truth, an accurate reading of the spiritual tarot cards done by an expert could be life-changing. Therefore, if you truly want to tap on the tarot cards' power and use them to your advantage, you need to get your facts straight.

What Are The Top Myths About Tarot Cards

More often than not, people draw their own misconceptions about tarot cards based on what they heard from other people. Whenever they get the chance, they always ask this: are tarot cards dangerous?

But when they see how the proper reading of the cards reveals the truth about the lives of people, they begin to acknowledge how they can actually be of help.

Before you believe in tarot or dismiss their power just because of something you heard, here are three of the most misleading myths about tarot cards.

Everybody thinks that tarot cards are a deck of cards full of magic. Perhaps it is because of the colorful images on the cards and the mystery that comes with each one. The truth is that you have been misled.

Tarot cards are only human-made paper with colorful, mystical images, each representing a symbol. The real power behind every card comes from the reader's intuition as well as the psychic abilities of those who can read the cards. These are the people who genuinely answer the questions that you ask. The tarot cards are only used as a tool to bridge the gap between what they know and the message they are trying to convey.

Magic does not play any role in the reading of tarot cards. Instead, the images act as cues or clues to the reader of the cards. They help unravel the message of the past, the present, and the future.

The real magic comes from the faith that you put in every card and the trust in the person that reads them for you.

This belief has put tarot cards and all its readers in a bad light. The thought that tarot cards can predict a person's death has earned for itself an evil reputation. In particular, many are afraid of the Death card as recipients of this card from the stack believe that it tells of their impending demise.

If these thoughts of doom are the only thing that keeps you from getting a reading, then forget about it. Simply take a card from the deck and let it unfold before you. A skilled reader of the card will help you interpret what it means. They will be your guide to get you the answers that you need.

Only a trusted professional should do the tarot card reading to avoid being misguided. Many can pretend they can read the cards for you, but only those who genuinely believe in its magic will be able to give an accurate one. A false reading of the card could only lead to more misconceptions.

A tarot card comes with its own meaning based on the intuition you associate with it. You or the person you entrusted to read the cards for you interpret the meaning of the card based on what you are trying to convey. While a tarot card is often perceived as a projection of your future, it does not speak of the absolute truth.

The level of its accuracy is surprisingly high, depending on how skilled your card reader is. However, you cannot expect these readers to only stick to the facts. Instead, they can give you possible advice on what lies ahead.

Because you trust the reader, they will be able to give you advice on what you can do with your situation. A reading of your tarot cards serves more like a guiding light. It is not everything, but a prediction of what could happen. If it turns out to be the truth, then that should help.

The myths about tarot cards will always be present. For as long as people think that they are not in control of their lives, they will always rely on magic and mystery to help them believe in the unknown.

But when you look into the truth about tarot cards, you will see that it offers more than just magic. It teaches you of wisdom, of believing, and of trusting that you can make anything happen.