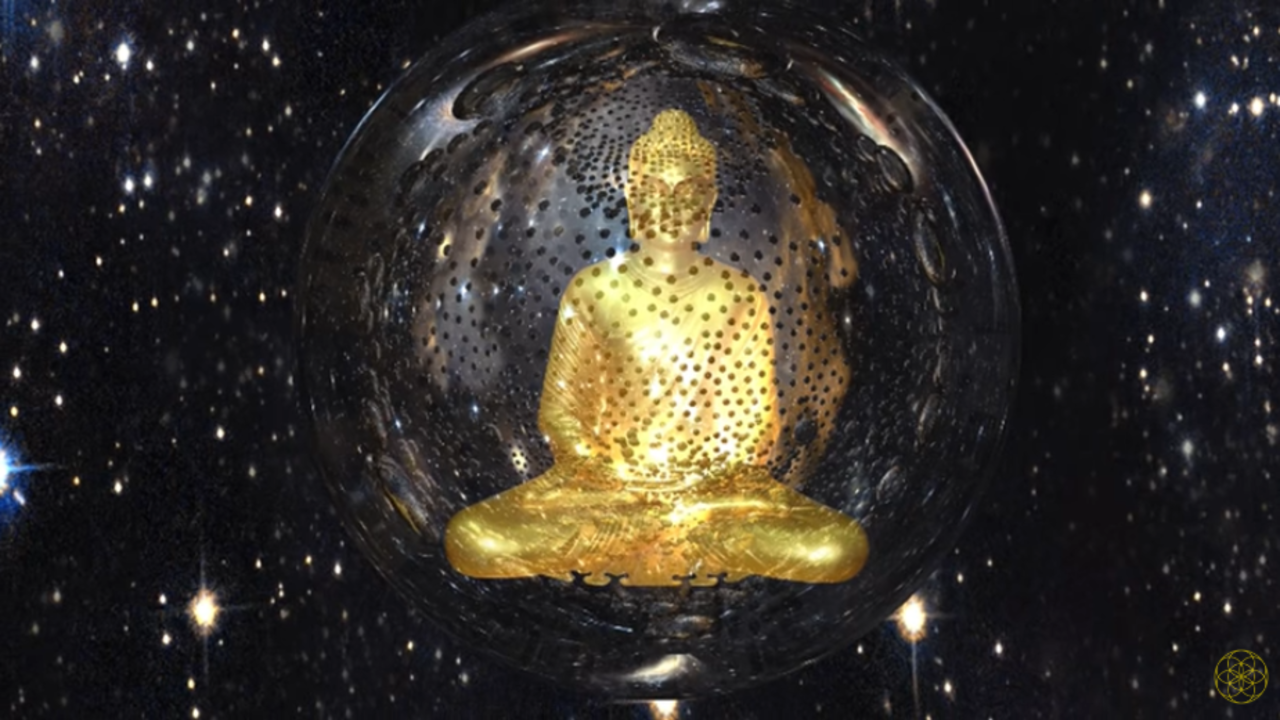 It teaches that all people universally can achieve Nirvana, a place of perfect peace and happiness, much like the Christian concept like heaven, which is also often seen as a state of enlightenment. However, in Mahayana Buddhism, Nirvana is the lesser goal, with a higher goal being that of Buddhahood, in which a Buddha continues to take rebirths in the world to help liberate beings from mental captivity by teaching the Buddhist path. Thus, a Bodhisattva, an important concept in Mahayana, is a person who is able to achieve Nirvana but delays it out of compassion to save suffering beings.

Mahayana began as a movement between 100 BC and 100AD, and by the 9th century was the most dominant influence on the Buddhist culture across central and east Asia. Since its origin, it has divided into many sub-schools and sects with a vast range of doctrines and practices.

This includes Vajrayana schools, such as Tibetan Buddhism, which are often counted as a separate “yana” or vehicle, but which are founded on Mahayana teachings. Because of this fractal nature, it’s often difficult to make blanket statements about Mahayana that hold true for the entire faith.

In Mahayana Buddhism, the historical Buddha is regarded as a physical manifestation of the true body of Buddha, which could be described as a Holy Trinity of Buddhism. Described in the Trikaya Doctrine, a Sanskrit Scripture translating to “Three Bodies”. The 3 bodies are the Truth Body, which embodies the principle of enlightenment and no knows limits or boundaries. The Body of mutual enjoyment which is a body of bliss or clear light manifestation, and the created body, which manifests in time and space as a physical body.

Thus, in Mahayana, it is believed that Buddha is beyond a human, but a formless, cosmic, spiritual body, which is also the ultimate nature of reality itself. Thus, the entire universe exists within, and a part of the Buddha. This infinite reality also contains an infinite number of beings, and thus, an infinite number of Buddhas. It is through devotional practices that we may communicate with these nonphysical divine forms: Buddhas and other enlightened beings.

These divine forms are also the source of freshly revealed scriptures, called sutras, which describe these devotional practices and new metaphysics. Reality is often compared with a magical illusion or dream. All phenomena are considered ‘empty’, meaning they lack any discernible substantial essence and have no independent existence outside of the mind. The most commonly known Sutra across Mahayana is the Lotus Sutra, and the most common practices amongst these Buddhists are Meditation, Chanting, Hand Gestures called Mudra and Bowing.

Progress on the path involves the cultivation of compassion, alongside insight into ‘emptiness’. More succinctly, all that is required is to purify the mind, allowing the inherent qualities of ultimate reality – the Buddha-nature that exists within all beings – to shine through.

Mahayana Buddhism delights in paradox and shifting perspectives. Devotees aspire to be reborn in the realm of Amitabha, the Buddha of Endless Light, who actually exists within each person as the true nature of the mind. The path involves the laborious savings of countless suffering beings. But, upon investigation, all beings are “Empty”. There are really no beings and so, no path. Everything is perfect as it is; there is nothing to do except flow.