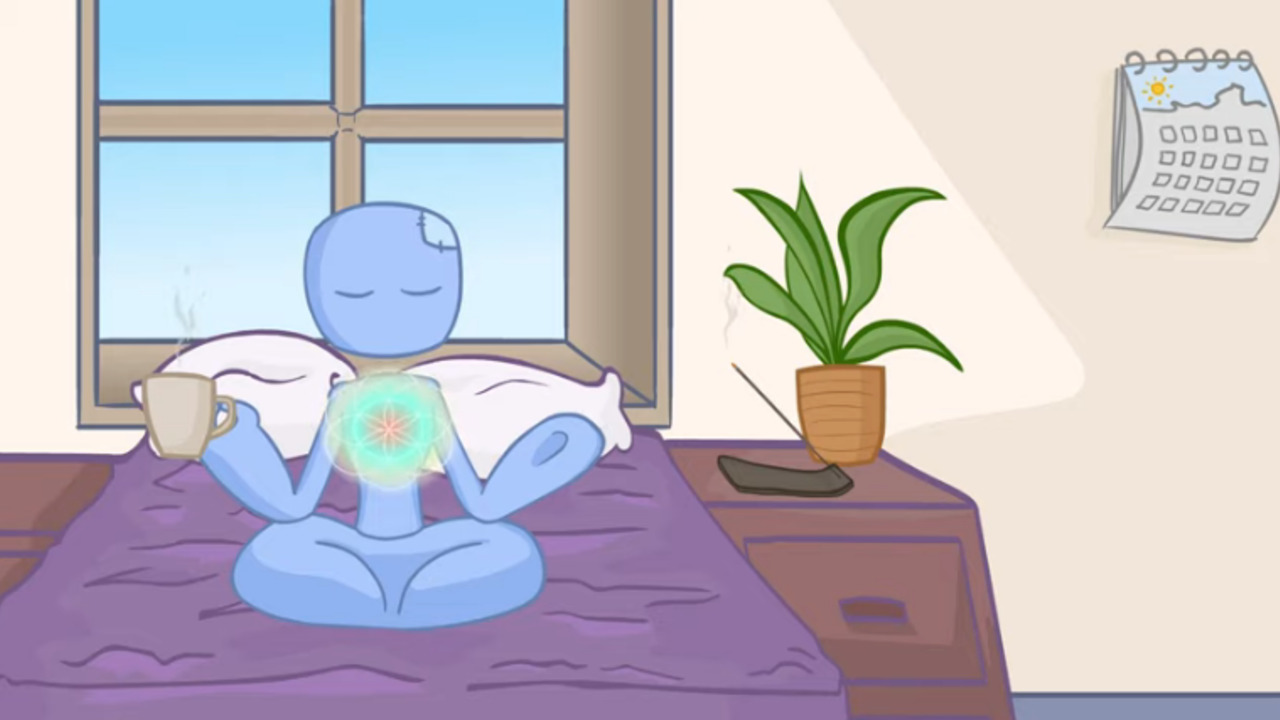 Producer Patch: Oooo, seems a little risky having a naked guy on youtube, won’t we get de-monetized?

Screen-writer Patch: Well he’s a cartoon character sir and I mean, Donald Duck has never had pants and he’s a billionaire, so we’ll probably be okay!

Producer Patch: Yeah, not having pants is tight! So what happens in this thing?

Screen-writer Patch: Well, each episode basically explores some kind of spiritual or esoteric concept like chakras and astral projection and tries to find connections and explanations for these things in modern science!

Producer Patch: Oh! Seems like it’ll be hard to make a show about this!

Screen-writer Patch: Yeah you see straight up, modern technology still has a long way to go, so if there are ancient concepts that may or may not be legit we can always say that maybe it’s real but science is still figuring these things out!

Producer Patch: Seems like it’s kind of a stretch!

Screen-writer Patch: okay sir you’re gonna have to get waaaay off of my back about this and just go with it! You know, like a taoist sage!

Producer Patch: Ooooo, okay yeah..lemme get off that thing! So I mean, it’s not all a big leap though, right? There’s some validity to these concepts?

Screen-writer Patch: Yeah yeah yeah! Actually, it’s really quite wild, when you go down a lot of rabbit holes there’s some really interesting scientific evidence for the power of collective meditation on global consciousness, personal well-being, and even stuff like pyramid power.

Producer Patch: Fair enough, so what are we gonna do about people who say that we’re just pseudoscientists and conspiracy theorists?

Screen-writer Patch: Well that’s cool too! We can even branch into episodes about pseudoscience and conspiracies and champion the cause! Haven’t you heard? The mainstream media is suppressing these kinds of conversations?!

Producer Patch: Wait, are the conversations being suppressed, or do people just not care?

Screen-writer Patch: So, what do you think?!

Producer Patch: Well, I think it’ll be fun, but I’m not quite sure that it’ll really take off. The Youtube audience sure can be picky, you know? Let’s try an episode or two and see how things go…

Hey, guys! I hope you enjoyed this video! We are massive fans of the Pitch Meeting Series - and so we make this with enormous gratitude to Ryan George and Screen rant for making us laugh week over week, and of course, celebrate 1 Million Subscribers here on Youtube! Thank you for tuning in over and over for all these years, and here's to another huge milestone! Toodles!