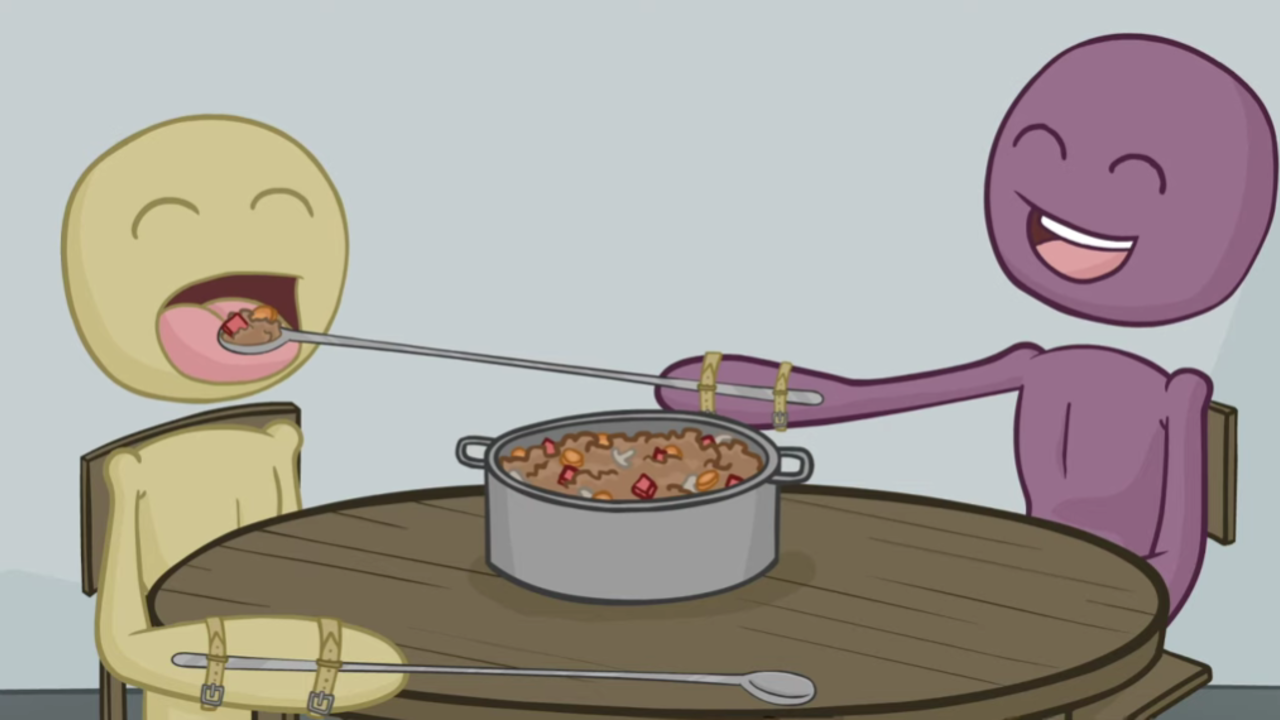 God said, ‘You have seen Hell.’ They went to the next room and opened the door. It was precisely the same as the first one. The large round table with the large pot of stew made the holy man’s mouth water. The people were equipped with the same long-handled spoons, but the people were well nourished and plump, laughing and talking. The holy man said, ‘I don’t understand..’

It is simple,’ said God. ‘It requires but one skill. You see, they have learned to feed each other, while the greedy think only of themselves.’

How Do You Use Opportunity?

This is an old but gold kind of parable that has a pretty popular following. Although the tale has been told in almost every culture and religion, everywhere from Hindu and Buddhist to the Abrahamic faiths, most sources credit it to Rabbi Haim of Romshishok and say that it originated in Jewish folklore. Now, there are a lot of interpretations of this parable depending on cultural context. Still, the bottom line is a message of kindness that encourages people to be kind to each other.

The parable often suggests that people have the opportunity to use what they have been given (in this case... long spoons and stew….or in the Chinese version, rice, and long chopsticks) to help nourish each other, but the core problem lies in how the people treat each other. In other words, given the same level playing field, one group of people who treat each other well will create a pleasant environment for everyone, where everyone is fulfilled, happy, and working together for mutual benefit. Whereas another group of people, given the same tools to work with, can create unpleasant conditions only by treating each other.

Sometimes we get so caught up in the chaos of our own lives that we forget that everyone else is going through their troubles as well and that sometimes..by reaching out a hand and helping others, both of you can benefit. It’s often said that this is an excellent technique for helping with depression or anxiety….doing something nice for someone else/helping someone who needs it can sometimes give you a significant boost of esteem and help you gain perspective or tackle your problems from a new angle.

More abstractly speaking, I think this parable is speaking to how we can create our reality. Suppose you put out an energy of compassion and help for those around you. In that case, that’s what you’re going to manifest in your own life...but if you choose to retreat inward, close yourself off and focus only on your wants and desires and ignore everyone else…..well...simply put, you get what you give. Perhaps the only difference between heaven and hell is how we choose to experience it.