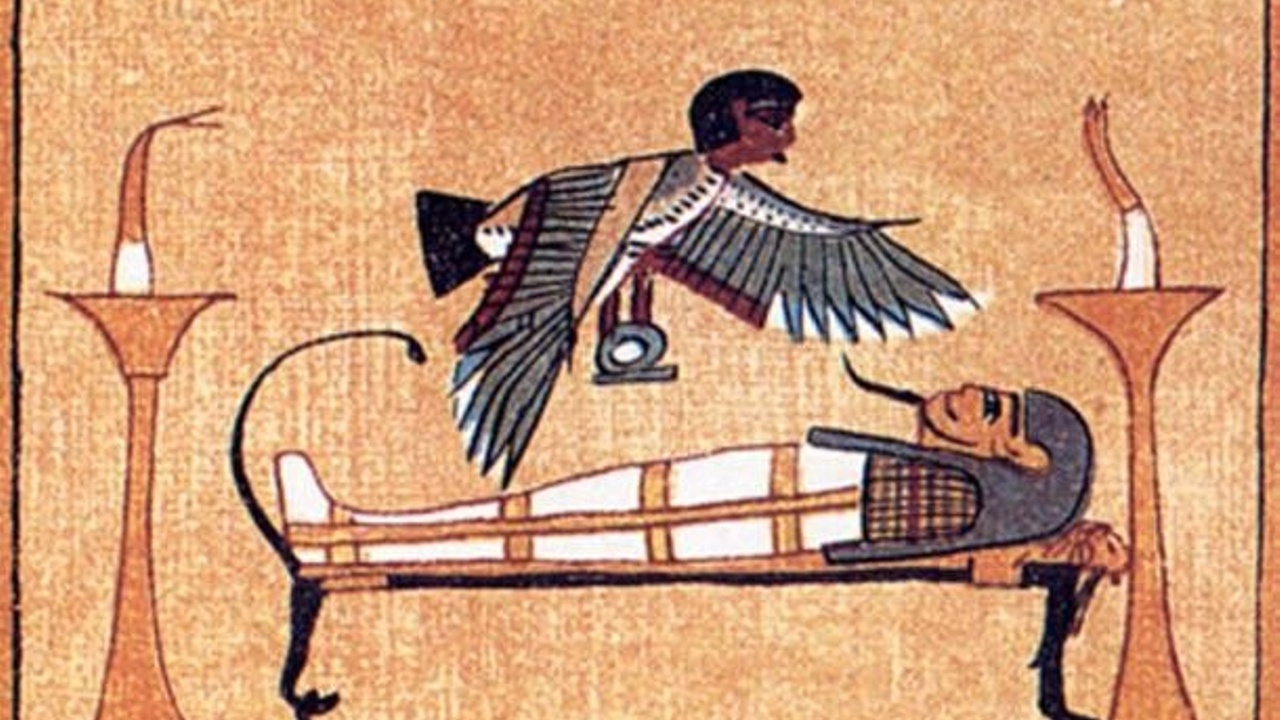 In the first two blogs, we looked over the principles which established the foundation of Hermetic science, and in turn, how the two could be converted into modern physics by way of the digital universe concept. The world is not physical, as our senses would lead us to believe. Instead, spacetime is an illusory construction, which is shown to emerge from the mind by way of integrated information and quantum cognition.

Furthermore, the consciousness it emerges from is not primarily our own. Instead, our minds are embedded within a larger collective inner space, which lies mostly subconscious to us. It is this larger joint internal mental space that the "simulation construct" of physical reality emerges from.

These two basic facts about the world neatly summarize the core concepts encapsulated by the Principles of Mentalism and Correspondence, and can be referenced here in the earlier blogs on these topics:

Today though, we are going to look at something that only makes sense in this hermetic view of the world and does not make sense if the world is material. Despite the core framework being based on physics, just as any material aspect of the world is thought to be, the example of near-death experiences and the afterlife should illustrate just how radically different this picture of the world is from what we commonly conceive of.

The idea of an afterlife is entirely foreign to a materialistic framework. On a materialist view, all that exists are little particles floating in space. We are then merely machines made of these particles, and when the machine breaks down and dies, we cease to be.

However, the immaterial view of the world provided by Hermeticism and corroborated by the latest discoveries in physics offers a wholly different picture. As shown by developments in both quantum mechanics and emergent spacetime, the physical world is an illusion. This means that your body and your brain are also an illusion. Of course, they are a kind of permanent illusion with an objective structure, just like a computer game program, but they are an illusion, nonetheless.

Dr. Ebe Alexander's experiences while brain dead suggest there is more to reality than the "physical" plane.

Meaning if your body dies, all that has died is an illusion. Have you ever been killed in a video game, you don't die when that happens, do you? Either you respawn, or it leads to a game over, and you are still alive outside of the computer game.

One thing that can not ever be an illusion though in any circumstances is your mind. As the philosopher Descartes once pointed out, I think, therefore I am. If there is doubt, then there is necessarily a doubter. Thus, we can never consistently doubt our existence.

However, if the physical world is not real, but the mind is, then that means that death is not ultimately real either. All there is is the end of your "in-game" avatar, not our actual mind. Thus on a hermetic framework, we should expect to see evidence of near-death experiences and life after death, and we do. Here are several documented examples from The Quantum Hermetica1,2,3,4,5:

1. Blind People Experience Sight in NDEs: In a study conducted on 31 cases where blind individuals reported near-death experiences it was found that they all said the ability to see.1 Half of them were blind from birth and had no prior concept of vision. What is remarkable is that vision, like the other senses, requires the brain to organize neural connections to process it. People can not merely go from blind to full sight without developing the neural architecture to handle such relationships. Yet despite this, the people surveyed in this study were able to experience vision with no correlating neural structure to host it.

This ability to gain new capabilities after the brain has shut down despite the apparent causal relationship between brain and mind can be accounted for within a mentalistic account of these experiences. This will be explored shortly in the next subsection.

2. Corroborated Information in NDE Reports: In many cases, subjects will report back detailed knowledge from outside of the room. In these cases, the doctors knew the patient was unconscious or had been declared dead. In one instance, a nurse had to remove man's dentures while he was comatose and placed them into a crash cart. A week later, after coming out of his coma, he was able to identify the location of his dentures and that the nurse had taken them. He also gave an accurate, detailed description of the room where they had attempted to resuscitate him. 2. Far from being rare, cases of this sort are quite common and can be found in the literature on near-death experiences. Janice Holden of the University of North Texas has tabulated 107 reports of this nature, all located in published literature.3 Given that these accounts are both documented in published literature and are comprehensively examined, they can not be considered as anecdotal. 3. Increased Mental Function Without Corresponding Brain Activity: Lastly, it should be noted that accounts of this nature happen while brain activity is either lacking or, at the least, significantly impaired. By contrast, on a practical understanding, mental activity should be substantially diminished or non-existent altogether. The famous case of Eben Alexander comes to mind.4 Dr. Alexander, a prominent neurosurgeon with a materialistic outlook, had extremely vivid experiences at a time when he was comatose, and his brain was almost completely shut down. Despite his scientific training specific to this field, he ruled out his skills as being explicable in materialist terms.

Again this marked anti-correlation between increased mental activity and decreased brain activity is not what one would expect from a materialistic framework. Something not being explicable in materialist terms does not mean it can not be explained scientifically, however. These can easily be accounted for in the context of Hermetic and occult concepts synthesized within a scientific framework.

Of course, a skeptic may note that as brain function is impaired mental capacity is also damaged, and automatically jump from there to a post hoc ergo propter hoc fallacy concerning the identity of mind and brain function. However, this decrease in mental capacity correlating to an impairment in neural function certainly needs to be explained. Moreover, how this paradoxically ended up at the same time anti-correlating in the case of the blind-from-birth NDEs also needs to be revealed.

An ancient depiction of a ka leaving a body to return to the ba. The binary soul doctrine found both in ancient Egypt but also around the world could explain how consciousness survives after death despite diminishing with brain decline.

The Quantum Hermetica explains these seemingly paradoxical facts elegantly with something called the Binary Soul Doctrine6, which is found throughout ancient religions. The idea is that consciousness is split into two tiers or levels if you will. The Egyptians referred to these as the ba and the ka. The ba exists independently in the supernatural realm, outside of spacetime.

However, when the ba extends into a body in physical reality, the part of the ba that enters a body becomes the ka. Then when the body dies, the ka leaves and is reabsorbed into the ba. This belief was not only Egyptian but had parallels all over the ancient world. The Bible even refers to this as the spirit and the soul and references the same similarities in relation to the body. Meanwhile, the ancient Greeks referred to these as the psyche and the thumos and so on.

If this were to be translated into our modern scientific framework, the “soul” or “ka” would be whatever entangled quantum states map onto the neural connections in our brains. As the brain starts to decay, such as in Alzheimer's or dementia, etc. these entanglements would decline as well. The necessary quantum information remains but is no longer part of a quantum connectome in the brain, which in turn manifests in mental impairment.

However, this information remains and does go somewhere. Since, as shown in previous blogs, the universe is made of consciousness, it merely re-entangles with consciousness on a higher reference frame not connected to the brain (i.e., the “ba” or the “spirit”)  somewhere in the inner mental space behind physical reality. This, in turn, could neatly explain why people who are blind from birth can report sight during near-death experiences, despite having no neural connections to correlate with viewing. The entanglements needed to produce spectacle simply occur elsewhere beyond the physical brain.

Thus near-death experiences and the notion of the afterlife are entirely understandable within the framework of hermetic science. Given the explanation provided here, there is no further reason to assume that the death of the brain needs necessarily correlates to the termination of consciousness.