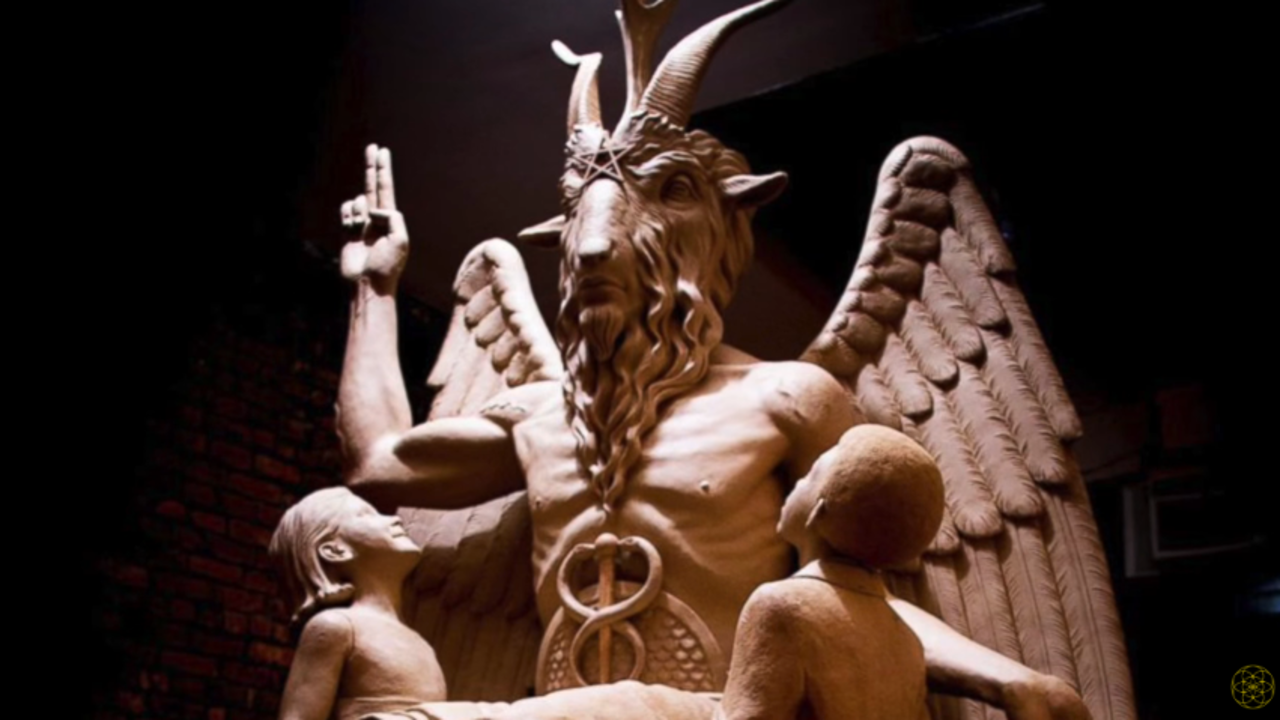 It should be noted that there are 2 main kinds of Satanism, with many diverse followings branching off from there. These are the Atheistic Satanism, also known as Laveyan Satanism, which believes that Satan is not real, but is the most ideal and accurate symbol of reality and nature, as well as a symbol of fundamental human traits. The other Satanism, called Theistic Satanism or Spiritual Satanism, believes Satan is an actual being.

To both groups, however, the world is identified as full of violence, suffering, stress, striving, and death – and the cycle of life requires all of these things. They believe that no symbol of Goodness or Light can embody it all and that the vast uninhabitable darkness of the Universe, with galactic cataclysms rendering destruction on a massive scale, means only Satan, or the idea of Satan, can embody the true state that everything is in.

To Satanists, there is no heaven, no hell, no afterlife, no gods or angels or demons, and no saviors apart from ourselves, and if there is a God, it would surely be utterly evil. A logical format of how to get the most out of life without dogma, superstition, fear, or anything that controls you. Their rituals while appearing dark and demonic, are focused upon drawing power from the universe to yourself, so that you have more influence and creative ability to change the world around you.

More often than not, Satanism as a religion is highly skeptical, rationalist, and philosophical, demanding evidence and strong argumentation, but is otherwise open-minded on concepts of magic and some parts of the supernatural. They often describe it as a logical way to get the most out of life without dogma, superstition, fear, or anything that controls you.

There are only 9 sins in Satanism, of which tops the list is Stupidity. Ignorance is one thing, but stupidity is what allows people to be controlled through herd mentality, and you cannot afford to be stupid in your life. Stupidity is closely followed by pretentiousness. They believe it’s what keeps money circulating these days, everyone is made to feel like a big shot, whether they actually are or not.

From there you have Solipsism, which is acting as if you are the only person in existence without any regard for anyone else. Instead, they adopted a mentality of “Do unto others as they do unto you”, which goes for both virtue and torment, and if someone slaps you, you should slap them back. The next sin is Self Deceit, we shouldn’t lie to ourselves about what is true. Herd Conformity, the only time you should conform to another’s wishes is if it genuinely benefits you. Lack of perspective – never loses sight of who and what you are, Keep the wider historical and social picture in mind. Observe the patterns and fit things together as you will.

Forgetfulness of past orthodoxies – Don’t forget the past, as a modern society often seems to expect us to, which makes for a disposable society. Then counterproductive Pride – the first word is very important. Pride can be useful only until you begin to throw the baby out of the bathwater, and your ego goes to your head. And finally, Lack of Aesthetics. Aesthetics are important and are also highly personalized. An eye for beauty and balance is essential in Satanism, and while it’s highly personal, there are also universally pleasing and harmonious configurations that should not be denied.

A defining passage from the Satanic Bible is:

As early as 1966, the Church of Satan has accepted all forms of Sexuality, and actively encourages members to engage in whatever kind of sexual activity you want to, with as many people as you want to with. As long as you’re doing what you really want to do, it’s all good for them. In fact, they are ardent supporters of pleasure and gratification.
The biggest holiday in satanism is actually your birthday since satanism is a religion focused on the individual self, then your birthday becomes your own personal holiday when you can indulge in whatever it is you want, be the center of attention, and enjoy yourself to the fullest.

Around the world today, satanic beliefs have become more socially tolerated. Satanism is now allowed in the Royal Navy of the British Armed Forces, despite opposition from Christians, and in 2005, the Supreme Court of the United States debated over protecting the religious rights of prison inmates after a lawsuit challenging the issue was filed to them.

While contemporary Satanism is mainly an American phenomenon, the ideas have been seen spreading with the effects of globalization and the Internet. The Internet promotes awareness of other Satanists and is also the main battleground for the definitions of Satanism today.

Satanism started to reach Eastern Europe in the 1990s, in time with the fall of the Soviet Union, and most noticeably in Poland and Lithuania, predominantly Roman Catholic countries. It was estimated that there were 50,000 Satanists in 1990, and there may now be as many as 100,000 Satanists in the world.