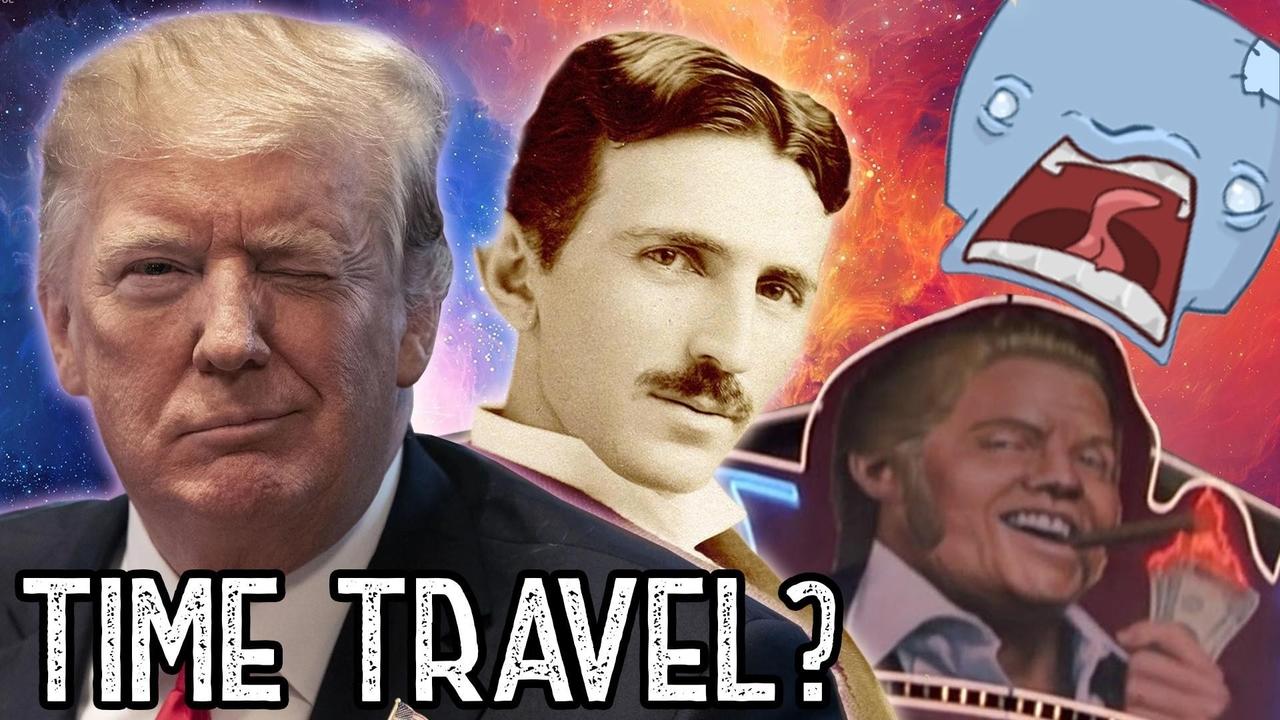 The Underground Journey is about a little boy called Baron Trump -well, actually, his name is Wilhelm Heinrich Sebastian Von Troomp..but he goes by Baron….who finds a secret underground portal and time travels to different periods. Now, the immediate and glaring thing here is that Baron is President Trump's youngest son. If you look at the characters' drawings in the Underground Journey and compare them to pictures of real-life Baron Trump… The resemblance is uncanny, but we haven’t even gotten started yet.

In the book, little Baron Trump has a mentor and father figure, a man called Don. The events of this book take place in Russia. Besides Donald Trump's famous friendship with Putin, Melania Trump, President Trump’s wife and mother of modern-day Baron Trump were born in Novo Mesto, Slovenia, before moving to the US… I feel like I’m saying Trump a lot… eh, it can’t be helped.

So… 4 years later, Ingersoll published the sequel “The Last President,” and... prominent coincidental name aside, this is where stuff starts to get weird. The main plot is about a very wealthy man who lives on 5th Avenue in New York who decides to run for president, and naturally, no one expects him to win. And as you might expect by now, located at 725 5th Avenue in New York today is none other than Trump Tower.

Remember, this book was written nearly 124 years ago, and these are probably all just weird coincidences. Well, in the book, shortly after Mysterious wealthy man wins the election that no one expected him to win, he’s inaugurated and starts selecting his cabinet. One of the first people he chooses is another mysterious gentleman who goes by the name Mr. Pence. Granted, in the book, he is given the post of Secretary of Agriculture rather than Vice President but still… what’s going on here?

After his inauguration, since no one expected him to win, the city of New York and the broader US, in general, erupts into violence, with people rioting and damaging property left, right, and center. So naturally, the new president signs some new executive orders to control the people better!

Now, the next part of this theory gets even crazier, but it might be a stretch, so please keep an open mind here. Today, everyone knows about the Forgotten Physicist Nikola Tesla. In 1943 he died bankrupt, in love with a pigeon -don’t ask…... and all alone in Room 3327 of the Hotel New Yorker at the age of 86 from a blood clot. While this theory usually says something along the lines of Tesla having designed for a time machine, this isn’t strictly true. He was generally pretty critical of Einstein’s theory of relativity, one of the main ideas that time travel is based on, as he didn’t believe space could be curved.

The thing is...he claimed to have developed his theory regarding matter and energy that he started working on in 1892. In 1937, at age 81, he claimed in a letter to have completed a "dynamic theory of gravity" that "would put an end to idle speculations and false conceptions, about curved space." However….this theory was never found in any more of his writings, seemingly disappearing from any record.

After he died, the US government took possession of all of his inventions, theories, and files in the interest of seeing what he knew. The department that took everything was known as the “office of Alien property” (alien as in foreign, not as in the Greys), and after they took a look at everything, they handed everything left over to the FBI. Long story short… The FBI hired an outside engineer from MIT to make sense of everything Tesla had, especially his inventions… and the man they hired… drum roll please… was none other than John G Trump...the late uncle of President Trump.

After studying everything, John Trump determined nothing dangerous in Tesla inventions could hurt the US government. So this conspiracy theory goes, perhaps John Trump lied to the government to keep Tesla’s theories to himself and out of the hands of the government, perhaps to help his own family, who then not only time traveled through time to set up their vast wealth but also cement their power in society.

Now, there is one more thing to this theory, but we’re not sure where it fits in… And it’s so far out in the left-field that it’s going to fly around the planet and smack us in the head. See, President Trump’s mother’s name is Mary...and his father’s middle name is Christ, so… that’s pretty wild. But what’s more...his birthday of June 14th, 1946...was marked by a total lunar eclipse…. so some intense energies were going on back then. Further, many of the early parts of these books, especially the first one, recount Baron Trump’s adventures in the Hollow Earth, meeting with secret civilizations and dealing with the natives there. I’m not saying that this means that Trump is either the next Jesus or the Antichrist, but as far as conspiracies go, there are ideas about both of these on either side of the equation.

Now, we know how this sounds; it’s a pretty wild theory that the Trump family wrote these books or somehow influenced Ingersoll…. Or maybe Ingersoll wrote his books as an expose to warn us… Whether it’s true or not, it certainly is one hell of a coincidence! If you wanna see a funny slant on it, Jamie Fuller wrote in Portico that the character of Baron Trump is often "precocious, restless, and prone to get in trouble, often mentions his massive brain, and has a personalized insult for most of the people he meets”….which sounds familiar to someone who shall not be named… and apparently… Leigh Scott is currently working on a movie adaptation of the books that we might see in the coming years…..so keep an eye out.

So, what do you think? Could Trump be a time traveler? I mean, what a crazy idea… yet, maybe sometimes the truth is stranger than fiction. Strangest of all might even be the connection to Back to the Future 2, in which Biff uses a time machine and becomes Donald Trump! And we should probably say, too, that interpreting this theory should probably not be so rigid and literal. Perhaps the nature of time travel isn’t physical traveling, but a sending of one's consciousness or ideas or information through time to the past and future. There’s a lot of ways that this could go, and even if it is all just one big coincidence and nothing more, you have to admit, it’s fun to entertain! Seriously, they could make a movie about it… Oh, wait… I guess they already did… 30 years ago…

Like many of you, we at Spirit Science have been following along with the myriad of conspiracy theories about everything going on right now, and what we find perhaps the most exciting is how there is an intersection of these topics and our spiritual awakening.

In our upcoming series - The Conspiracy Theory of Everything - we will attempt to look at the greatest conspiracies of all time and how they all collectively fit together to paint a picture of our evolving consciousness!

For us, it’s not so much about definitively saying this or that is true, and there's plenty of that going on already. What excites us sees the bigger picture… Elevating our consciousness to address the seemingly unbelievable and sometimes disturbing realities of the world with an open heart and mind.

We're looking forward to going down the rabbit hole with you. Much love and namaste!"

This video was created by Team Spirit
Connect with the team at https://spiritsciencecentral.com/about