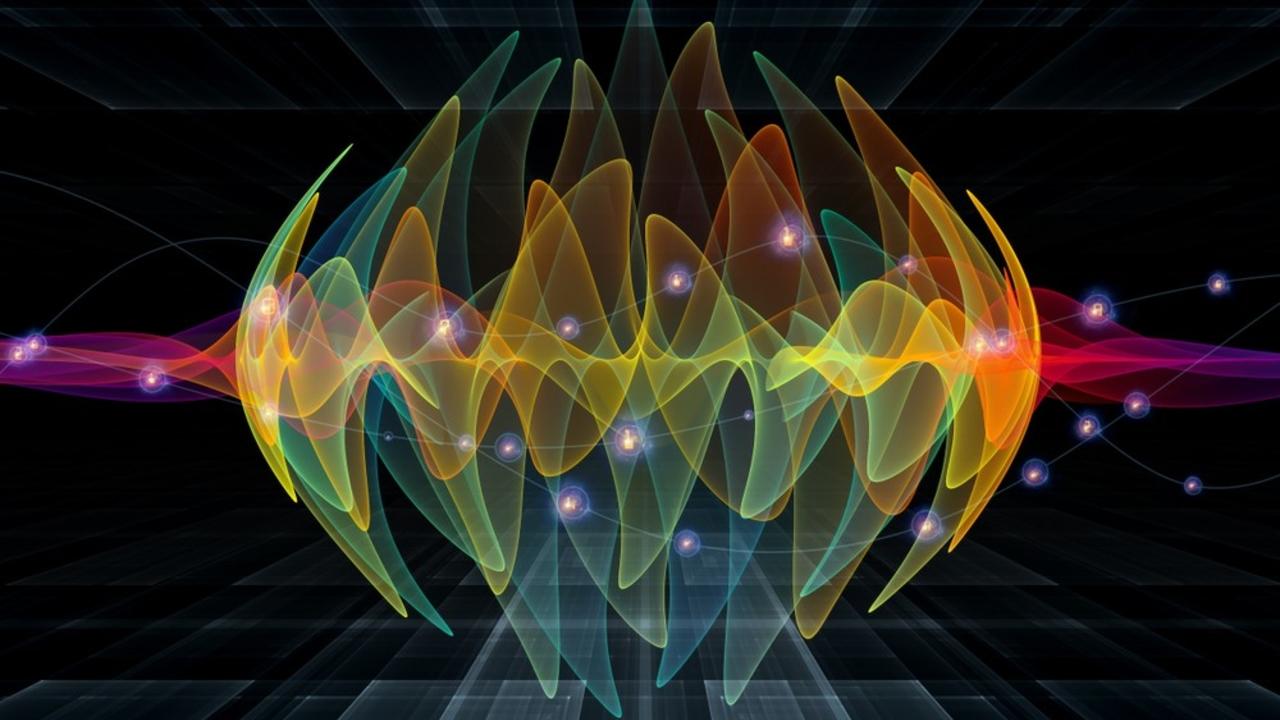 Alongside the more philosophically oriented Neoplatonism, Hermeticism and Kabbalah form the two main systems of Western esotericism. Rather than being competing systems however, the two can be integrated quite neatly into the Hermetic Kabbalah, which can be considered the grand unified theory of Western occult science.

In Kabbalah, the world is seen as being the product of a series of emanations coming from deeper layers of reality that lie beyond the physical. In turn, these emanations are mapped out in a tree diagram known as the Tree of Life.

An infographic explaining the Hermetic Principle of Correspondence with emergent spacetime and quantum cognition. In Hermetic Kabbalah, the Kabbalistic Tree of Life is seen as an emanation map of the inner space described by Correspondence.

However, these deeper layers of reality from which the world emanates sound an awful lot like the “inner world” or the world “above” as described in Hermeticism, which likewise produces the lower physical or outer world. Taking this as a cue then, the two systems can be integrated. Suppose we were to equate the emanating world of Kabbalah with the inner world of Hermeticism. The Tree of Life then is seen as a structure existing in the collective inner mental world of Hermeticism. This is the core idea behind Hermetic Kabbalah.

Here the Principle of Correspondence can be analogized to a computer’s hardware, which relates the physical world to the program that produces it. Following this analogy then, the Tree of Life is the software that runs in the inner mental space described by Correspondence to produce the “virtual reality” we call the physical spacetime world.

When this is translated into physics, this inner space is of course the quantum cognitive Hilbert space that also happens to be the realm behind spacetime in emergent spacetime theories. If this is the case though, and the Kabbalah describes the “programming” going on in this realm, then shouldn’t there be some clues in the Kabbalah to the physics of this realm?

It happens that there is, and it’s quite a doozy. The Quantum Hermetica documents the existence of details of quantum computation in an ancient Kabbalistic text known as the Sefer Yetzirah or Book of Creation!

A short video looking at the possibility of qubits being described in the Kabbalah.

To keep all of these superposed 1’s and 0’s straight, quantum computer scientists describe qubits in terms of something called a Bloch Sphere, after the physicist Felix Bloch who invented the concept. A Bloch sphere maps out the states in a qubit and the operations of the qubit in Hilbert space. This topic is quite detailed and goes beyond the scope of this blog. However, Bloch Sphere’s have a unique set of properties that are precisely paralleled by a curious description seen in the Sefer Yetzirah, as TQH notes1:

“It would not be wrong to think of this Tree of Life as a map of the ‘program of archetypes’ generating the virtual reality. In fact, one Kabbalist text, the Sefer Yetzirah or ‘Book of Creation,’ appears to provide a very good description of a twenty-two level Bloch Sphere:9.

“These twenty-two letters, the foundations, He arranged as on a sphere, with two hundred and thirty-one modes of entrance. If the sphere be rotated forward, good is implied, if in a retrograde manner evil is intended. For He indeed showed the mode of combination of the letters, each with each, Aleph with all, and all with Aleph. Thus in combining all together in pairs are produced these two hundred and thirty-one gates of knowledge.

“The Bloch Sphere is a mathematical representation of the state space of a qubit. Here states are arranged on the surface of a sphere in pairs with an axis for each pair of states. Pure states, meaning single states, are on the surface of the sphere, whereas mixed states or permutated combinations of the pure states are located within the sphere.10,11 Each such permutation corresponds to a different superposition of states, which would process a different probable outcome within the quantum state.

As you can see, the description is the same. In both cases both involve states arranged on the surface of a sphere, which are then placed into superposition or combination with each other2. Operations are done in both cases by rotating the sphere3. Moreover, the reference to “two hundred and thirty-one modes of entrance (into the sphere)” in the Sefer Yetzirah neatly parallels the fact that in a Bloch sphere the superpositioned states are on the interior of the sphere4, whereas the pure individual states are on the outside. The language used to describe these as “gates of knowledge” is interesting as well given that what is being described are the building blocks of quantum logic gates.

The description is a perfect match. Yet the former is from an ancient Kabbalistic text, and the latter looks like it could be from a paper describing quantum computation from MIT. How this showed up where it did is a subject for another time. However, it neatly corroborates the picture argued thus far in this blog series. The “inner world” described by the Hermetic Kabbalah that generates or emanates the physical world happens to fit the description of what scientists now call “Hilbert space,” which likewise generates or “emanates” physical reality.

Space on the blog is limited. However, if you are interested you can read more about the details of this in Chapter Three of The Quantum Hermetica here: https://www.amazon.com/dp/B08BF2PNSM

For now, our tour must continue. Next up we will be looking at the science behind our very first example of something that looks like magic in the form of psi phenomena! Stay tuned and until then, happy reading.