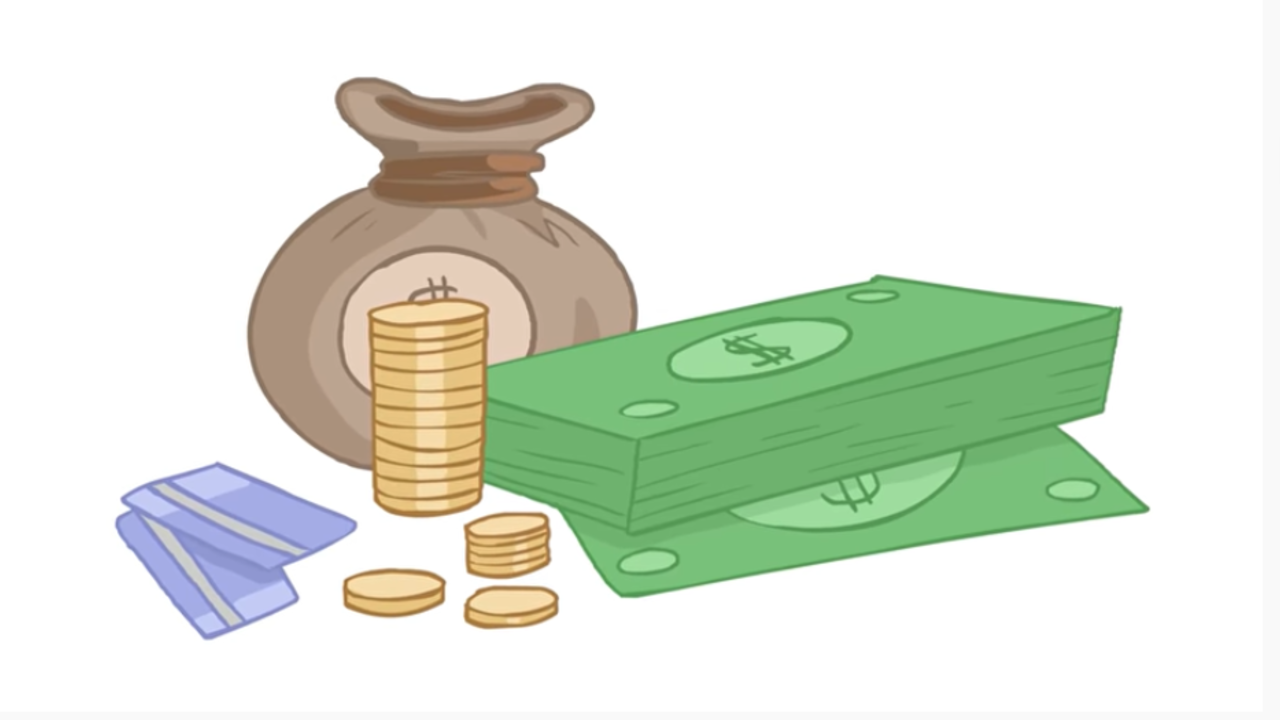 The first time this quote made it significant was actually in the bible, it’s from Timothy 1. What’s interesting about the book of Timothy is that for so long, these writings were attributed to St. Paul, however, it is now recognized by most scholars that Timothy, along with nearly half of the other books attributed to Paul, was inauthentic writings that signed his name on them.

The reason why this is so profoundly significant - is that when you get into the original writings of St. Paul, you find him using all kinds of language that would indicate he was a Gnostic Mystic, practicing an early Christian version of the Mystery Schools. For example, we find him saying things like “We practice Sophia among the Initiated,” both Sophia and Initiation speaking to the Gnostic Mystery Schools.

There are books written about this subject alone, at the top of the list I recommend “The Gnostic Paul” by Elaine Pagels, “The Jesus Mysteries” by Timothy Freke & Peter Gandy, and The Book of Spirit, by your very own Patchman. We’re going to do a whole series about this in the future, but for now, let’s stay on the subject of Money.

The reason I’m sharing this with you is that many of St. Pauls original writings were very pro-mystic teachings. Still, later on, the Roman Empire adopted Nicene Christianity and forged some letters from Paul, including the book of Timothy - where they say that Money is the root of all evil, along with related phrases like "But I suffer not a woman to teach, nor to usurp authority over the man, but to be in silence." Jeez, Timothy, you hate money, women, what’s next, same-sex relationships? Indeed *sigh*, sorry I need a sec Seeing things like this makes my stuffing come out. *patch man putting his stuffing back in his head*

As you might be aware of, the Holy Roman Empire passionately and violently insisted that everyone follow their specific version of Christianity, leading to a very depressed society and culture that would be both very patriarchal and impoverished for at least a thousand years, and these belief systems are still lingering around in our consciousness today.

It’s wild, and I posed this very question in a poll on Instagram and Facebook a while back. I asked, “The root of all evil is…, either Money or Ignorance”. The response was pretty divided, with about half of the audience saying that money was the root of all evil!

But here’s the thing! That myth *play it’s a trap meme* It’s an idea that keeps poor people poor just by believing it. Think about it, and if you are weak, and you believe money is the root of evil, you’re going to consciously, or subconsciously, avoid having it at all cost. Having money will, either consciously or subconsciously, makes you feel like you’ll be going to hell, and so you get rid of it the moment it shows up!

So what’s the moral of this story here? I think Ayn Rand said it best with her legendary quote.

Money is only a tool. It will take you wherever you wish, but it will not replace you as the driver. --Ayn Rand

Let’s look at another money myth. Specifically, the way that wealthy people are commonly viewed in society. There is an ingrained mentality that “rich people are all greedy jerks,” right? Often people with wealth are wrapped into the “Elite ruling Illuminati” class of the world, just because they have money. The more money you have - the more likely you will be associated with the Illuminati by conspiracy theorists.

Now, you’ve probably heard this one, “filthy stinking rich!” right? This common belief sets a standard for yourself that you could never have lots of money because anyone with money is filthy, and stinky too! If all rich people are greedy jerks, and you don’t want to be a jerk, right? So it’s probably best that you’re not rich. But the thing is, it’s a very limiting perspective. Today many millionaires in the world do their best to use their money to make life better for everyone - but if you’re only looking to see the worst in wealthy people, then it doesn’t matter how many benevolent millionaires there are, you won’t be able to see them.

Now, let me be clear that a lot of money has been made extorting others in the world, and that’s not a paradigm that I support. I get that this is where a lot of our negative collective associations towards money comes from, but we have to temper that attitude by observing others who have done brilliant things with their wealth. Take Vishen Lakhiani, for example, the founder of Mindvalley. He and his team have created a massive and beautiful online platform for the education of what regular schools forget—teaching the art of living extraordinary, fulfilling, and happy lives. Mindvalley is just one example out of thousands of people using their wealth for good.

If we adopt the idea that all rich people are greedy jerks, then our minds automatically try and find ways to throw shade at good-hearted people. Even if you genuinely don’t like certain people for whatever reason, we have to take into consideration that they’re people too, and they’re doing their best with the position that they’re in to make a positive change in the world.

If we are willing to look at money differently, as something that we can use benevolently for the benefit of humankind, then we open up the potentials of us earning it and stepping into a new way of life for ourselves and those around us.

Money Myth 3 - It’s All About The Deals!

Now, speaking of our collective relationship with money, let me show you something both funny and exciting. To begin though, I’d like to introduce you to my friend Ariel! She’s one of my new artist friends who is helping to create this very video, and when I spoke with her about this script, she sent me this picture after with a lol attached. It’s a meme that reasonably describes our collective relationship with money and perspective of value.

To me, this meme accurately describes a mindset of lack. We’ve been conditioned to think in deals instead of what’s truly valuable. The result is that it becomes easy to miss out on potential opportunities to invest in ourselves and our personal growth.

See, that’s also the other side of money, not just making it, but spending it- which is so valuable for us to learn and integrate into our lives. Every time you spend money, you are investing your energy into what you believe is worthwhile. So the question then becomes, what do you value most in life? Yes, you could spend a thousand dollars on video games, or, you could spend that same thousand dollars on a backpacking trip around some foreign land, or maybe taking a specialized course to help you get better at doing something you love.

James Frick said it best when he said, “Don’t show me where your priorities are. Show me where you spend your money, and I’ll tell you what they are.”

It looks like I'm running out of time, but we still have a few more essential money myths to smash! So we’re going to go quickly through these next few, okay?

Money Myth 5 - You Have To Be A Cheapskate

You’ve probably heard the financial gurus talking about living on a budget, and so live on the cheap and save money away, and one day you’ll have a big pile of dollars! However, the idea here is that you create your reality, and if you’re focused on this cheap mentality, then that’s what you’ll continue to build. On the other hand, if you change your thinking, focus on generating wealth rather than pinching pennies, imagine how your reality could be different? This also relates to another money myth, which I’ll throw in here - You have to get wealthy very slowly. So you believe, so shall you create.

Most people believe financial freedom means having enough money, so you don’t have to work. But this myth is broken because having financial freedom today doesn’t mean you’ll have financial freedom tomorrow. Instead - use the term “Financial Confidence” - this means knowing you have the skills and ability to make money, no matter what happens. It means you never feel you have to be at the mercy of external forces when it comes to your financial life. This is what it means to be indeed open to allowing that cosmic energetic stability to permeate your experience, as we discussed before.

That brings us to the end of our money myths, but in closing, I’d like to share something special with you.

Many of these Money Myths came from a brilliant book that I discovered recently, that catapulted me on a journey of transforming my relationship with money. The book is called F.U. Money, by a man named Dan Lok. He explains that your F.U. Money simply means it’s the “enough is enough” number - where you have enough money, you don’t have to take any crap from anyone anymore, like rude bosses or mean managers and so on.

Everyone’s F.U. Money number is different for everyone, and it is the number you need to live that life that you want to. Throughout the book, he not only breaks down the money myths, but he also provides some precise instructions for moving towards a life of freedom and financial confidence right now.

The best part is - this book is free! If you are ready to transform your financial life entirely and live a life of wealth and prosperity - my highest recommendation is to start where I did, and go download F.U. Money and give it a read. Be warned, this book is intense, but it hits where it counts, and for those who are ready, it could just be the catalyst for a significant change in your life.

Thank you. I’ll see you again next week for more spiritual money!