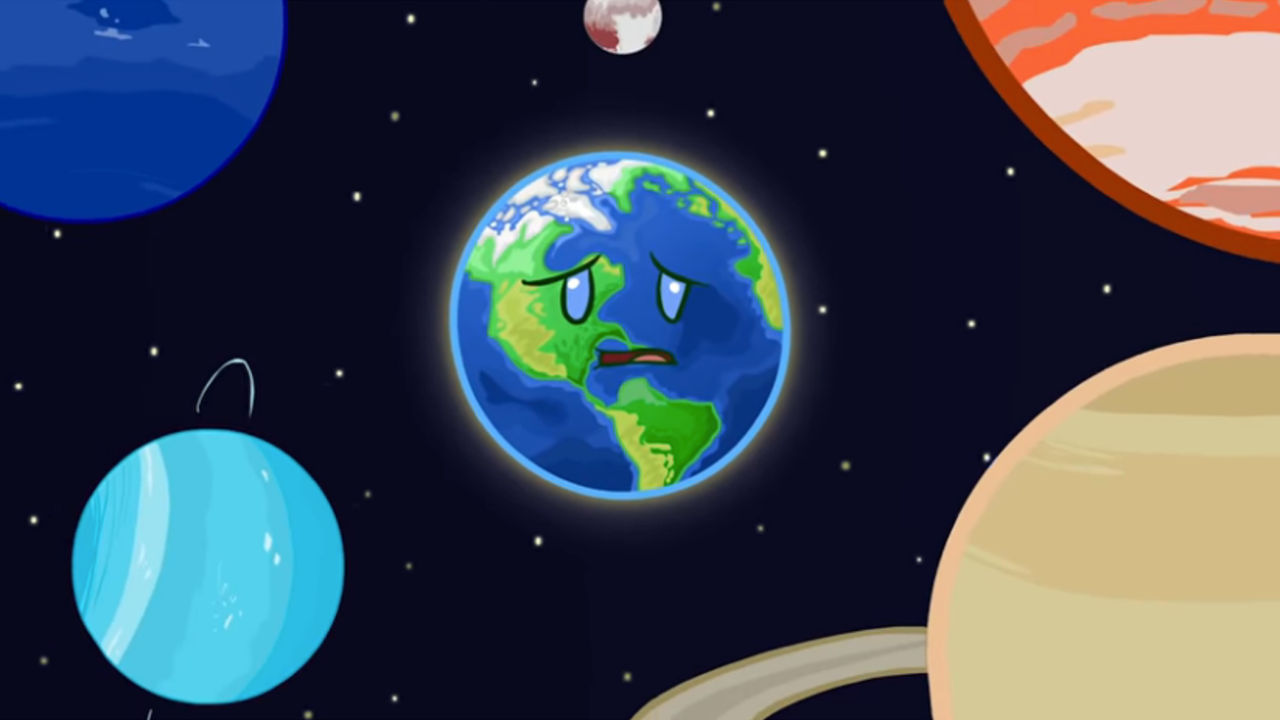 In Astrology, there’s something called a Conjunction, which is any time that two planets line up with each other in the sky, which is said to strengthen the energies of the two. With great conjunction happening between the outer planets, Jupiter, and beyond. 2020 is a year of several great collaborations. It all began in January with the Saturn Pluto conjunction, and as of April 5th, Jupiter is lining up with Pluto, and very close to Saturn. I'd like to discuss the conjunction of Jupiter Pluto, more specifically, which is what’s happening right now. By themselves, Jupiter is said to bring expansiveness to anything that is going on, and Pluto brings about transformative change, death, and rebirth, and also - it makes big things small, and small things big.”

Curiously, when looking at the history of Pluto Jupiter conjunctions, we see this recurring theme of extreme magnification. I’m going to take you through a few key dates in time and show you what I mean. Every single date aligns with a Pluto Jupiter Conjunction, and some of them include other planets too. But before I do, I just want to thank Patrick Watson and the AstroTwins for their work in compiling this information! Okay, here we go!

In 1571 - Johannes Kepler was born, a man who devoted his life to the stars, and whose insights would profoundly broaden humanities views of the skies - though it’s interesting, because even though today he is considered a revolutionary scientist, to Kepler - astrology and astronomy were completely interweaved as one unified system.

In 1596 - Kepler published the Mysterium Cosmographicum. In 1608 he wrote Somnium and invented the Keplerian Telescope. In 1620 Kepler completed his “Three Laws of Planetary Motion,” the work that would be tremendously influential for modern astronomy and work that even inspired Isaac Newton to build off of when scientifically describing motion and gravitation.

Now while all of this was happening, in 1590, we see a Jupiter Pluto opposition, where they are across from each other in the sky, and we have the invention of the compound microscope and the first telescope. However, the first patent wasn’t filed until a bit later.

Continuing in this, in 1623, Antonie Van Leeuwenhoek - the father of microscopy - was born, and like Kepler, his scientific method was bound hand in hand with his spiritual faith. He became the first person to observe microscopic life in 1657, another Jupiter-Pluto conjunction.

Okay, time is speeding up, so we’re going to have to go a bit faster now, remember - every single date is planetary conjunction. In 1663, Robert Hooke popularized Microscopic images. In 1838, scientists Schleiden and Schwann formulated cell theory, the idea that all living organisms are composed of cells, a basic unit of life. In 1930, we saw the invention of the electron microscope. In 1894 we saw the birth of Lemaitre, the man who invented the big bang theory - that everything in existence came from an infinitely small primeval atom, which he proposed in 1930 - during another conjunction.

And fairly recently, in 2007, we saw that the New Horizons probe got a gravity assist FROM Jupiter on the way to Pluto. The most meta transit was imaginable. Dang! Hah!

And with all of this awareness, it makes sense that we see a Jupiter-Pluto transit during the Coronavirus Pandemic.

But what does it all mean? What do all of these alignments mean, do the planets rule our existence, are we forever subject to the wheels of karmic fate from beyond our world?!?!

Not really - you see, Astrology is a language. Much like we use English, Spanish, or other words to communicate with other people, astrology is just one of many styles that we can use to communicate with and understand the workings of the cosmos. These conjunctions simply describe energetic alignments that correlate with circumstances on earth, which means that by following and reading the language, we can begin to make deeper connections with the subtle forces that move through all things.

We should consider this particular conjunction to be uniquely special because it’s not just Jupiter, Saturn is also in the mix, which energetically is regarded as a force of responsibility, systems, restriction, learning lessons, maturity, banishing old aspects of life no longer needed, and so on. One of the great experiences that these planets bring is the transformation of our systems, which includes our financial systems and the ways that society connects. With the world and so, each of us is invited to ask ourselves what it is we might be holding onto, and practice letting go, to make room for something much more amazing.

It’s as if to say that it's like the subtle energy of this time in life is in “extreme magnification,” making everything bigger, paired with some responsibility and maturity - but depending on where we’re at as a species, will determine what emerges from that potential energy. If humanity were in a different state of consciousness, then perhaps this energy would have found its expression differently. Maybe we would have learned how to send people into the quantum realm, or maybe we discover a black hole near Saturn and send some people there to try and find a new home wait these ideas sound familiar.

Anyway, the point of all of this is to see the nature of cycles. Today we can look out into the world and see a lot of chaos, a lot of fear, a lot of fighting each other for toilet paper, yes but if we stop for a moment and look up, learn and listen to the language of the cosmos, we open ourselves up to discovering some pretty profound truths about the bigger picture of what’s going on.

The collective experience of Covid19 is a wakeup call. In essence, an opportunity for us to realize that we are living within these higher cycles and movements of celestial forces, and these forces are how we learn to interact with the universe on higher levels, and that if we can make sense of those, we can prepare well for the other changes that are to come. Remember, 2020 has several great conjunctions; this is only the beginning. We kicked off this year with Saturn and Pluto before Jupiter joined the fray and is making EVERYTHING much bigger. The changes that are initiated through this period will last long into the future, forever shaping humanity into a more vibrant species than ever before.

Now, how can we take all of this information, this awareness, and make it practical?

First, I think it’s essential that we allow ourselves to relax a bit, especially if we’re feeling anxious from the collective fear that is raised over the Coronavirus pandemic. By seeing that this isn’t unprecedented or out of nowhere, but the closure and re-opening of a cosmic cycle that is here to teach us lessons, it gives us the space to breathe. Shifting our mindset from doom and gloom to opportunities to learn and grow is one of the best things we can do for ourselves.

Second, considering this is a time of magnification, now is a great time to zoom into our own lives or the world around us and learn. So many of us are quarantined at home right now, living in isolation, and yet so many of us have the whole world at our fingertips through our computers. Use the opportunity to learn, to grow, to evolve your awareness. Learn something new! A new language, a new topic, a new meditation, whatever it is, just learn something new!

We must acknowledge that we are the creators of our reality, and collectively we are the ones who are going to have to deal with this pandemic at hand. The truth is, this is the first global event in a long time, that acts as a unifying point in history as the world sets its focus on the same issue, and not in conflict with each other, but against a force that’s hard to quantify. This is like a shallow impact version of something like a great flood, some narrative that universally affects everyone's lives at the same time. While everyone’s attention is focused together, there is a fantastic opportunity to spread love and compassion for each other and the whole world.

So if you want to dive into the deep end, I’d like to offer you a download of the new Emerald Tablets of Thoth the Atlantean - the Aquarian Edition. This is a new modern edition of the Emerald Tablets, which I was guided to produce after a visionary experience with Thoth himself, and today you can get this free download on the Spirit Mysteries website. Enjoy!